The Way He Faced Death (Knowing He Had Life)

Andrew Kippley took an early exit Home last week after a courageous fight with cancer. He faced Death like a soldier: on his feet with head held high.

Back in July, Andrew — the nephew of family friends — gave me permission to share his story and poetry here. He dropped by a few days later, leaving his thanks to you in my comment box. You had prayed, and he wanted you to know it meant something.

His User ID in the comment box was “takemefaraway98.” I daydream about what he sees now, in that faraway place. Andrew once wrote about a “special place” with a gentle breeze and golden sand. 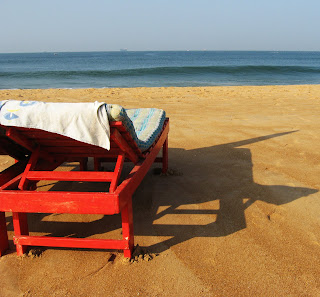 He wrote this of such a place: “This is my special place. My one spot.
It’s my dreams.
To think such a perfect place exists,
to think nothing is wrong with the world.
For now, I must stick with the place I have created ’til one day,
when all is well, and such a place is not required. A place where even that little sand crab walks by, but doesn’t nip your toes.
Where even the lowest of animals, including I, feel important and at home.
My special paradise home.”

A few months ago, Andrew was told that there were no more treatment options left for his cancer. He could look at life one of two ways: One breath closer to dying. Or having another breath in which to live.

Andrew was diagnosed with a neuroblastoma — a form of infant and youth cancer — when he was a toddler. After 10 cancer-free years, the ninth grader from Minnesota found out last month that the cancer had returned.

Drugs could have slowed the progression, but Andrew didn’t want to spend his days sick. He wanted to live.

He’s the sort of kid who had this quote on his Caring Bridge page: “When life gives you a hundred reasons to cry, show life you have a thousand reasons to smile.” At the beginning of his chemo treatments, he walked down the hall singing, “Ain’t no mountain high enough” with his IV pole in hand. He kept a day planner to keep track of the things he wanted to do, people he wanted to see.

And he wanted people to know that if this earthly life is “but a breath,” we ought to start living like it. He wanted us to see the world “through the eyes of a dying man.”

Andrew gave me permission in July to reprint a poem he wrote. I’m reposting it here today in his honor.

Andrew — You lived well, to the full.
Enjoy your view.
Savor your reward.
May it be more than you could have imagined.

Through the Eyes of a Dying Man
by Andrew Kippley
Through dying eyes, it’s a new world I see.
The colors are so much brighter.
The little things grow bigger day by day
And burdens grow even lighter.

As times grow shorter, you’d think I’d grow sadder
But it makes me cherish everything more.
And with each passing day, it’s easier to say
Live this one like never before.

And as sadness looms, I grow in faith.
As I trust in God for safety
this situation is out of my hands.
And I know that he will guide me

At a passing glance, there’s nothing to me.
but there’s more than meets the eye.
I see the world in a much different view
Than the average person passing by

And I wish everyone could see the world
through the eye of a dying man
because maybe, just maybe
people would live and see the world like I can.

Photo: Used with permission via stock.xchng.