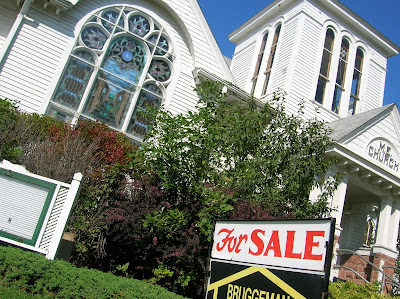 They whispered the last Amen, packed up the Bibles and stuck a For-Sale sign in the front lawn.

You can’t come in here anymore without the real-estate broker, so I dialed him to see if he’d let me in. He seemed to understand what I understood:

Even without hymnals and communion bread and people in the pews, this place was still holy.

He turned the key, and we slipped in through the back.

“I’ll let you have your time here,” the broker, Craig Bruggeman, told me. And he left. 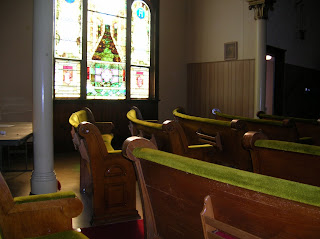 We were alone — this Old Girl and I.
I climbed onto her lap and breathed in her musty perfume. She’s still a beauty – even in death.

I ran fingertips along her pews dressed in green velvet, knelt at her sturdy communion rail, gazed through her stained-glass eyes. I’d never worshipped here before, so I closed my eyes to imagine the life of the Body here: a sanctuary ringed in candlelight on Christmas Eve, a chorus singing Wesley’s hymns, a family who surely shouted on Easter morning: “He is Risen indeed!”

But that was before the Last Amen. 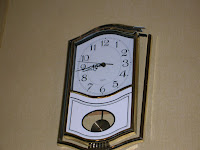 The pews are quiet now. Even the clock on the back wall has stopped.

They told me back in journalism school that reporters ought not cry. But how do you visit the grave without shedding a tear?

I came with pen and notebook – and eyes brimming with tears. And I wrote the first line of her obituary like this:

DATELINE: Inwood, Ia. — The Bethel United Methodist Church, where generations of families grew in God’s grace, has died after suffering the effects of old age. She was 125 years old.

She was preceded in death by many children. Survivors include many more.

I missed the final farewell.

About 70 people — pastors alongside lifelong members — gathered under this steeple last month to pay their respects.

Some had been baptized here,
prayed for their sick here,
delivered their first official sermons from that pulpit,
watched babies grow up and
get married in front of that altar.

But on that day, about 70 people had come for a funeral — a farewell for their church.

“It really did feel like a funeral,” Evelyn Brown, a church member all of her adult life, told me last week. “A lot of tears were shed that day.” But, she added, they celebrated a life, too.

They sang “Victory in Jesus,” and “Lord of the Dance.” They read God’s reminder that life doesn’t end at the grave:

They said goodbye to a church that had become locally known for welcoming anyone into these doors – regardless of reputation, status, wealth. 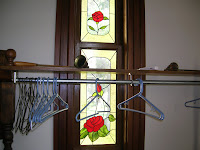 “It didn’t make any difference what you wore,” said Brown, 64. “And if you didn’t get around to shaking a new person’s hand before church, you would make sure you did after. That was the beauty of who we were, and I think that’s why it hurts so bad.”

Even now, Brown avoids traveling through the center of town; she doesn’t want to see her Old Friend on display like that, knowing the life inside has drained. 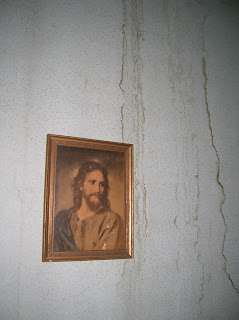 For the last two years, the Rev. Doug Harding has been an eyewitness to this church’s withering. He had been assigned to the job as president of the Iowa Methodist Conference trustees.

“It was kind of like watching an old person die,” Harding said.

And if the church was the one on the deathbed, Harding was – in a sense — the hospice nurse. He watched from the doorway as the heartbroken gathered ’round to say goodbye to an Old Friend.

“We’re dealing with a death in some ways, but the Christian message is that life continues even in death,” Harding said. “Resurrection is part of our belief.”

Last month, Harding changed the locks as church ownership switched hands. He’s now overseeing the sale of the church on behalf of the Methodist conference. This priceless place of worship — where grace flowed down for 125 years — is on the market.

Bruggeman, the real-estate broker, said he’s had some interest in the building. One person has considered turning the old church into a museum; another has thought of turning it into residential space.

But to Jan Hamann, it will always be a place of worship. Her late husband, Ken, served as pastor there for five years.

“I know it’s just a building, but God’s presence was there,” said Hamann, 72. “And that’s where we met God every week. And sometimes, even now, I get a little angry.

“Yet I also realize that you can’t operate a church with 10 people.”

Attendance had dwindled over the years, as older members died. Young families moving into Inwood chose other church denominations and congregations with more children, according to Methodist church members.

So on Aug. 16, they gathered here, in these velvet-dressed pews, for a final send-off. They delivered a final commendation and prayed the Lord’s Prayer. And they walked out those doors one final time, leaving memories in boxes and on old bookshelves. 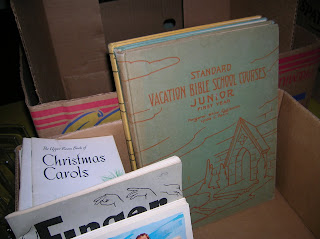 Jan Hamann helped sort through what was left, and found bittersweet treasures in forgotten places. She discovered a large pulpit Bible and opened the page to find an inscription: “To Pastor and Mrs. Hamann.”

“I had forgotten it was there,” Hamann said. “It was very hard to go through these things, these books, and find that parts of my husband’s ministry were still there.” 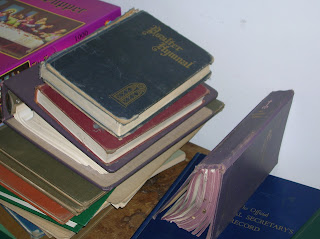 Much of what was left has found new life elsewhere.

Some of Hamann’s books ended up in the hands of a new pastor. The hymnals and Bibles from this place found homes in other Iowa churches. The pulpit may someday end up in a new Methodist church.

But what about the real church: the people inside? Where will they go?

“At first I wondered: ‘What am I going to do? Am I through with ministering? Is this the end?’” Hamann recalled last week. “I kept praying that God would show me where he wanted me.” 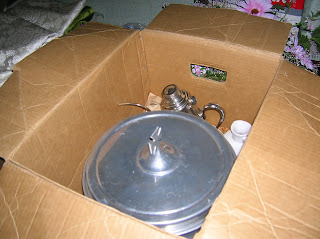 But she’s found new life, too. She was welcomed by a church east of here. Others are finding church homes, too.

But the pain still cuts deep.

Jesus said his followers ought not hold too tightly to the things of this world, which moth and dust destroy. Instead, he said “store up your treasures in heaven.”

Even when we know the Truth, though, it’s hard to say goodbye. It’s painful to drive by a church with a for-sale sign out front — even for those of us who weren’t members of Bethel United Methodist Church. The Bible says that as believers, we rejoice with those who rejoice, and we mourn with those who mourn.

So, on that day, in that room tinted in stained-glass colors, I mourned.

For I knew the Truth: Even when the building falls, the church still stands. The church is not building. It’s a people. And Easter people cling to a cross, an empty tomb and the promise of life everlasting.

(And everyone said … Amen.)

My thanks to the members of the Bethel United Methodist Church for letting me tell their story, especially to Jan Hamann and Evelyn Brown. And Jan, sweet one, you are not done ministering — for you ministered to me even this week. You radiate!