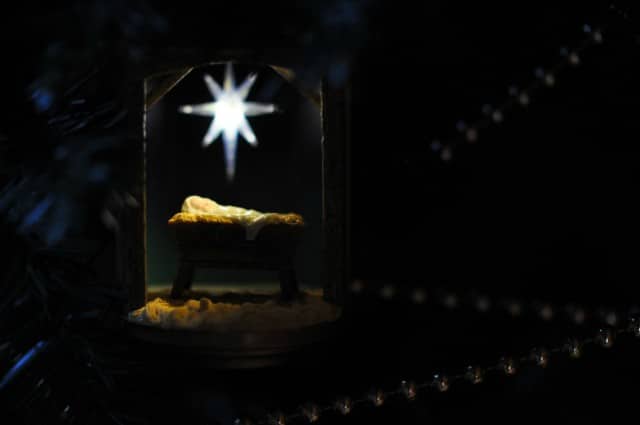 It’s that time of year, when a little ruckus rises up over whether we ought to tell one another “Happy Holidays” or “Merry Christmas.”

By now, folks have analyzed the latest Starbucks coffee mug designs. We noticed whether our friends’ greeting cards were imprinted with secular or sacred greetings. And generally, this time of year, there’s a political uproar over the whole thing. The president got in on the debate, clear back when he was running for office. “We’re going to be saying ‘Merry Christmas’ again,” he promised. It’s a promise he’s personally kept.

The other day, a woman at the grocery store wished me “Happy Holidays.” A part of me longed for her to tell me, “Merry Christmas.” But then I felt a check in my spirit.

I’m talking about us. 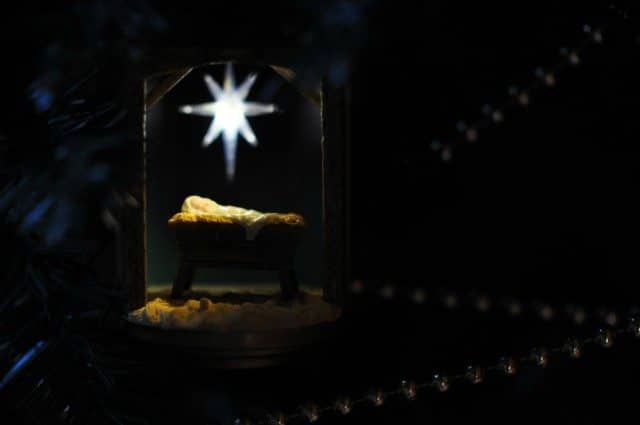 Do we really know what we’re saying when we say “Merry Christmas?” Do we really mean what we say? Because if we really mean that we merrily celebrate his birth, we are saying we also unite with him in his death, his resurrection, and his call to make disciples.

If we really mean “Merry Christmas,” it will cost us something. It may cost us everything.

It might mean giving until it hurts. It will probably mean standing on God’s word, when culture shifts away from it. It will definitely mean sacrifice. And it will mean we sacrifice with joy. MERRY Christmas.

I’m sorry if I am stepping on your toes, but let me tell you this: I’m also stepping on mine.

I’ve been saying “Merry Christmas” to everyone, everywhere I go. But am I really willing to make myself uncomfortable for the sake of the gospel?

I say “Merry Christmas,” yet I turn against Jesus again and again, forgetful and unrepentant, and twisted in my thinking. I lose my focus at Christmas. I spend more time on Amazon Prime than with Scripture. Don’t forgive like I should. Demand my own way. Stomp my feet. Get really bossy with God. Doubt. Man, have I doubted Him.

Christmas is all about Jesus. And it’s positively dangerous. It’s dangerous, because we are owning the name associated with a holy God and His only Son. This alone should cause me to kneel — or fall flat on my face.

I’m going to go out on a limb here and say that I really don’t think Jesus cares what we say to each other at the grocery store. I think He cares about how we’re living our faith in a world desperate for His light and truth.

Do our whole lives say “Merry Christmas?” Or just our words?

Here’s what Christmas really is:

Christmas is pick up your cross and follow,
and spend yourself on behalf of the hungry,
and act justly, love mercy and walk humbly with your God.
It is The Way of the contrite and broken.
It is not my will, but Thine be done.
It is “blessed are the poor in spirit,”
and a rejoicing in our suffering.

It is salt and light and fruit of the Spirit. It’s always, always “prepare him room.”

It’s a cup and broken bread.

It is the belief that Christ is our only hope, that heaven is our future home, and that we get to do His work right here, today, before we go there, someday.

Christmas is not a word for your greeting card, but a way to wrap your whole life around a cup and a cross. It’s not an empty promise for prosperity, but investing our very lives in each other because of an empty tomb.

Merry Christmas is happily agreeing to “love your neighbor as yourself” — even when your neighbor looks an awful lot like your enemy, or someone who doesn’t believe the same things you do. Christmas also commands this: “Go and make disciples.”

It’s a walk on water, hyssop on the lips, and a belief that Christ is the central figure of the most radical story to hit planet Earth.

If you tell me “Merry Christmas” at the Barnes & Noble Bookstore, I hope you know that the biggest problems of this world can’t be fixed with a self-help book. They can only be fixed with three nails.

Christmas believes that an enemy prowls, but that a King wins — that the battle isn’t over, but the war is already won. 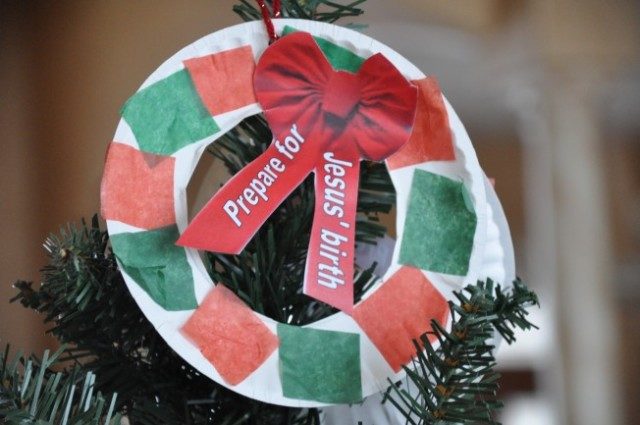 I won’t deny it: Christmas People believe in crazy things. We believe that God’s Son descended from Heaven to Earth — not so we can have a party on December 25, but so He could die a horrific death and carry people’s sins away.

Scripture whispers that scandalous truth that Jesus wants our ragged, rule-breaking hearts, these hearts that have spurned Him. There’s a word for it: grace.

These are the foolish ways of the Christmas People. And so, then, I shall be a fool among them.

Today, I say to you with all the boldness I can muster: “Merry Christmas.” And when those words cross my lips, I don’t even know the half of it. I don’t really know how much it cost my Lord and Savior, Jesus Christ. Someday, I will. Until then, I’ll say it to you, and I’ll say it out loud for the sake of the gospel:

The Light of the World stepped down into our darkness.

And that changed everything. 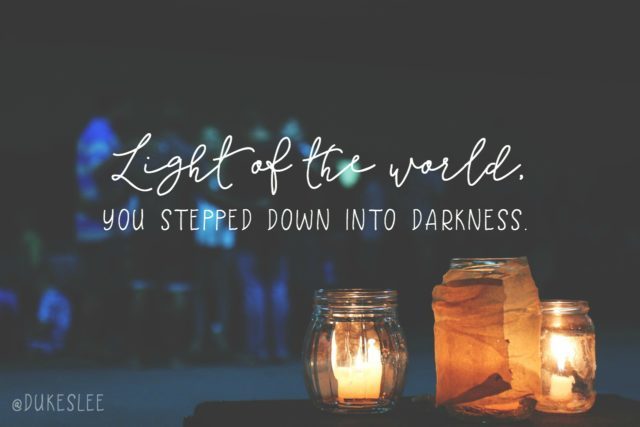 Our featured writer this week is Rachel Lee. “Is it possible that we dismiss what God is doing right before our eyes, because we expect it to look differently?” What a question to consider this Advent… and what a beautiful story of the gift of her unexpected pregnancy. Find Rachel here.