Late (But Right on Time)

← Previous Next →
I study the Nativity and see myself in its characters:

I’m the peasant girl on the fringe,
who wonders: Dare I enter?

I’m the breathless shepherd,
brow still beaded with sweat from all the running.

I’m the sheep,
bleating in the presence of a newborn King.

I’m Joseph,
flabbergasted and tongue-tied that I’m Family with the Son of God.

But today, on this day when I study the molded figures at the stable, mostly I am:

One of the Magi
who studied the Scriptures
and found Him in Word
(but not in my heart)
Then I chased a Star
and showed up late
(but just in time)
to drop to my knees
and worship. 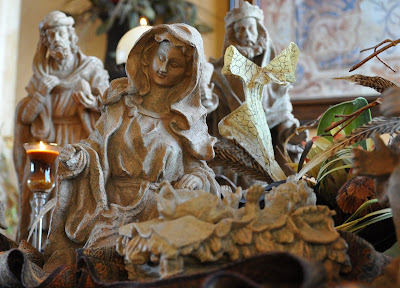 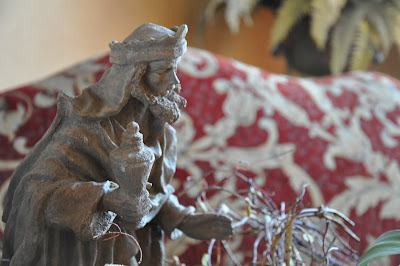 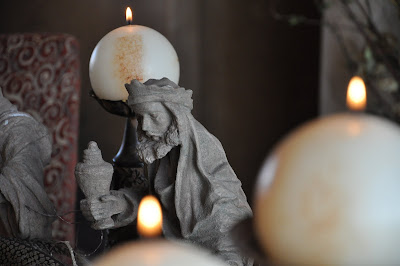 The Magi in my Nativity are near the manger, but Scripture says they didn’t show up until much later. They followed a star, a moving star, to the King, now in flesh appearing.

The Magi came with gifts to see God in a little boy’s body. Overcome, they fell to their knees in worship.

And I, too, fall before the Christ.

I grew up knowing the stories, looking and hoping for a Messiah, and following a moving Star on the promise that this pilgrimage of the Word would not return void.
Unlike the Magi, I strayed from the path, followed other stars.

But the Way in the Manger beckoned me: Come.

I showed up late, bringing Him gifts. I was tardy, yet received a crown.

Today, I fall before Him once again, and He whispers: “You weren’t late. You came right on time: Mine.” 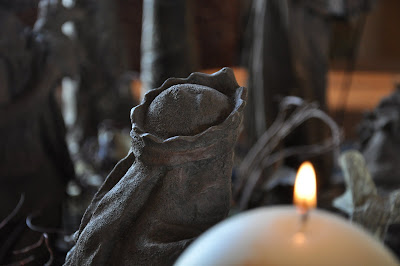 “They could hardly contain themselves:
They were in the right place!
They had arrived at the right time! …
Overcome they kneeled and worshipped Him.”
— from Matthew 2 (The Message)

Today, Lord, I consider the ones who follow other stars. These are the loved ones we lay at your feet, ones who continue to stray. And You remind us: There is Hope in a Child and the Promise of an empty tomb. You remind us that your ways are not our ways, nor is Your timing ours. In this season, we wait on You. And You, Lord? You are never too late. Amen.