How To Make a Jesus-Garden Grow

The way that one small pebble can send a whole pond in motion with ripples. Or how one holy baby makes a quiet appearance on a starry night, splitting open the cosmos with his first gasp of air. And in 2012, how one girl plants tiny seeds for Christ, and behold: gorgeous flowers bloom. 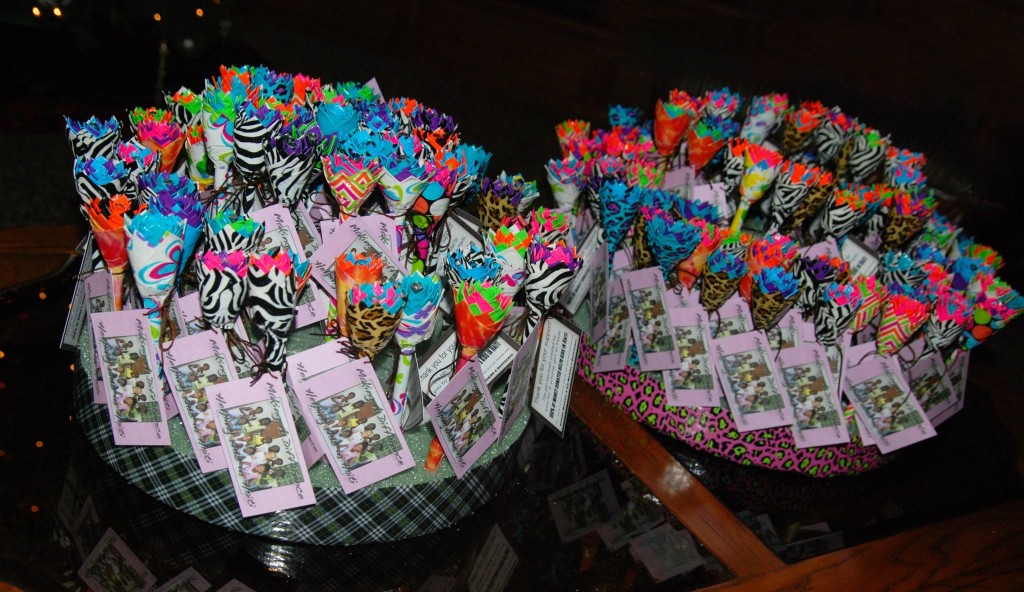 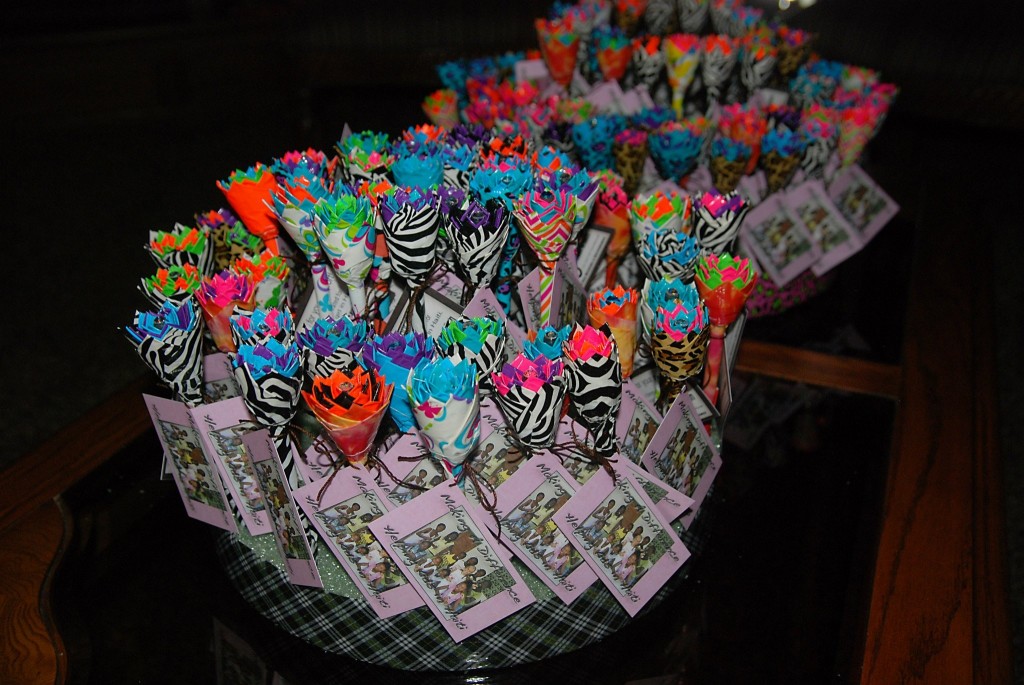 “You don’t have to be a grown-up to do great things for God.” Those were words that Lydia and Anna uttered last month here on our farm.

May I introduce you?

Here she is: Miss Kendra Michael, a 12-year-old world-changer from Iowa. 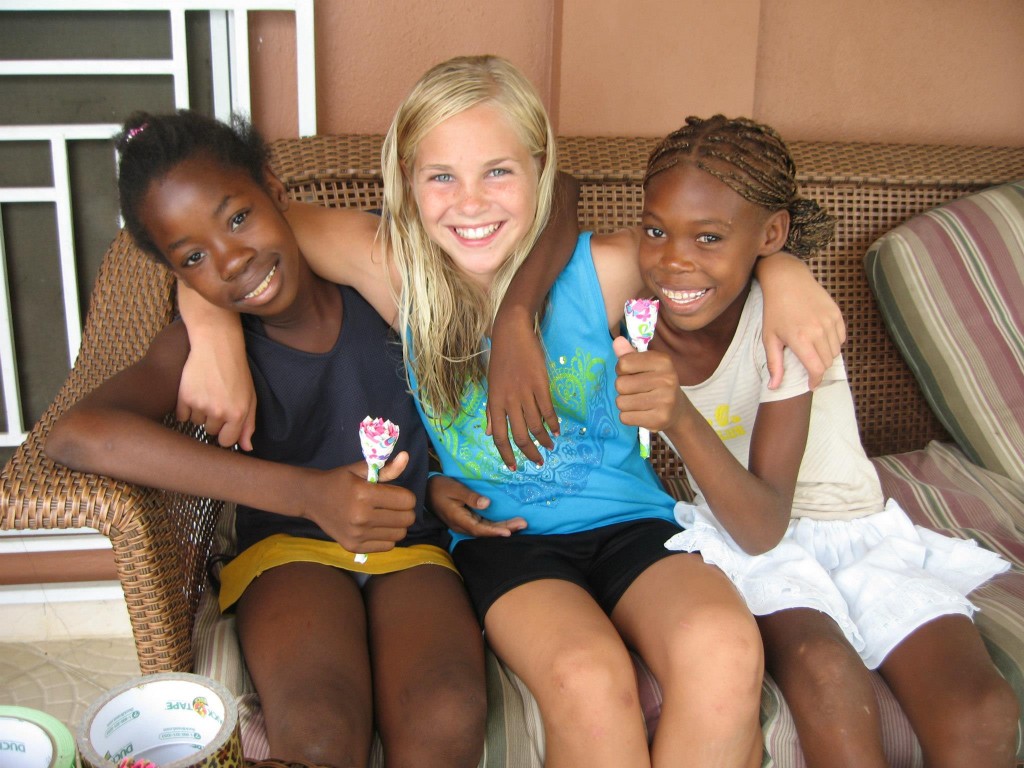 With miles of duct tape and a singular passion for Christ, Kendra is changing the world — one pen at a time. She is setting hearts abloom, making a whole garden of beauty — in prints of cheetah and tie-dye and leopard and polka-dot. 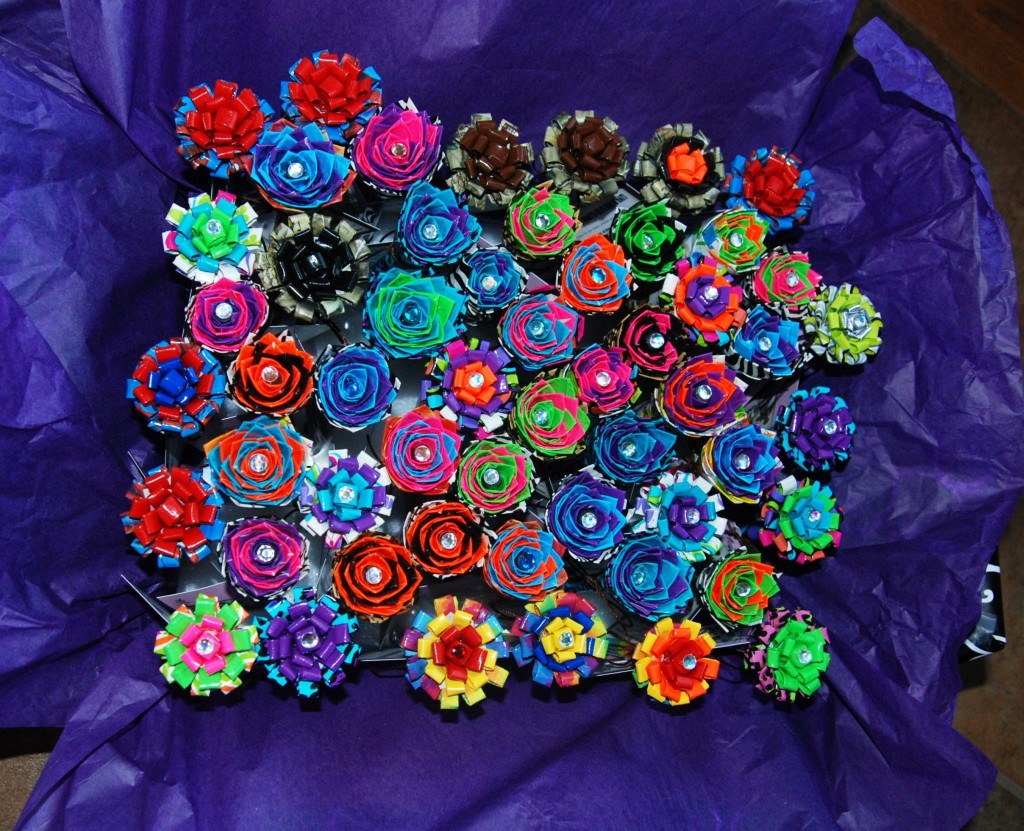 Kendra’s mother — my dear friend Joni — went to Haiti shortly after the earthquake.  After Joni returned home, little Kendra, then 10, vowed that she would go one day, but until then, she wanted to do something to help. Anything. So she began to create and sell duct-tape pens all over our corner of Iowa.

She raised enough money to sponsor a child to attend a Haitian school in Simonette. And then another child. Simonette  is a little village by the ocean — a village of tin huts and rice-and-beans and Haitian song and tumble-down shacks and barefeet on dusty paths, and face upon face of Christ. It’s true: you can spy the face of Jesus in the people there — who are paradoxically dirt-poor and utterly spirit-rich.

Kendra wants to love Jesus more. So she started by loving two Haitian girls. She sells pens, and with the profits, writes a $70 check every month to Touch of Hope ministries to pay for those two girls to attend school.

Did I mention that she’s 12 years old?

I caught up with Kendra Sunday night in a quick interview over the phone.

“I really felt it in my heart; I needed to help,” Kendra told me.

Kendra went to Haiti earlier this year and met her sponsored children. Here’s what happened when Selineda met Kendra for the first time: 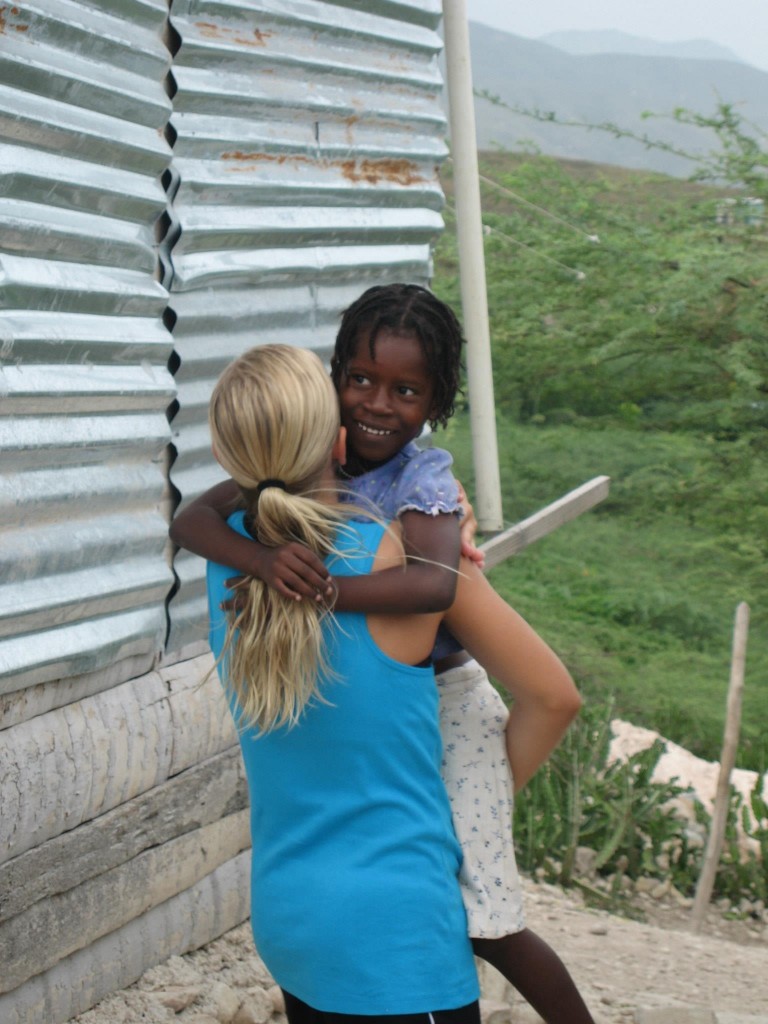 Selineda’s mother told the translator that she had recently had a dream that Kendra would come.

“It was really cool to hear that,” Kendra said.

During her visit, Kendra began to teach teenage Haitian girls in the village how to make her duct-tape pens. That’s when the little garden began to grow deeper and wider, putting roots down in Haiti.With the help of a local missionary, Kayla Grooters, several girls in the village were invited to learn the craft. And now, 15 girls are making pens in Haiti. They are paid a fair wage for the pens, and every pen is sold for $5 apiece, here in the United States. Every single dollar pays for the girls’ wages, or helps support Kendra’s two sponsored children.

“I had no idea this could happen, but it is. It’s happening!” Kendra said.

Here’s how a garden grows: 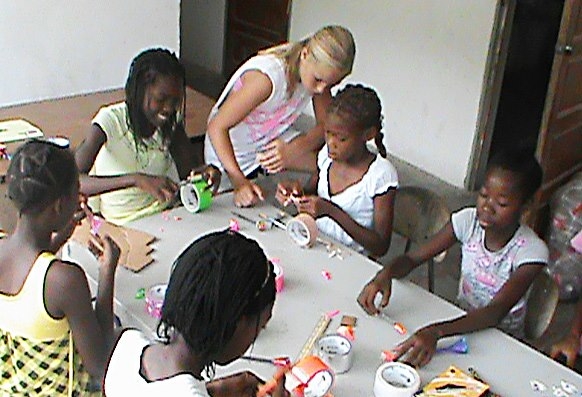 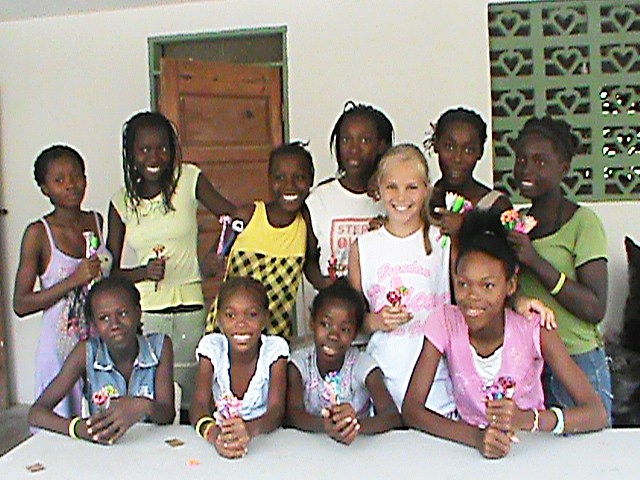 And here are two of the teenage girls whose lives are being impacted because of the pen project. 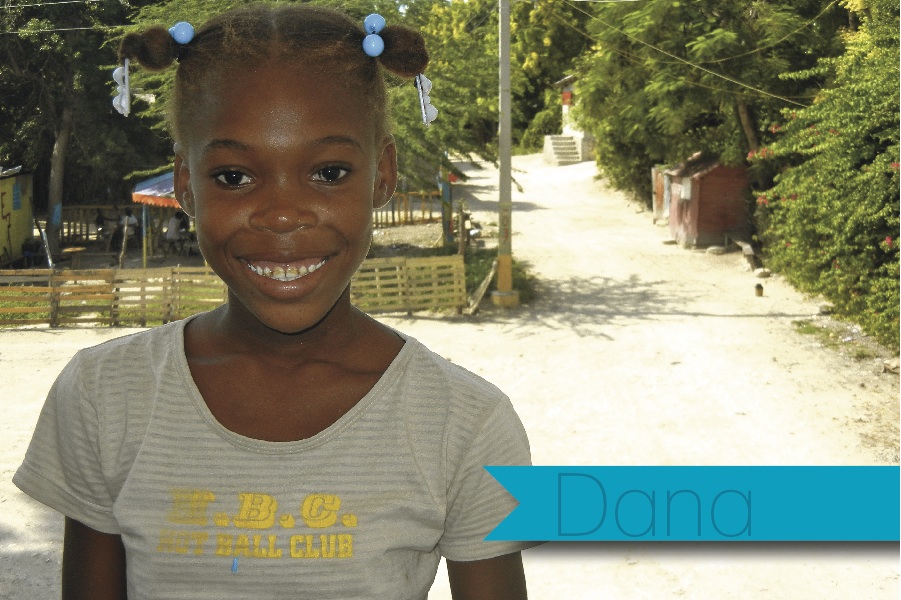 Dana, 13, uses the money she earns to help her family. 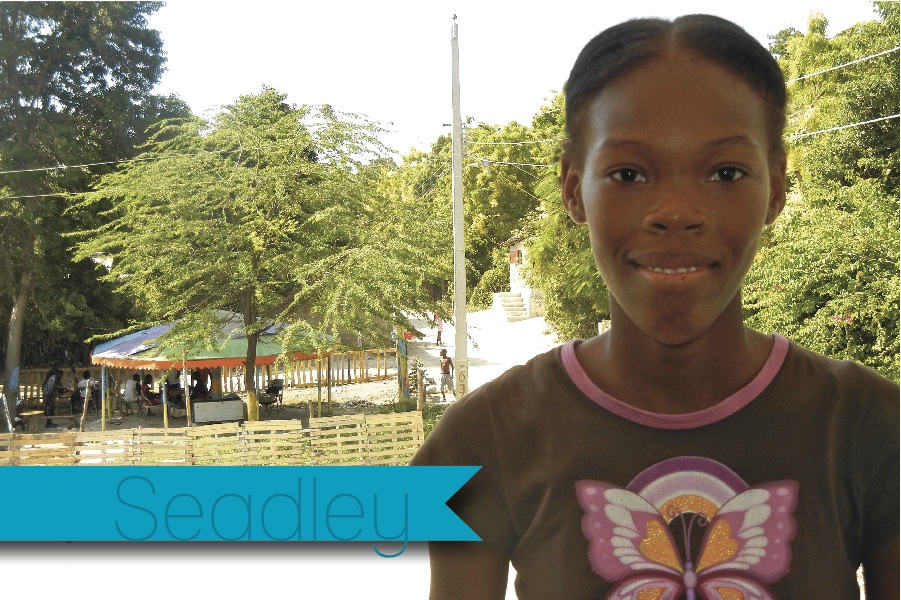 Dana’s sister, Seadley, 16, says she also uses her money to help her family, and to buy school supplies.

In January, our family (all four of us!) will be headed to the same village where these girls make pens. We will be staying with Kayla. We look forward to meeting Seadley and Dana and the other girls. We also are excited to meet the children we sponsor at the school, check in with our friends at ViBella Jewelry, and help build the playground that YOU helped build with Lydia’s recent fundraiser! (We raised all $5,000 … and then some!)

If you are interested in learning more about Kendra’s pen project, you can find her Facebook page here at Kendra Michael, A Kid Making a Difference.