As Jesus People, we carry Christmas in us. We don’t have to look far to find The Way in a Manger. Jesus — the Way, the Truth and the Life — has found a home in us. We are His Christmas people who seek Him like shepherds and wise men chasing a moving, navigational star.

We are the God chasers.

I find these Christmas people among my church family at Our Savior’s Lutheran Church, a little country church whose steeple shines like a sentinel a mile from my home.

On Sunday night, we told the life-altering,
soul-changing,
history-making,
groundbreaking story
of Christ’s birth through pictures.

Over the last several weeks, we have photographed members of our church — from ages 3 to 80 — so we could tell the story of Christ’s birth as a family.

Will you join me the next few days as we follow the story of Christmas as told in Luke 1-2? Through these pictures, we will explore the birth story of Jesus. (And I’ll have the privilege of introducing you to a few of the God-Chasers in my life!)

O Come Let Us Adore Him …

THE CHRISTMAS STORY
(All Scriptures are shortened and taken from Luke 1, in the Message):

“During the rule of Herod, King of Judea, there lived a priest and his name was Zachariah. His wife was Elizabeth. They lived honorably before God, careful in keeping to the ways of the commandments and enjoying a clear conscience before God. But they were childless because Elizabeth could never conceive, and now they were quite old.” 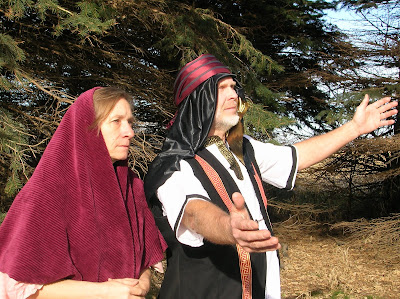 (Real-life God-Chasers Char and local farmer Steve,
posing as Elizabeth and Zachariah)
As Zachariah was carrying out his priestly duties before God, it came his one turn in life to enter the sanctuary of God and burn incense. 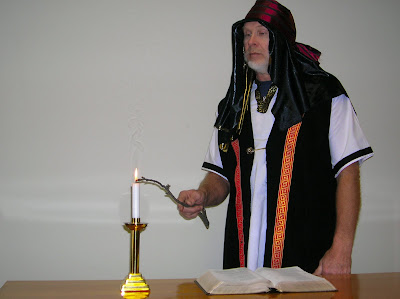 The congregation was gathered and praying outside the Temple at the hour of the incense offering. Unannounced, an angel of God appeared just to the right of the altar of incense. Zachariah was paralyzed with fear. But the angel reassured him, “Don’t fear, Zachariah. Your prayer has been heard. Elizabeth, your wife, will bear a son by you. You are to name him John. … “ 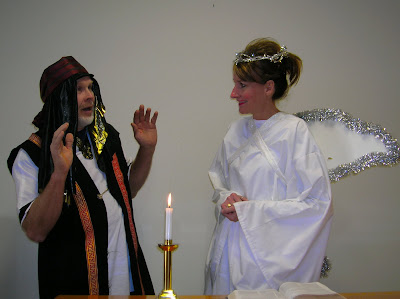 (This photo required multiple shots. Zachariah could not stop laughing at Gabriel,
a part played by our dear friend Michelle, a stay-at-home mom and my next-door neighbor.)

Meanwhile, the congregation waiting for Zachariah was getting restless, wondering what was keeping him so long in the sanctuary. When he came out and couldn’t speak, they knew he had seen a vision. He continued speechless and had to use sign language with the people. 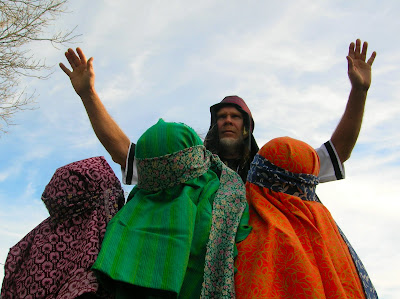 In the sixth month of Elizabeth’s pregnancy, God sent the angel Gabriel to the Galilean village of Nazareth to a virgin engaged to be married to a man descended from the line of David. His name was Joseph, and the virgin’s name was Mary. 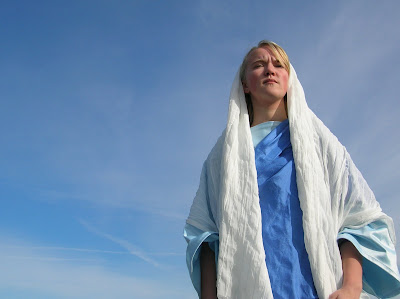 Introducing Tara, 16, who served as our Mary.
(Excuse the airplane contrails in the background.
I’m certain they weren’t flying over Bethlehem (nor was Jesus’ mother a blonde). -smile-)

Upon entering, Gabriel greeted her, “Good morning!” …
Mary was thoroughly shaken… But the angel assured her,
“Mary, you have nothing to fear. God has a surprise for you.
You will become pregnant and give birth to a son and call his name Jesus.
And did you know that your cousin Elizabeth conceived a son, old as she is?
Nothing, you see, is impossible with God.

Mary said to the angel, “But how?” and the angel answered, “The Holy Spirit will come upon you, the power of the Highest hover over you. Therefore, the child you bring to birth will be called Holy, Son of God.” 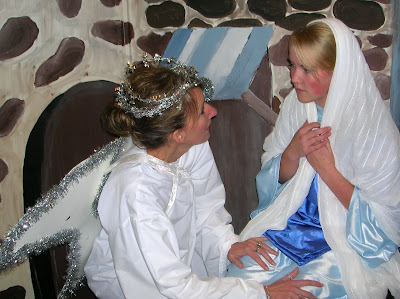 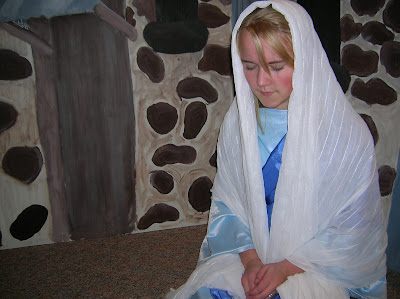 Mary didn’t waste a minute. She got up and traveled to a town in Judah in the hill country, straight to Zachariah’s house and greeted Elizabeth. When Elizabeth heard Mary’s greeting, the baby in her womb leaped. 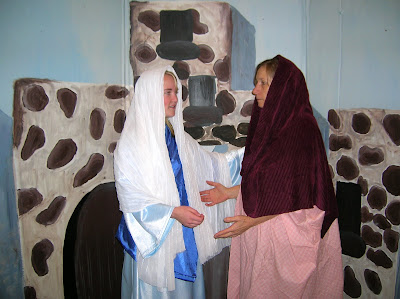 When Elizabeth bore a son, her neighbors and relatives, seeing that God had overwhelmed her with mercy, celebrated with her.

They were calling the baby Zachariah, after his father.
But his mother intervened. “No. He is to be called John.”
“But,” they said, “no one in your family is named that.”

They used sign language to ask Zachariah what he wanted the baby named. 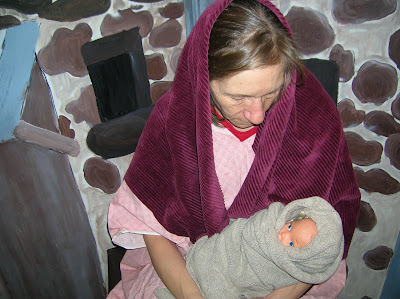 Asking for a tablet, Zachariah wrote, “His name is to be John.”
That took everyone by surprise. … The child grew up, healthy and spirited. He lived out in the desert until the day he made his prophetic debut in Israel. 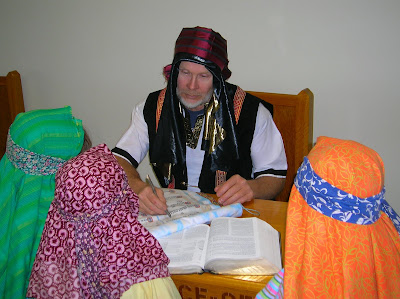 Stay Tuned. The Good News is coming.
And together, we wait …

Each Wednesday, I join Ann Voskamp as we explore spiritual practices that draw us closer to God. Today, we explore “Christmas Coming.”
Would you consider joining us? 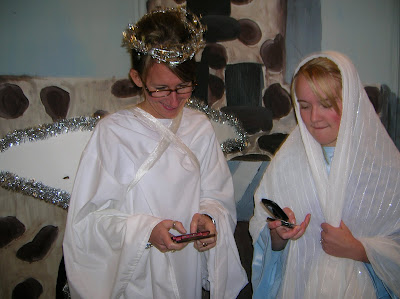