← Previous Next →
From Luke 2 (The Message) We continue to look at the Christmas story through photographs of my church family in Iowa. Click here to see the first piece of the story.

About that time, Caesar Augustus ordered a census to be taken throughout the Empire. This was the first census when Quirinius was governor of Syria. Everyone had to travel to his own ancestral hometown to be accounted for. 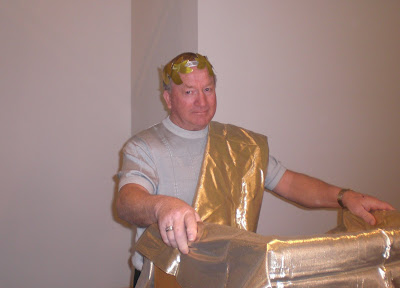 (Meet Les. This farmer is our church’s go-to guy. We joke that he’ll sing at your baptism, read Scripture at your wedding and dig the grave for your funeral. He, indeed, performs all these tasks — and more — for our church.)

So Joseph went from the Galilean town of Nazareth up to Bethlehem in Judea, David’s town, for the census. As a descendant of David, he had to go there. He went with Mary, his fiancée, who was pregnant. 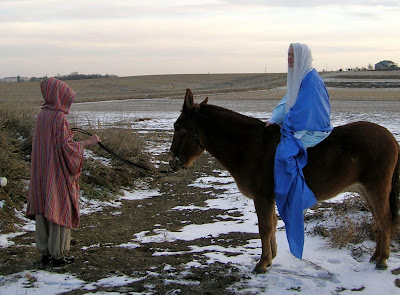 (The “donkey” is actually a mule. Our Joseph here is actually a woman, and the horizon includes farmsteads and power poles. But, you get the idea …)

While they were there, the time came for her to give birth. She gave birth to a son, her firstborn. She wrapped him in a blanket and laid him in a manger,
because there was no room in the hostel. 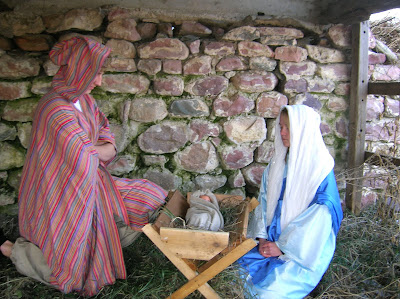 There were sheepherders camping in the neighborhood. They had set night watches over their sheep. Suddenly, God’s angel stood among them and God’s glory blazed around them. 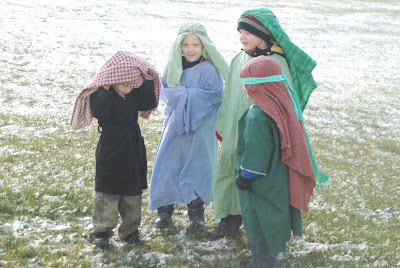 The sheepherders were terrified. The angel said, “Don’t be afraid. I’m here to announce a great and joyful event that is meant for everybody, worldwide. A Savior has just been born in David’s town, A Savior who is Messiah and Master. This is what you’re to look for: a baby wrapped in a blanket and lying in a manger. 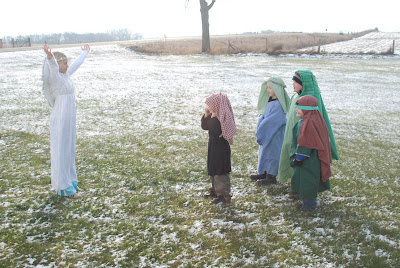 At once the angel was joined by a huge angelic choir singing God’s praises, “Glory to God in the heavenly heights. Peace to all men and women on earth who please him.” 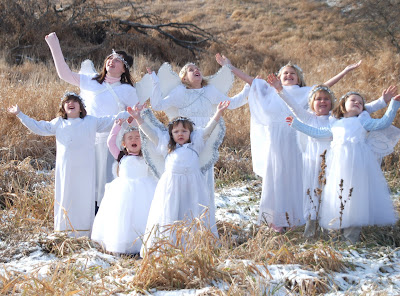 As the angel choir withdrew into heaven, the sheepherders talked it over. “Let’s get over to Bethlehem as fast as we can and see for ourselves what
God has revealed to us.” 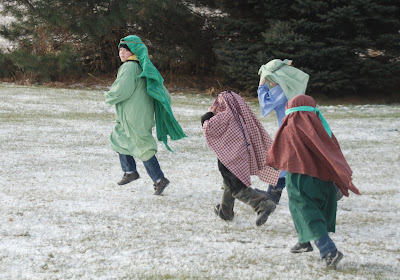 The sheepherders left, running, and found
Mary and Joseph,
and the baby lying in the manger.

They told everyone they met what the angels had said about this child. All who heard the sheepherders were impressed. 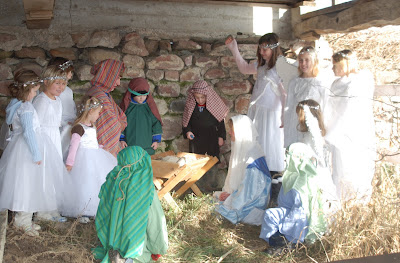 Mary kept all these things to herself, holding them dear, deep within herself. The sheepherders returned and let loose, glorifying and praising God for everything they had heard and seen. It turned out exactly the way they’d been told! 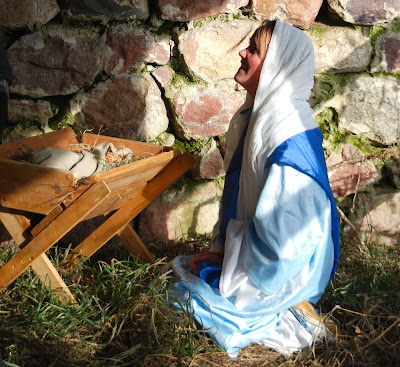