“I have created you and cared for you since you were born.
I will be your God through all your lifetime.
Yes, even when your hair is white with age. …”
— Isaiah 46:3-4 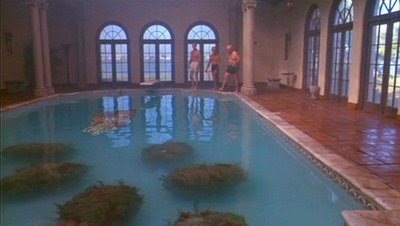 Longville, Minn. — Fred described his church family this way: “We’ve all got gray hair,” he chuckled, “or no hair at all.”

If that sounds like the sort of place you’d avoid on a Sunday morning, well, you’ve never been to Longville Community Church.

That’s where I found myself last Sunday morning, under the A-frame roof of a packed church next to the hardware store in tiny Longville, Minnesota. It didn’t take long to figure out this place isn’t “just” a church. It’s a vibrant gathering of Christ’s Love-Body (a term I borrow from Ann Voskamp).

Away from our own church last Sunday, our vacationing family went here — enfolded in the larger Love-Body that crosses manmade boundaries. We found our place in a wooden pew about halfway up on the right side.

The pastor opened with Scripture, then turned things over to the 20-some folks in navy and burgundy robes.

And that’s when the place erupted in praise, led by a choir with members as old as 93. They belted out “Great Morning” (which it was) and “Get All Excited” (which they were).

These worshippers were born before WWII. They remember Pearl Harbor and the Holocaust. They recall the Great Depression. And they live like they remember it, never spending more than they have, making good on promises, and relying on God to provide.

They’ve had lots of babies; buried some, too. They’ve mothered children through the 1960s. (And we thought we had it rough in 2009.) They’ve sent boys off to Vietnam.

Many of them have fought in war themselves, discovering faith in foxholes and on front lines.

Along life’s crooked path, they’ve discerned God’s enduring faithfulness. They’ve come out on the other side to sing — with eyes closed and bodies swaying — that “The Gospel Train is a’Coming.”

Now, I don’t want to sound age-ist here. I don’t mean to suggest that these are a bunch of old geezers with unusual energy.

I’m half their age, but they had twice my energy. I so often view my life by circumstances, but get the feeling they look at theirs through the prism of eternity.

One of the soloists in the choir had a stent put in a few days earlier — but still sang. The gray-haired saxophonist was diagnosed with leukemia last year — but still played. The room was full of bad knees, new knees, aching backs and replaced hips — and a woman in a wheelchair equipped with a squeaky bike horn. “We’ve got to have more fun in this life,” she told me later, and gave the horn a squeeze.

If anyone had reason to be tired on a Sunday morning, it was this group. But they weren’t tired. They were doing some John 10:10 living on this side of Heaven. 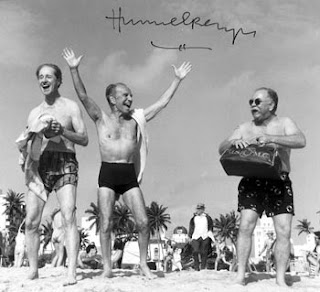 A week later, I sit here at my keyboard, and tears still well in my eyes when I remember my hour in a little Longville church. It could have been a scene for the movie “Cocoon.” In the movie, a group of guys from a retirement home find a swimming pool filled with alien cocoons. The pool is brimming with a lifegiving force. They take a dive and emerge with renewed energy, making them the envy of their friends.

At the Longville church, you get the idea that the folks here have been diving into some refreshing water. And I guess you could say they have been.

They’ve been swimming in Living Water.

It washed over me last Sunday.

And I’m headed back for another “swim” in August.

“Whoever believes in me, … streams of living water will flow from within him.” John 7:38

As you contemplate worship this weekend, may I suggest a post over at my friend Billy’s place? He wrote a brilliant piece earlier this month on the difference between singing … and SINGING.