Wretched Woman That I Am 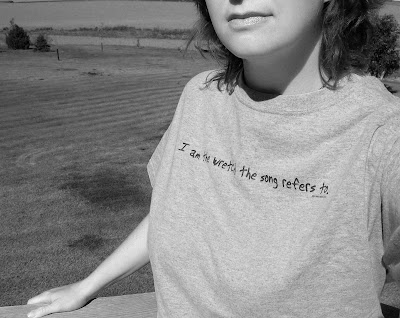 I asked my pastor the question the other day at my kitchen table as I poured him a second cup of coffee: “Pastor, do you think I’m a wretch?”

I neither spit out my coffee, nor threw it at him in disgust.

Instead, I nodded in agreement and responded with this: “And you know what, Pastor? I’d say you’re a wretch, too.”

There was a time in my life when the accusation would have offended me. But that was before I took a good, long look at my heart. That was before I saw myself among the most depraved characters of the Bible.

I almost cringe to read the words I just wrote — which puts me among the worst of sinners. I mean, I barely know some of you and I’m introducing myself as a wretch. For the record, I am an Iowa farmer’s wife, a mother of two, a volunteer, and an adjunct professor at a Christian college. But I am also this: First-Class Wretch.

I am part Pilate and part Peter. I am the doubter, the mocker, the Pharisee.

And I am the criminal on a cross beside Jesus, deserving the punishment He got, but getting a crown instead.

But I am also this: madly in love with the One who would make this wretch His treasure.

“Wretched man that I am! Who will deliver me from this body of death?” — Romans 7:24

A friend of mine knows it, too. She had a package delivered to my front door a couple weeks ago. I ripped into the cardboard box to find a gray T-shirt with the words: “I am the wretch the song refers to.”

More than 230 years after John Newton wrote the words, I feel them in my marrow: “Amazing grace, how sweet the sound, that saved a wretch like me.” So I slip that screenprinted Truth over my head and wear those words as a badge of honor — not because I’m proud of my wretchedness, but because I know the One who covers it.

But to some, my choice of fashion reeks of heresy. The shirt was the source of a week-long debate a couple years ago on a Christian web forum.

One person wrote: “I wouldn’t feel comfortable wearing that slogan. I used to be a wretch in need of salvation, but since God has done this, I am not to call myself a wretch anymore.”

Another wrote: “Paul says we’re the righteousness of God in Christ Jesus, so which is it? Wretched or righteous?”

There are a lot high-falutin’ words like justification and sanctification that you could use to describe all of this — words that this Iowa mama is still trying to figure out. The way I see it, we’re called to become more and more like Jesus every day.

I guess that would be a little bit like saying we’re becoming less and less wretched.

For me, that process has looked a little messy sometimes because of my two-faced heart: I don’t want to be bad, but I am anyway. I know the law, but I can’t keep it. I’ve done much wrong — and by the end of today — I’ll do even more.

I am in constant need of a Savior, stumbling my way Home. As my 8-year-old daughter Lydia says when referring to the act that started this whole sin-mess: “I’d like to rip that snake’s eyeballs out.”

And so tonight, when I go to bed, I’ll bow low once again and marvel at grace. And with a lump in this throat, I’ll whisper my thanks to the only One holy enough to cover my wretchedness. Someone once said that the only thing of our very own that we contribute to our salvation, is the sin that made it necessary.

And that I know very well.

Lord Jesus, I am a sinner in constant need of a Savior — not just once but every single day. Wretched woman that I am, who will deliver this body from death? The answer, thank God, is You. Thank you for your amazing grace, that saved a wretch like me. Amen.

Photo: Self-portrait of wretch in wretched shirt, a gift from Lyla.

(This is a repost from the 2009 archives as I let some other words that aren’t quite ready turn and form on the inside. I’ll be back next week.)