I spread gold-edged pages open on the kitchen counter, this place where we slice tomatoes and marinate chicken and pour milk over breakfast cereal.

I devour words. And this is the best meal I’ve had in a long time. Today even a second-helping isn’t enough. The plate never empties.

I’ve had this meal of words before, but I hunch over top like it’s first time I’ve ever tasted words about the Word. 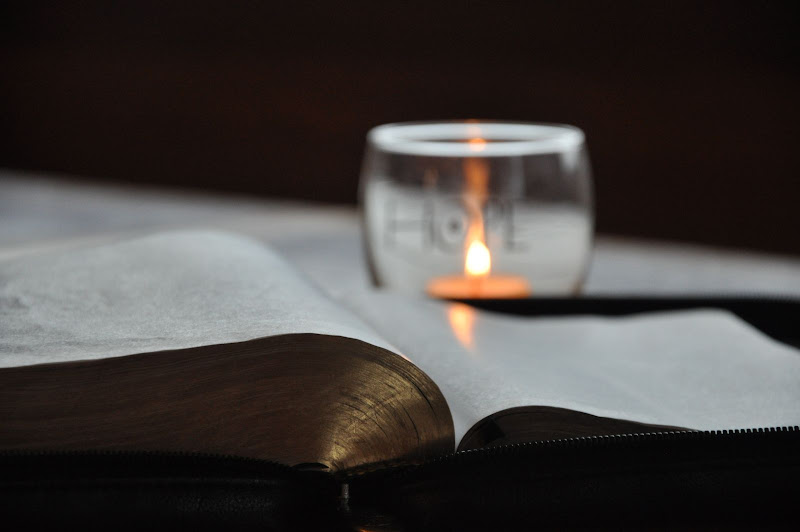 These words slice me through, marinate on the inside, pour over me.

The Word was God.

What am I tasting here? What is this?

Why is He called the Word?

I call my favorite farmer to the kitchen, for he’s dined on these words plenty. I ask him the question, but he answers me with another question: What do you think?

I consider reading the study notes, but that would be like asking for the recipe. I want to test my palate, want to talk it over with the Cook. Want to savor every bite.

I light a candle, and in shimmering light, something flames up in me, too. The Word is living and active, and I want to plumb its depths. It’s more than rhema, words spoken. This is logos, the reasoning behind the rhema.

The God-Man — who is named Word — stands behind His words. He is the reasoning behind the rhema. You cannot separate words from the Word. 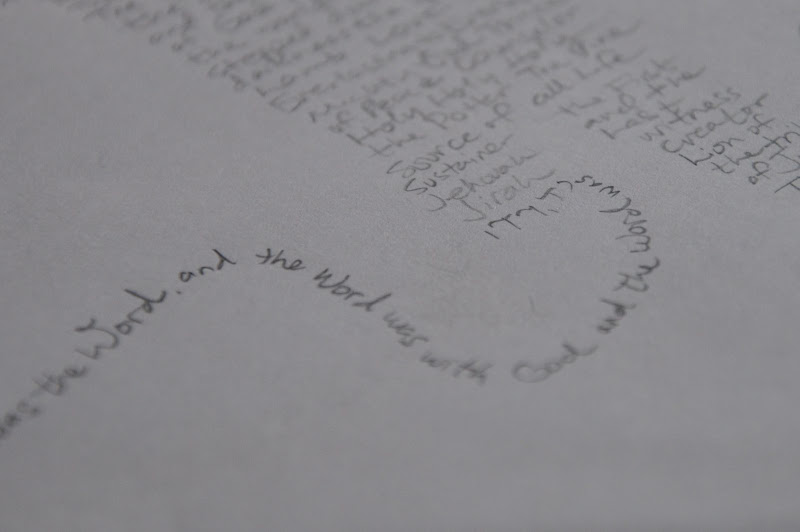 I grab a pencil, and a scrap of paper. I will draw my way toward answers. A friend, Monica, once wrote that drawing is a Bible-reading tool.

With every pencil stroke, I taste His word. Because you can’t separate the God-man from the Logos — λόγος. With words, God spoke all Creation into being — and then wrote His Son into the story.

Word became man, with tear-ducts and fingertips and wisdom teeth and sinews and DNA and fingerprints and elbows that could skin, and tonsils that could swell. He became man with shoulders broad enough to carry a cross up a hill.

Logos became a person, and I press lead to paper imagining how He came to be — and why He’d ever want to exchange Heaven for this place.

I shake my head, awed and grateful. I write more words: Yeshua. Savior. Sustainer. Perfect Sacrifice. Bread of Life. Is there no end to who He is? 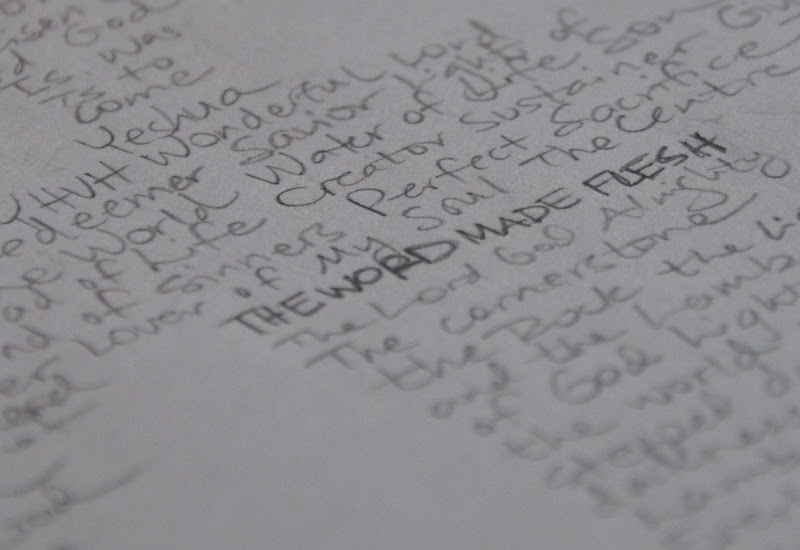 Word, who was in the beginning, swirled through the cosmos down to Earth. And somewhere on Earth a mama whispers a word: “Emmanuel.”

I write more words, all the words I can think of, and still it’s not enough. There just aren’t enough words …

These ancient words? They are more than letters dropped on pages. These words are a Person. 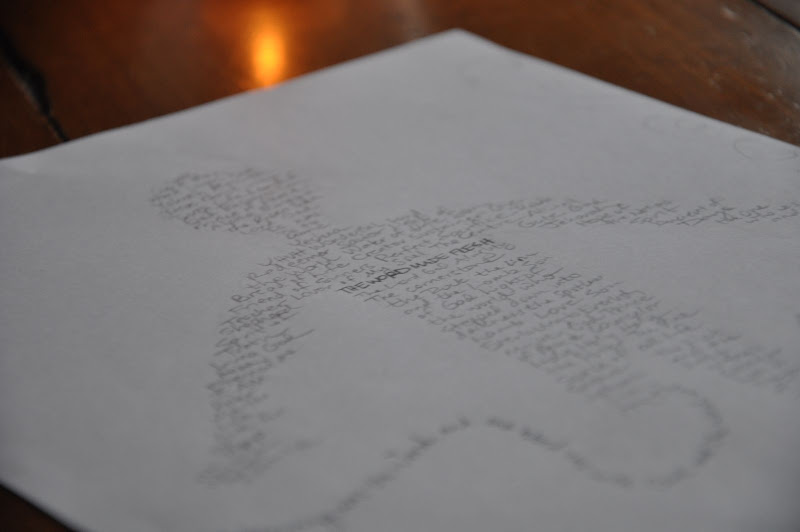 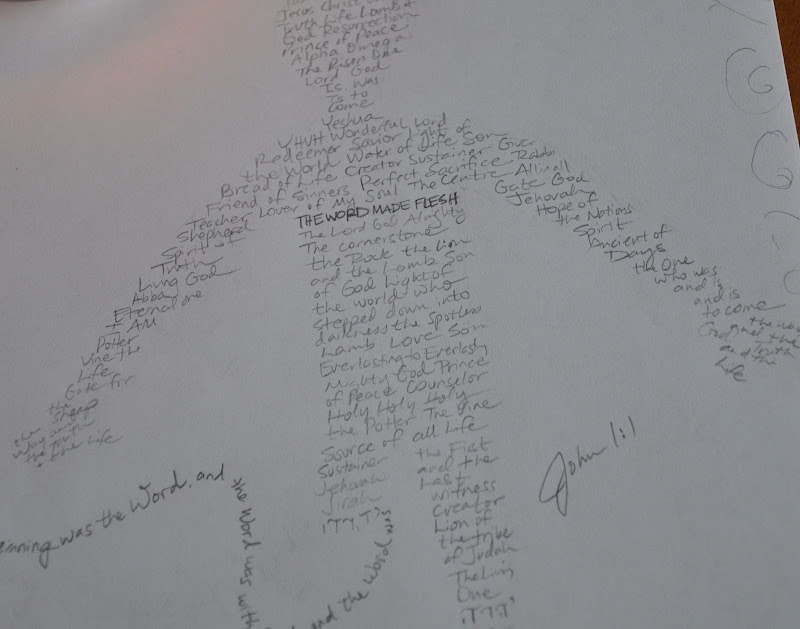 “The Word became flesh
and made his dwelling among us.
We have seen his glory,
the glory of the One and Only,
who came from the Father,
full of grace and truth.”
— John 1:14

Submitted as part of L.L. Barkat’s “On, In and Around Mondays” series at Seedlings in Stone.