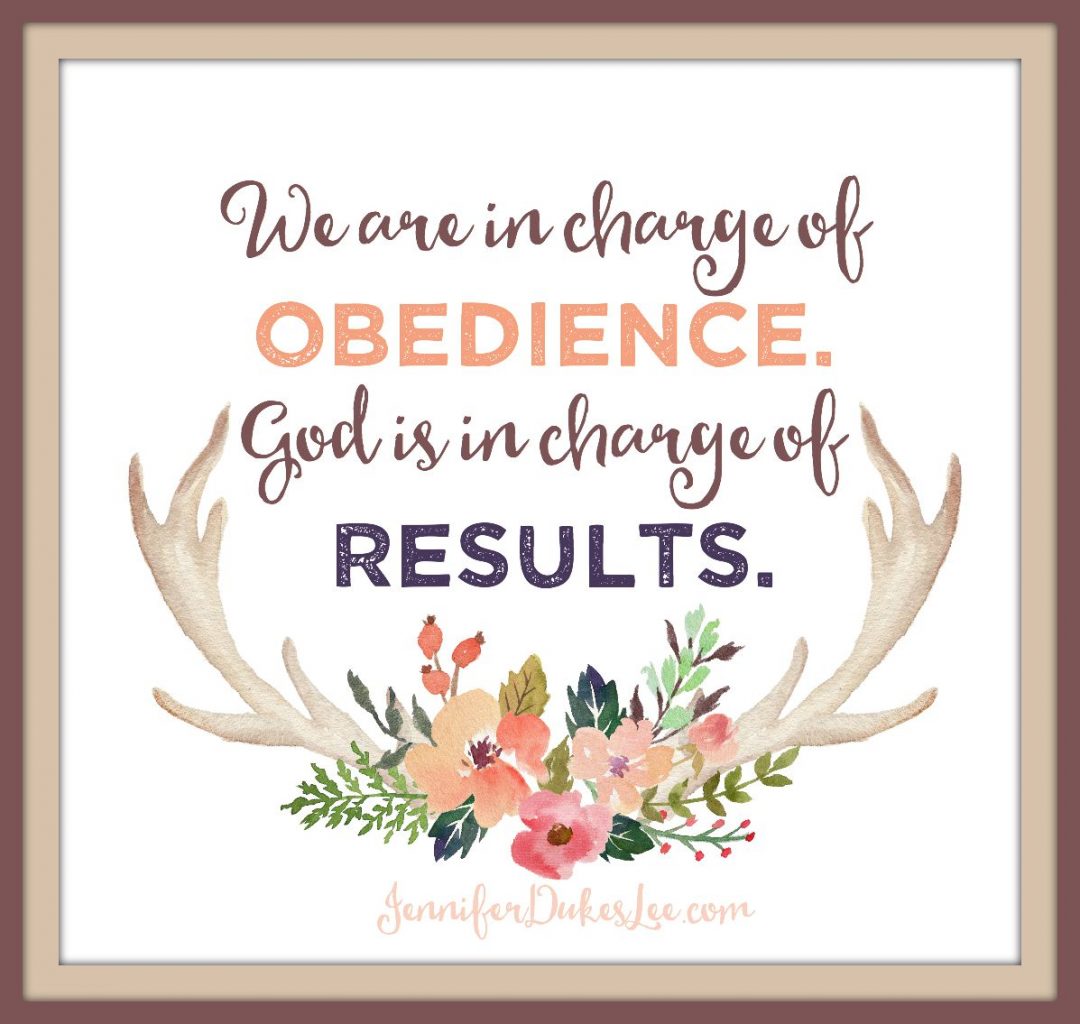 When God Calls You to Do Something Crazy? Go Ahead and Do It. — #TellHisStory

I was at the grocery store with my friend Jenn the other day, and we pulled up next to a beat-up van. An old man was sitting in the driver’s seat.

Papers were stacked up inside his van, like snow drifts. They were piled on the dash, stacked on the passenger seat, and stuffed under the visors. If both van doors had opened, and the wind was just right, I imagined how all those papers would fly skyward in some swirling vortex. The whole parking lot would be cloaked in a paper storm, the color of a blizzard.

We watched through my windshield as the man stepped out of his van. He had arms like sticks, shoved into an old navy suit coat with papers spilling out of the pockets. His hair was uncombed, a raggedy brown mop. He walked with a shuffle. His palms looked like they’d been blackened with oil.

I turned to Jenn.

“You’re feeling The Nudge, aren’t you?” I asked.

That’s what Jenn calls the prompting work of the Holy Spirit: The Nudge.

The nudge is what happens when a person feels suddenly compelled in her spirit to make a phone call, send a card, knock on a door, pay for someone else’s meal, walk to the altar, raise your hand in the crowd.

Can I confess something? The Nudge scares the daylights out of me. Sometimes, The Nudge compels us to do stuff that feels just plain bizarre. But my … how dangerous we would be for the Kingdom, if we always followed The Nudge. How beautifully dangerous.

Jenn and I sat in my car a while, watching that man. I vice-gripped the steering wheel with both hands, frankly a little scared of what Jenn might do. Our kids were in the back seat, silently, waiting to see.

They knew what we knew: God was up to something. We were about to find out what it was.

Sitting there in my car, with my friend and our daughters, I remembered Beth Moore‘s famous “Hair Brush Story.” Have you seen it? I’ve linked the video below for you (email subscribers may need to click here to see it). It’s seriously one of the most precious stories. I’ve watched that video a dozen times or more over the years, and every time, it makes me cry. Short version: Beth encounters an old man with long gray hair at the airport, and God nudges her to do something a little whacked out. He prompts Beth to ask the man if she can comb his hair. What happened after that is pure glory. Please, watch the video!

Anyway, I thought about that story while I was sitting in the parking lot, because Jenn has this Beth Moore-ish quality about her. Jenn has learned that when God asks her to do outrageous things, she better lace up her shoes and get moving.

All six of us got out of my car, and went into the grocery store. I pushed my cart through the aisles, picking up bananas and yogurt and toilet paper.

Jenn? She was at the cash register, paying for a gift card.

I’ll be honest. I didn’t know what I thought about this. A half-dozen questions went through my mind, including:

What if that guy is dangerous?

What if he is offended by this act of charity?

What if he uses the money for something immoral and/or harmful?

The clerks must have been thinking the same thing, because when they learned that Jenn intended to give the gift card to the old man, they summoned her back.

I could hear the whispers while I signed my credit card receipt.

“Do you know him?” one of the clerks asked.

“Well,” the other clerk said, “have we got some stories about him for you!”

It was pretty obvious that the stories weren’t charming ones.

Just as I feared, I thought. This guy’s out of his mind.

But then, Jenn did the craziest thing. She laughed, covered her ears and said this:

“I’m sure you do have some stories,” Jenn said, still holding her hands over her ears. “But I’ve got to live this story. And I’ve got to learn my own stories about him.”

Now, mind you: I was only an observer, not a participant. But suddenly, I felt an overwhelming sense of peace, a certainty that I was getting a front-row seat to someone else’s obedience.

Jenn turned around, walked over to the man, and along with our daughters, handed him a $25 gift card.

“For me?” he said. His eyes widened with surprise and appreciation.

Jenn said something about having seen him before, maybe at our country church for a Friday night supper we hosted for the community? The man nodded with recognition. “Oh yes!” he said.

They shared a few more words, and we left.

On the way home, Jenn and I talked about what the clerks said. I confessed some of my own reservations. And I told her about my sense of peace and inner conviction while she stepped out in faith.

I drove on home, thinking about all of that. I thought about how Jesus did ridiculous things all the time, and how his own family thought he was bonkers.

Read Mark 3:21: When (Jesus’) family heard what was happening, they tried to take him away. “He’s out of his mind,” they said.

Sometimes, we’re all called to be a little bit out of our minds.

You know what? We might never understand why God is nudging us. It may be for reasons far, far outside of our peripheral vision.

I’ve always said this: “When God asks us to do something, we are in charge of obedience. God is in charge of results.” But I confess: I haven’t always lived it. That day, I saw my friend live obedience. 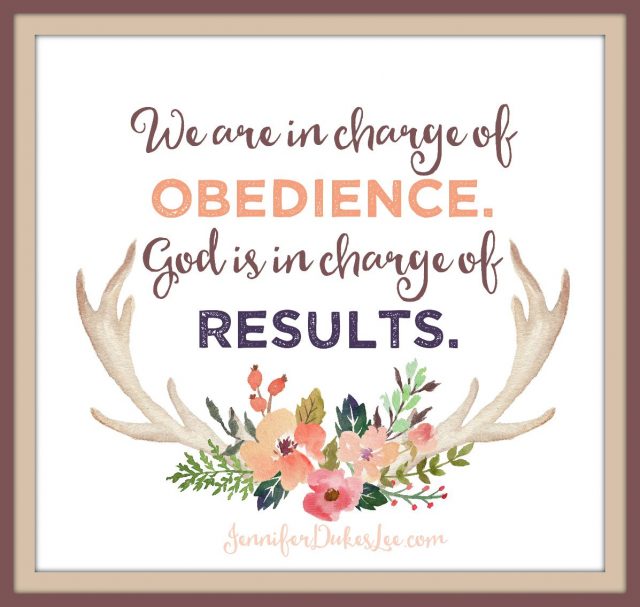 But the story doesn’t end at the store.

On Sunday, our family was out of town. Jenn was at our country church with her family.

She sneak-texted me that morning, from her pew, right before communion was starting. It was 10:20 a.m.  (Sorry, Pastor Rich.)

“Jennifer!” she wrote. “You’ll never guess who walked through the doors! The guy from the grocery store!”

He was wearing the same navy suit coat, with papers spilling out of the pockets. He had the same disheveled hair and dirty hands.

But that morning, he took a seat on a wooden pew, under a tall white steeple, with the family of Christ.

Hey Tell His Story crew! It’s always a joy to gather here every week. The linkup goes live each Tuesday at 4 p.m. (CT). If you would use the badge on your blog, found here, that would be great. And if you would visit at least one other blogger in the link-up and encourage them with a comment, that would be beautiful! Be sure to check the sidebar later. I’ll be featuring one of you over there! Our featured writer this week is by new friend Bev. She has an encouraging post with this great line that I just had to share with you: “Too often I have been satisfied with a tootsie roll when God wanted me to have a Godiva bar.” Find Bev here. To be considered as our featured writer, be sure to use our badge or a link to my blog from your post. 🙂