When Empty Answers Are The Best Ones of All

She comes at me with eyes wide, wearing questions that rumble on her insides.

She’s in her 30s, born in the decade of disco. But she says she’s really only four years old, because she didn’t learn to dance free until 2006.

That’s the year she met Christ.

She grabs my wrists, asks me to come to a quiet place, because she thinks I know the answers to questions eating at her.

My insides rumble, too. I want to have the answers, but rarely do, and I’m afraid she’s going to be disappointed.

We walk through the bunk room of the retreat center, past the kitchen where aproned cooks chatter and spread chicken-salad on croissants. We shuffle past the fireplace, and find two empty chairs in an empty room. (And I pray my answers won’t be empty.)

We sit knee to knee. She gives voice to her fear.

“I’m scared to go deeper,” she says, and her voice trembles. “Sometimes God scares me.”

She paraphrases from Scripture about an angry God who crushed cities, laid out Levitical laws, sweeps with the “broom of destruction.”

“I read those words,” she says. “But sometimes I don’t understand what it all means.”

Four years ago, she started reading Children’s Bibles with neatly-packaged stories about a friend named Jesus, a Good Shepherd, a wise king named Solomon, and a rainbow over an ark.

She’s done with the children’s books now; she joined an adult study. But the words sometimes scare her. It seems everyone knows just where to turn in that big Book, and they all have just the right answers for the fill-in-the-blanks. She Googles for answers, afraid she won’t find them on her own.

“I’ve been in the baby pool, but I’m four years old now, and I need jump into the big-kid pool,” she says.

I nod. I know the fear of sitting on the rim of Scripture, toes dipping in and then recoiling.

I tell her how I used to run from questions because they made me second-guess everything I’d learned. I kept questions quiet. If I asked them aloud, wouldn’t people see a doubting heart between the lines?

I think about the words highlighted in my Bible’s study notes: “Silent doubts rarely find answers.”

I tell her about my Mystery File, the fattening manila folder on my desk back home. It’s the place where I put the questions that remain unanswered. Because Google doesn’t have all the answers either. 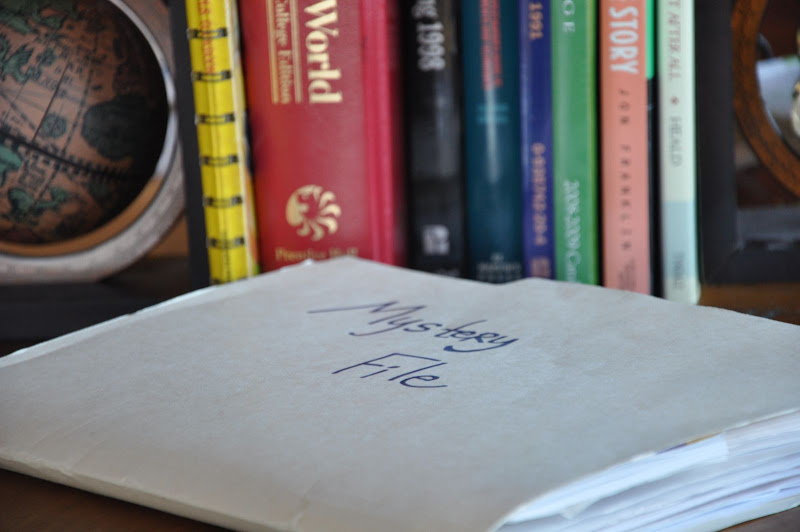 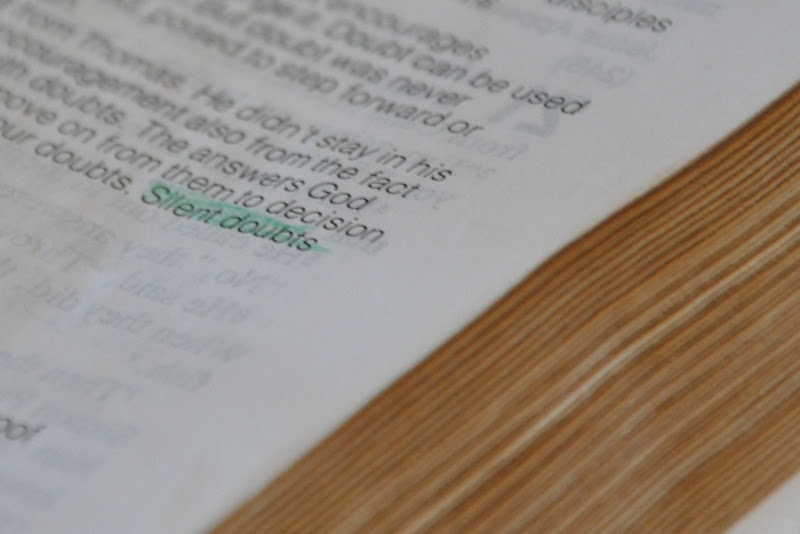 I want to tell her just to stick to the nice stories a while longer. I want to tell her to open pages to the latter third of the Bible. But even the Gospels confound me at times. Jesus has hard things to say, too.

Even the safest stories aren’t all that safe. Most of our faith heroes were tarnished. They murdered, and stole, and got drunk, and said dumb things, and called down deadly curses on people who called them names.

But it was in the questions, I tell her, where I first met Jesus. In the messiest stories of the Bible, we hear voices of the redeemed.

She and I link hands — one woman with questions, and one without answers. And we bow low before the Father who knows every answer. The Old Testament is flopped open on my lap, with a slip of paper stuck in Isaiah. The paper reads: “Keep reading … It’s not the end of the Book.”

I ask her: Could she and I just jump? Could we put on the Life Preservers and dive in, certain that we’ll be buoyed by the Truth of these empty answers: An empty cross and an empty tomb.

And on the count of three … we jump!

Wise friends — yes, YOU! — will you sit at the rim of Scripture with my friend and I? Would you be willing to share your thoughts with my dear sister, here in the comment box, on how to jump into Scripture without fear? Our thanks!