The Valley of Baca

Shadows stretch long, quiet against half-bare fields. A pickup crackles up the gravel driveway, stops by the back door.

I hear voices outside. The neighbor farmer talks to my favorite farmer, just home from the fields. I open the door, and the two farmers are shaking heads, looking out past darkening fields to lights that swirl yellow and pulsate red. There are no sirens, only slow, rotating lights.

My farmer scuffs feet at the gravel. My heart quickens.

I go inside, lean my head against the wall of the laundry room, wait for the men to stop talking. The girls don’t see the lights, and I am grateful. In our home we welcome the questions, but I’m afraid of the answers to the questions rotating outside my back door.

He comes in. His eyes are wide, and they catch mine. He holds up two fingers. He mouths the words: “Two people are dead.” 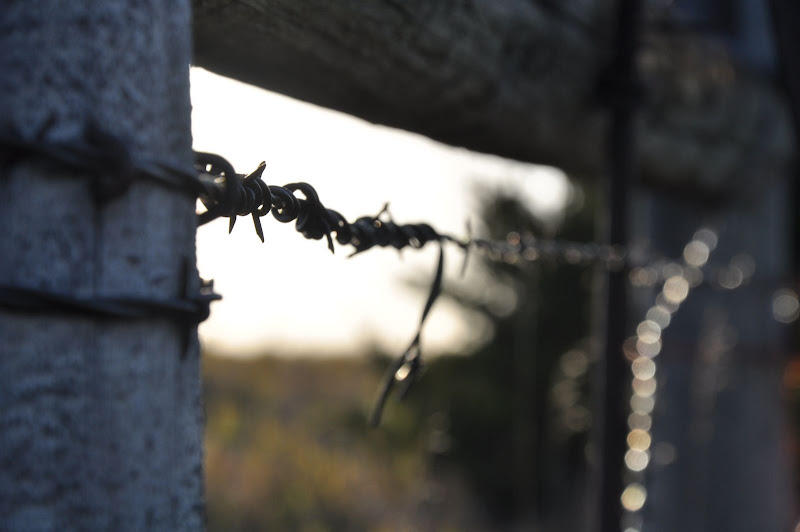 Wasn’t it just hours earlier that I parked by the barbed wire, to climb up the half-naked hill? Didn’t I just call these the jubilant fields? Didn’t I just compare the soybean field to the sanctuary? And wasn’t I just singing the doxology, because the natural response to grace is gratitude?

Meanwhile, down here in the valley, two people parked a half-mile from my house to die.

While I sang at the earthen altar on the hill, a man and a woman with two guns drove across the state line, parked on the gravel road and stepped to the front of their car.

The police report said this: “Evidence at the scene shows both victims were at this scene willingly with a plan to end their lives that day. Both victims died from a fatal gun shot wound to the head.”

(The county sheriff called this afternoon to tell me that the couple had left lengthy notes regarding their plan to end their lives.)

Their last moments were witnessed by an ebony herd of cattle, on a narrow strip of road near a bubbling brook. Half-lived lives were cut short alongside half-harvested fields.

And I know — from reading the online funeral-home guest book — that the woman was a “bright spot” in the life of a friend. I know that she liked Hershey’s special dark chocolate.

And I know that when she was born 50 years ago, her mama gave her a name, Robin. But when she grew up — old enough to decide for herself who she wanted to be — she picked a new name filled with optimism and expectancy:

She named herself Faith Hope.

I sit here at these keys three days later, wondering: “Dare I share this story on a blog with a smiling Jesus at the top?” This is so raw and painful and despairing.

And I sit at these keys, weeping for people I did not know.

I weep for those who despair.

The man at the convenience store’s cash register spoke these words to me yesterday: I wonder what life would have looked like if they gave it just 12 more hours. Maybe they would have found a little bit of hope if they’d given hope one more chance.

And I weep for the ones who wear Faith and Hope on the outside, but who die on the inside anyway. I weep for those who think Hope has been given enough chances, and that Faith has failed them entirely.

All around us — while we worship and sing — the dying are among us. They despair. Do I see them?

***
Father, I will continue to praise Your name on the hilltop. I will sing of your great faithfulness, Lord. But, Father, I beg you: Keep my eyes open for the pained ones suffering in the Valley of Baca, the valley of tears.
In Jesus’ name. Amen.