Praying for an October Snowstorm

Maybe it’s because we used to read each other’s stuff when hardly anyone else was reading our stuff.

Maybe it’s because I so easily find myself in the middle of his stories about common, ordinary people like me.

Or maybe it’s just because he’s the kind of guy who sees people not as fans or followers … but as friends.

No matter the reason, the truth is this: Billy Coffey feels like an old friend to me. 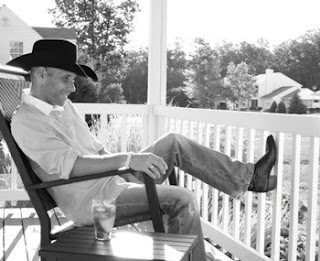 Meet Billy Coffey, 38, a husband and father and writer from Staunton, Virginia.

He’s an inspired, magnificent storyteller who has the rare ability to find the enduring truths of humanity in places the rest of us have overlooked. His stories are unforgettable.

I’m praying for a Snow-storm.

Yesterday, Billy and I spoke by telephone. And I’m delighted to share that interview with you today.

Jennifer: Wow. What a journey. You’ve endured a lot of roadblocks and faced some rejection along the way, but here you are! It’s not only been a writing journey, but a faith journey, too. Tell us about that.

Billy: I’ve felt called to write a book for a long time. In high school, I was the stereotypical jock. I played baseball, and that was all I wanted to do. When I was a senior, I had colleges looking at me, a pro team looking at me, and my future was set. Then halfway through the season, I tore my rotator cuff, and I couldn’t play anymore. … My English teacher convinced me to write a column for the local newspaper. The first few columns were horrible. But after I got hurt, I sat down and really wrote for the first time.

I wrote about the depression I was feeling, the doubt, the fears. I got a letter a week later from someone who had read that column, and it saved her life. She had been talking about suicide.

That’s when I learned that writing could do more than playing ball ever could.

Jennifer: How has writing affected your faith?

Billy: It really worked on my faith. Because I felt I was being called to this. But God would just not open the door. Prayers about being published, just never seemed to be answered.

Jennifer: You and I met through our blogs and the High Calling blog network in 2008. Tell me about your start in blogging.

Billy: I had a book, but it wasn’t Snow Day. It was an earlier manuscript, but it wasn’t going anywhere. I had a publisher who expressed interest … but passed because I didn’t have a platform. He suggested I start blogging.

Jennifer: Not much later, you nearly quit writing on your blog altogether, as I recall.

Billy: I didn’t realize how many blogs there were. It’s just so hard to find an audience in that great amount of people. … For awhile, I was ready to just throw in the towel and try something else.

Jennifer: We’re glad you didn’t throw in the towel. ~smile~ But what changed?

Billy: Well, first of all, I have to say I hated checking the numbers every day (numbers of comments and blog visitors). I didn’t want it to be about numbers. But that’s what editors, agents and publishers look at. There were only maybe a dozen people looking at my blog every day. I just thought, ‘I can’t keep it up.’ It was depressing me.

Katdish did a lot to give me a kick in the pants and keep me writing. And Anne Lang Bundy said she might be able to talk (agent) Rachelle Gardner into giving my (Snow Day) manuscript a look. She did, and then signed with me about two weeks later. I had gone 20 years trying to get an agent or publisher. And then within three months, I had an agent and a publisher.

Jennifer: Back to the whole idea of platform, and social media. It seems you’ve created real relationships with your readers, rather than seeing them as followers or “fans.”

Billy: I admit that when I first started blogging, I was really focused on the numbers. Then I realized this: We’re all pretty much the same. We’re much more alike as people than we are different. What I try to do most, is to find that common ground between me and everybody else. If people can see themselves in what I write, then I’ve done my job.

Jennifer: When I started my teach journalism at Dordt College, you advised that I spend more time talking to the janitors than the professors. Tell me more about that.

Billy: I think that sometimes, we can be too smart for our own good. You can get your head filled with theories and philosophies and forget about reality. The groundskeepers and the janitors and the housekeepers are out there every day in the dirt. They understand the realities of life. They’ve never failed to inspire me or surprise me.

Jennifer: You have an incredible ability to find common people whose stories speak to extraordinary truths. How do you do that?

Billy: I carry a notebook with me everywhere I go. And as soon as I can sneak away, I write as much as I can.

Jennifer: Something tells me you’ll have a few questions for God some day, what with that notebook of yours. What’s the first thing you’ll ask Him?

Billy: I would like to ask Him why he allowed my daughter to get diabetes.
She’s a lot wiser than I am. She has some tough days, … but she really thinks that she has diabetes for a reason.

Jennifer: Here at Getting Down With Jesus, we’ve been talking lately about the first lines of our obituaries. What would you want yours to say?

Billy: There’s a Native American Blessing that says: “When you were born, you cried and the world rejoiced. Live your life so that when you die, the world cries and you rejoice.” … That’s what I would want to say. 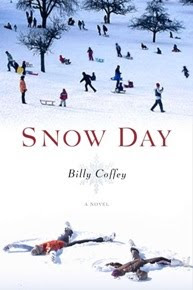 From the book jacket: “Awakened by radio broadcasts urging the residents of a small Virginia town to take a snow day rather than travel to school and work, Peter Boyd finds himself with both an unexpected day off and an opportunity to find big truths in small moments and surprise encounters.

Peter believes he has a good life, with a decent job and a family he loves. But he’s quietly worried he’ll be cut when downsizing takes effect at the factory, his family will lose the home they love, and his faith will crumble along with his bank account.

Through the course of one day, Peter finds himself revisiting his past through old friends, finding out there is a Santa Claus—though he drives a truck instead of a sleigh—and rediscovering that whatever comes in life, hope is the only choice that makes sense.

In lyrical writing, debut novelist Billy Coffey offers a heartwarming and beautifully crafted book about the faithful way God speaks even when we won’t listen. Like Peter, you’ll reaffirm that faith is worth having and your worst fears are no match for an astounding, loving God.”