The Pain and Beauty of Saying Goodbye

So, it turns out that Eunice Lee was mortal after all.

I did wonder. Which sounds so silly. I know that.

I mean, Grandma Lee made it 99 trips around the sun, and a part of you knew that every time that you visited her, it might be the last time. There’s a science to that sort of thing.

But another part of you just figured that she’d always be here, quoting the latest stock prices, asking you about the book you’re writing, or the farm you’re tending, or the children you’re raising. She’d offer you a glass of wine from the cardboard box in the fridge, and invite you to put a few pieces of her 1,000-piece puzzle together. There was always a half-read novel sitting, spine-up, on the end-table. And she’d go on and on about what she’d read in the local paper.

She smelled like Oil of Olay. She had a pink toilet.

I’m using past tense. She’s gone now. No more “is” for Grandma. Not in the earthly sense anyhow. We said goodbye this week.

Grandma Eunice was one those inimitable, larger-than-life people who you can’t ever imagine being gone from Earth. It was like she held the whole planet together — or at least your own little Iowa family, like she had somehow woven you all together with her crochet needles in the basket next to the upholstered recliner.

But we got the call the night before last.

We knew when the phone rang. We had known that the end was near. We hung our heads, and we prayed, and we cried, and we all reminded ourselves about the rooms promised for us all in Heaven.

We believe those rooms exist, with every stitch of our little beings. And we also believe that Grandma Eunice’s room will have a pink toilet and some boxed Franzia.

If someone made a movie about Grandma Eunice, we know who’d play the starring role. It would be Maggie Smith — now of Downton Abbey fame. Like the Dowager Countess of Grantham, Grandma Lee was fiercely loyal and utterly proud of her family. She also had an impeccable sense of fashion, even into her later years. 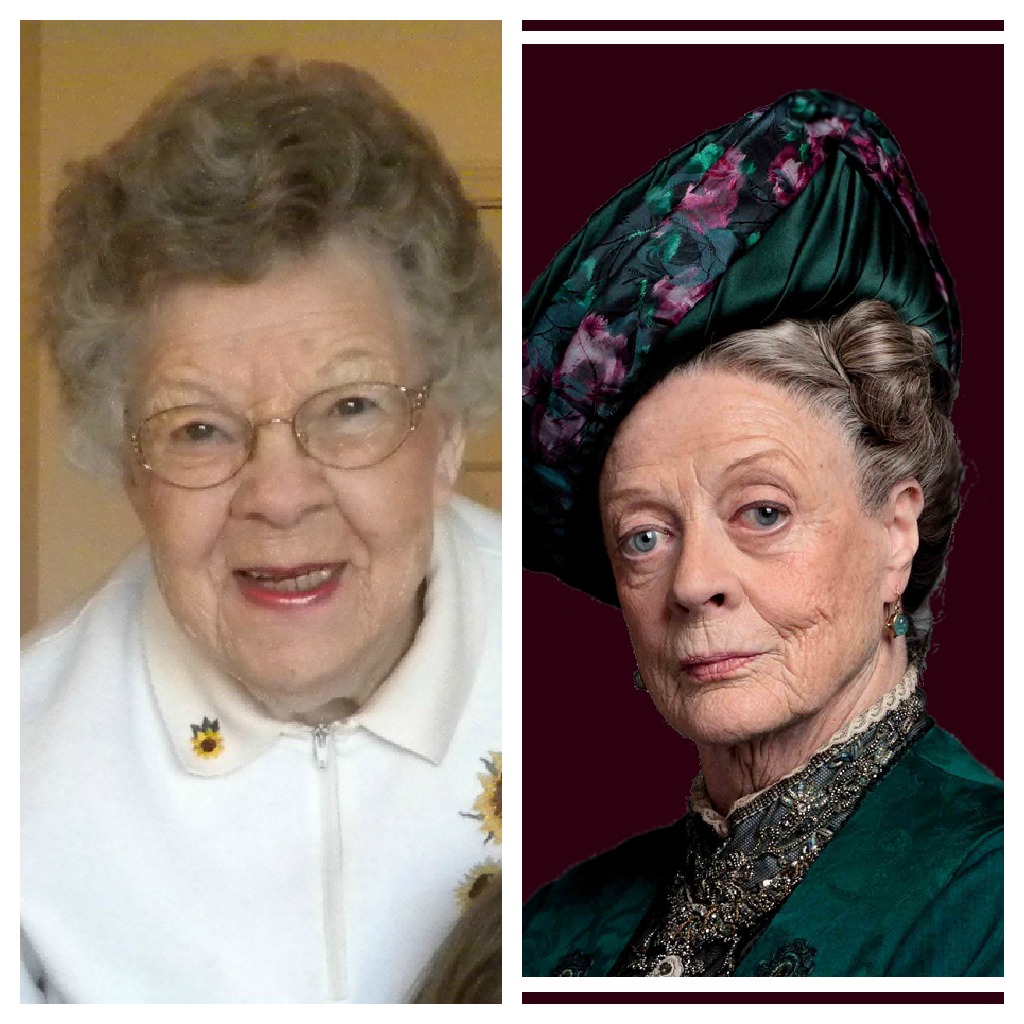 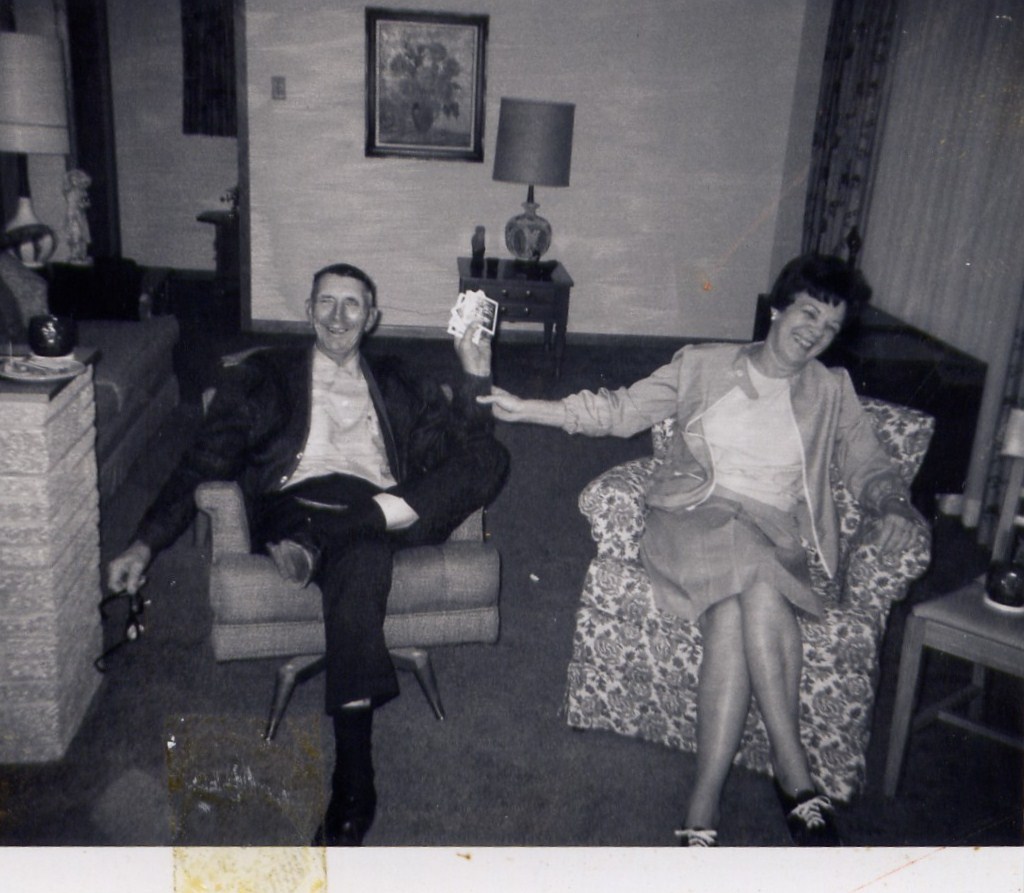 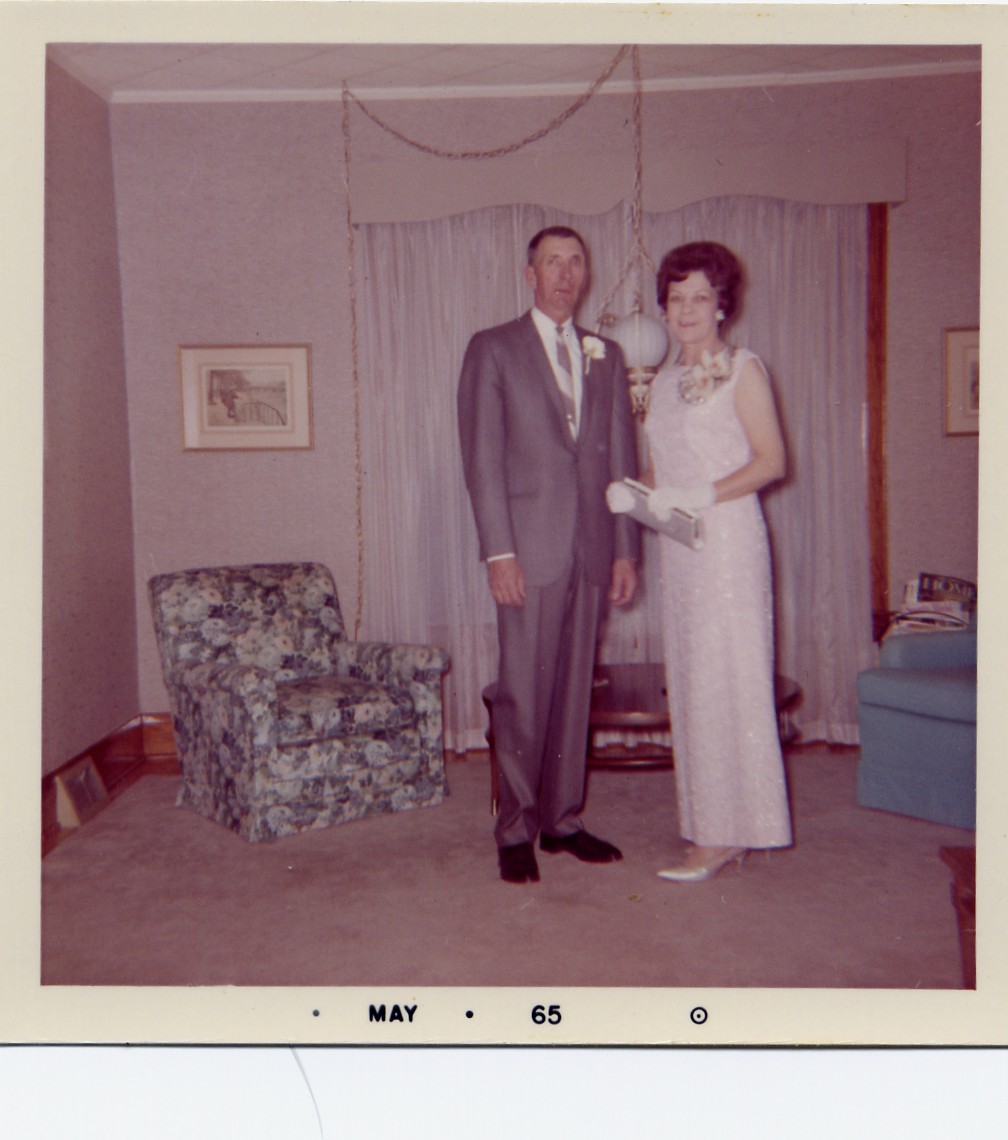 But Grandma Lee was not an aristocrat. She was, like I am, a farmer’s wife.

Maybe that’s why she and I loved each other so. We knew what the other knew.

My favorite farmer and I visited her the night before she died. We stood on either side of her bed. One month earlier, we’d been in that very same spot, and I snapped a photo of Grandma Eunice and her great-granddaughters, Lydia and Anna. A cross and a picture of Jesus hung on the wall right behind them. 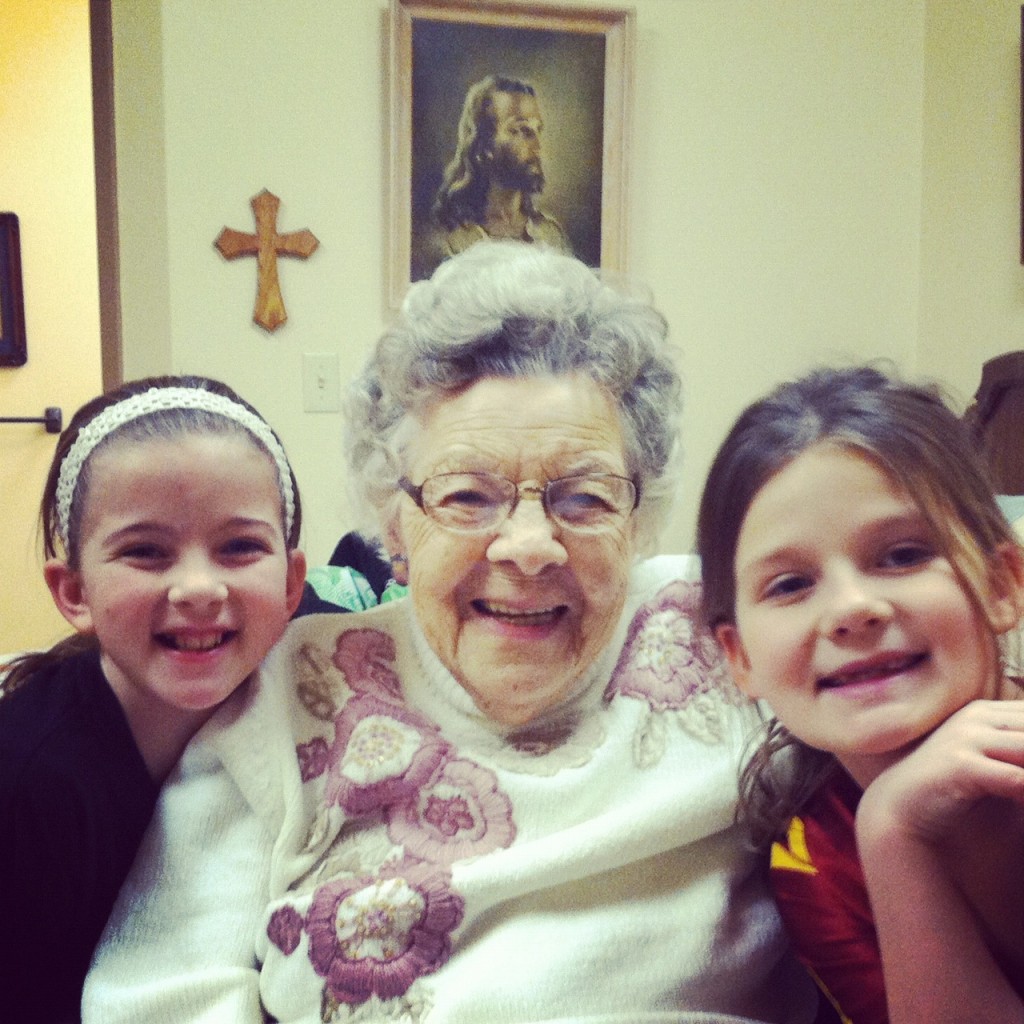 And now here we were, the current Lee farmer and his wife, standing under that same picture of Jesus, beside this courageous, incomparable woman. Grandma’s eyes were closed, and she was near the end. Her farmer-grandson reminded her of the picture on the wall. He choked out the words, and I hope he doesn’t mind if I tell you that I saw the tears:  “He’s right here, Grandma. Jesus is … right … here.”

Scott and I held her hands and prayed for her. When it was my turn, I closed my eyes, and though I was praying to the good Lord above, I said my words loud enough that she might hear them, too. I told the Lord how thankful I was that He made such a remarkable woman. I squeezed her hand when I spoke:

And Scott and I said the Amen.

We walked out the door, out past the half-read novels, the wooden cross on the wall, the bowl of dark chocolate candies, and past an aerial framed photograph of the farm. And I thought, just then, how that farm will look to her, from above, if she might look down time and again. And I’ll look out the kitchen window and I will remember her, I will. I’ll remember.

And really, who could forget anyway. 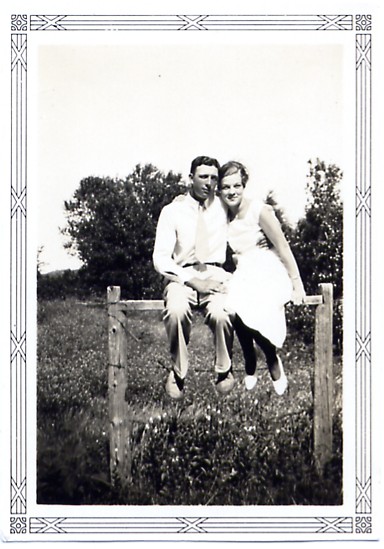 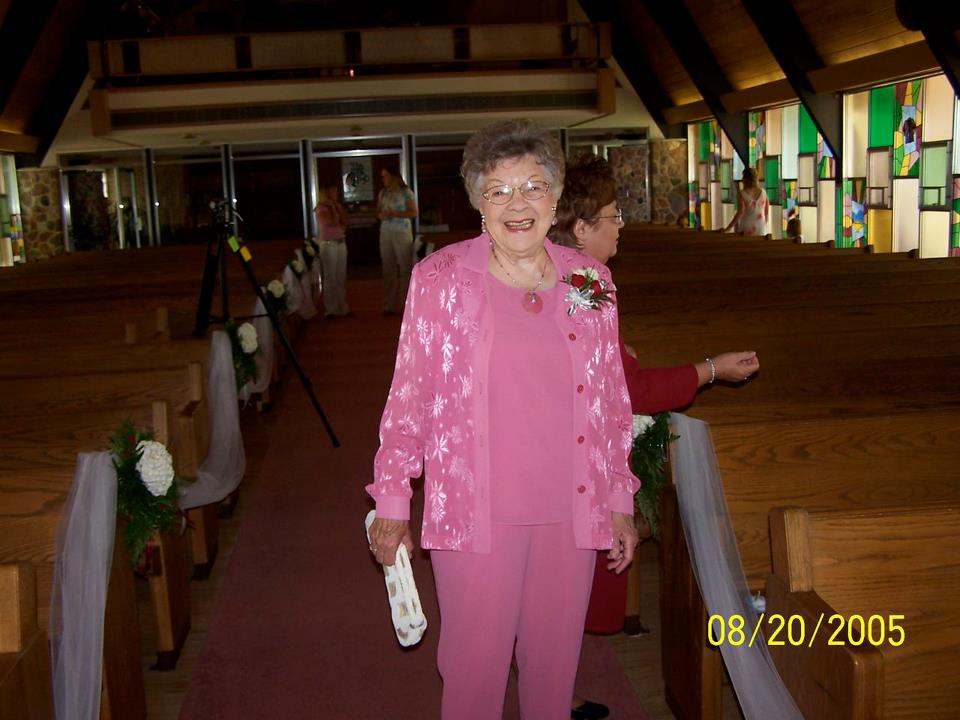 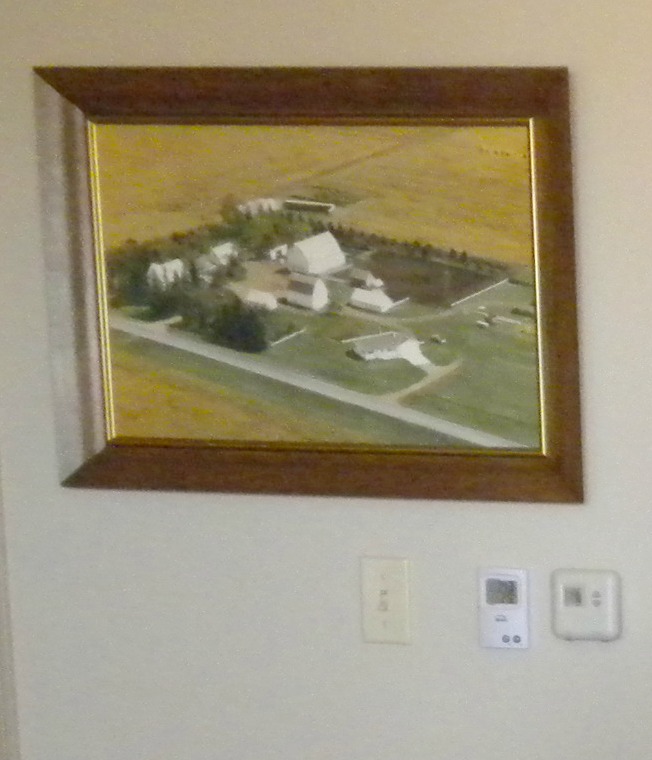