How To Live a Right-Side-Up Life

She tells me she doesn’t know how to go back—not after all that we’ve witnessed. And I tell her that going back might be impossible anyway. We can’t un-see what we’ve seen.

She’s my 11-year-old daughter. And now, we sit in the silence, hundreds of miles from our comfortable life in Iowa, but especially close to our Christ in us. Her skirted legs stretch out next to mine on this seaside porch. We watch the sun sink into that thin line where ocean touches sky. Across the bay, sparse lights begin to light up the Port-au-Prince hillside. The nearly-full moon peeks its round face over our village—a reminder that even in the darkest places, we’re never without light.

In the long shadows behind us, a Haitian boy sings a song, repeating a single word in Haitian Creole that crosses every language barrier: Al-le-lou-ya. He sings it over and over again, in this place where life is a hardscrabble fight for survival, where villages are all bone and sagging skin. This is Haiti: the land of the jutting ribcage, the bare feet, the swollen belly and the persistent Allelouya.

My daughter exhales a long sigh, and holds up the book she’s been reading while we’ve been here. She shakes the book in the air, like a banner. It’s “Kisses from Katie.” The book is about an American teenager named Katie Davis who moved to Uganda and is in the process of adopting thirteen girls.

“Katie says that Jesus wrecked her life,” Lydia tells me. “God turned everything upside-down, and later she realized He actually turned it right-side up.”

I wonder where Lydia might be heading with this conversation. The most human part of me—the part I call “mother”—is scared to know…

Join us on the Haiti shore today, over at The High Calling, to hear the rest of this story. We’re thinking about what it means to live an upside-down life in a culture that clamors for something else … (Click here…) 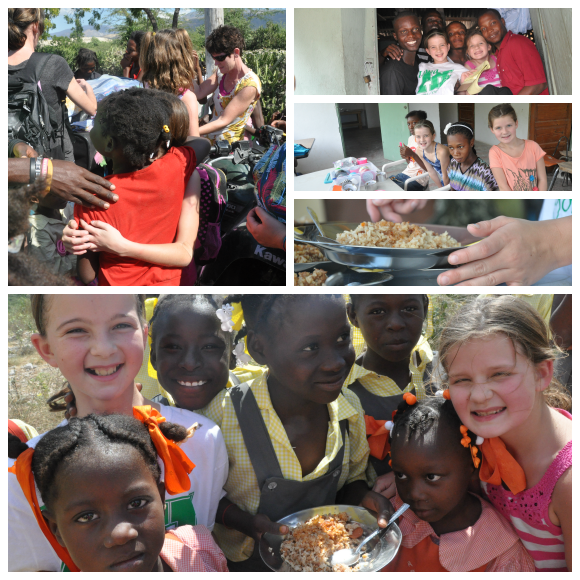