The Gigantic Secret of the Christian

When you’re interested in wearing a real smile, it’s best to bookend all of your days and hours and moments with one thing.

It springs up from the only pursuit in life that is guaranteed to satisfy. The only emotion you can truly count on. You can’t drum it up on your own, for it erupts from a source not your own: 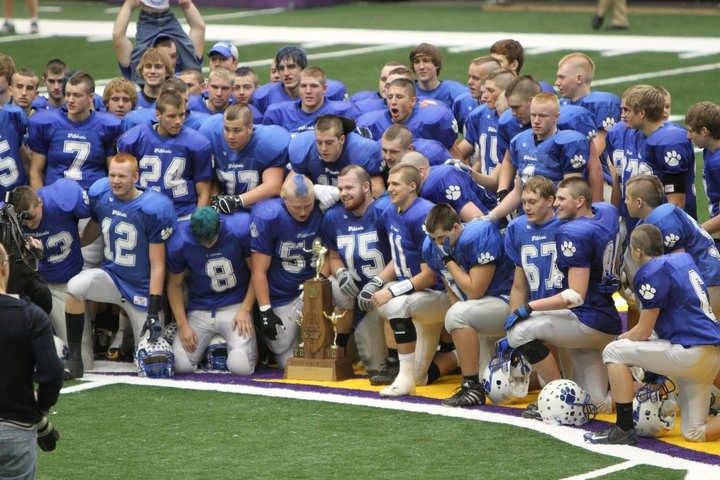 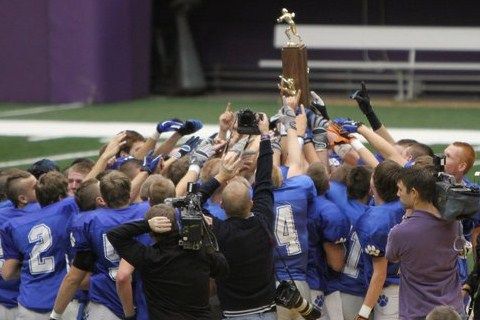 I email the coach this morning, tell him what it means that a public-school teacher thanks God before he thanks the fans or the coaching staff. That he gives the LORD glory, before himself, or the quarterback, or the defensive linemen or anyone else.

He stood in front of the sea of blue — microphone in one hand and creased notebook paper in the other — and told the truth of the matter. “To God Be the Glory.”

In celebrating a state championship, those were the first words out of the coach’s mouth… 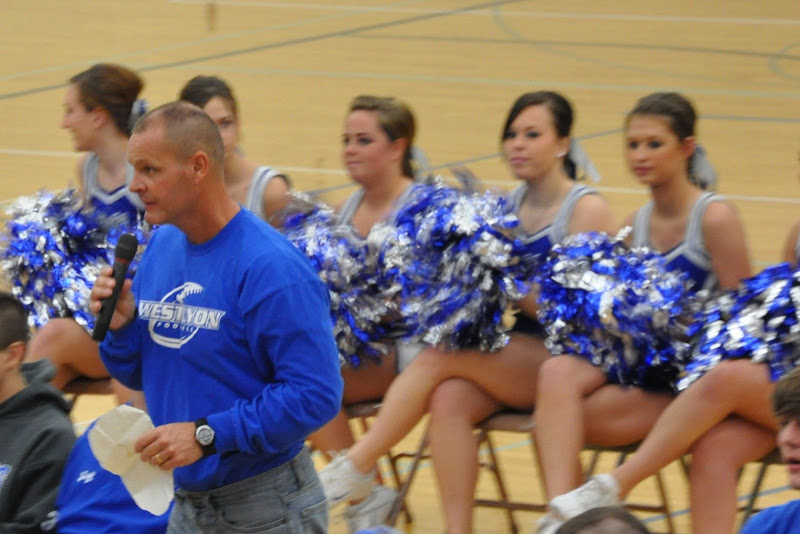 And when the victory celebration ended, the high school principal delivered last words, bookending the party by asking God to bless us all.

I sat at the computer keys this morning, told the coach how we’d noticed the way he gave glory to the source of truest joy.

“Jay,” I typed. “Something tells me that you are just as interested in helping boys become men, as you are in winning games.”

He wrote back, just a few moments ago, confirming this fan’s observation.

I know what you might be thinking. You’ve heard a hundred people at the podium, thanking God and the Academy and their producer and their agent. I wouldn’t blame you if you wondered this: Were the coach’s words empty praise? Because some people do throw around the words “thank God” like a spiraling football, not really thinking about where it will land or whether it will be caught.

Would God get the glory if we didn’t win the state championship? Would we give Him praise if we’d have had a losing season? Or if someone had gotten hurt? And weren’t fans on the other side of the field praying that their team would win, too?

True joy doesn’t come from a trophy in the air,
a notch on the resume,
another banner to hang from the ceiling.

True, inexpressible joy comes from an inner contentment that sends a bulletin to a person’s face that reads: I’ve got something to celebrate.

The coach has led dozens of blue-clad men to victory. But it’s his countenance in the hallways of the school that caught my daughter’s eye three years ago. (The coach is also an elementary special-education teacher in our district.)

She was in kindergarten when she came home to tell me about what she’d observed.

“A little bit,” I tell her. I had once interviewed him for a news story about an athlete. “Why do you ask?”

“Because,” she said. “I saw him in the hallway today, and I can tell that he loves God.”

I asked her why, and she couldn’t quite put a finger on it, she said. She just knew. She had intercepted joy.

G.K. Chesterton once called joy “the gigantic secret of the Christian.”

It’s not something you can drum up or muster or derive from personal circumstances.

The “secret” shows up on faces, and in words, and in the way we treat our neighbors, and in our God-sized dreams.

And it comes when we give credit where credit is due — when we toss words skyward and hope they’re intercepted.

At the post-game celebration Saturday night, I looked around the gymnasium at two dozen little boys tossing footballs, running across imaginary fields. They were six-year-olds with mohawks and blue hair, and they wanted to be like Brendan and Cody and the others when they grow up.

The coach takes the microphone and delivers praise heavenward. And do the little boys hear this, too?

I’m standing near the top of the bleachers, leaning on the railing, and trying to capture joy through a camera lens. I’m thinking that as much as he wants to build players on a field, he wants to build men for a life.

And I’m thinking I’ll send him email on Monday morning to tell him so. 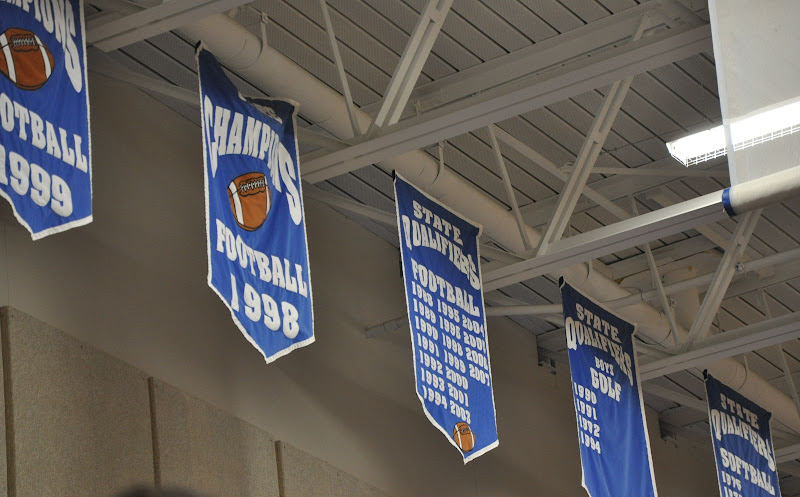 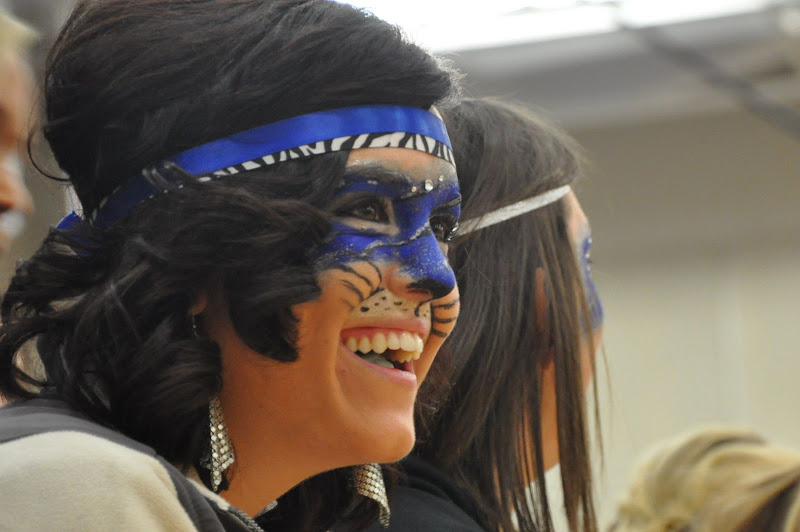 To God be ALL glory and honor and praise.
In Him, we find true joy.