There were 54,000 of us in all. We were singing one song, waving our arms, belting out Neil Diamond in a college football stadium.

In that one moment — which was, at once, silly and grand — nobody cared about anybody’s political party. No one screamed at TV sets, banged out fiery Facebook statuses, accused anyone else of hatred or stupidity. There were no clenched jaws, banging of fists, teeth grinding, or threats to move to another country after November 6. I didn’t see a single political ad.

It was just one cheesy song, and an arena full of happy people in parkas on a Saturday night. (See video below, taken from my iPhone Saturday during an Iowa State University football game in Ames, Iowa. Email subscribers can click here.)

I felt an ache for heaven, right there with “Sweet Caroline” echoing toward the moon. The atmosphere was electric, and I got a bit weepy over the sheer joy of it.

Someday, it will be like that. There will be no more sound bites or stump speeches. Everyone will lay down the swords and the crowns. No one will feel the urge to “unfriend” someone on Facebook simply because they don’t see eye to eye in the voting booth.

It will be about one long table, one common cause, one body, one cup, one High Priest, one unifying hope-then-realized.

But until then, the ache … 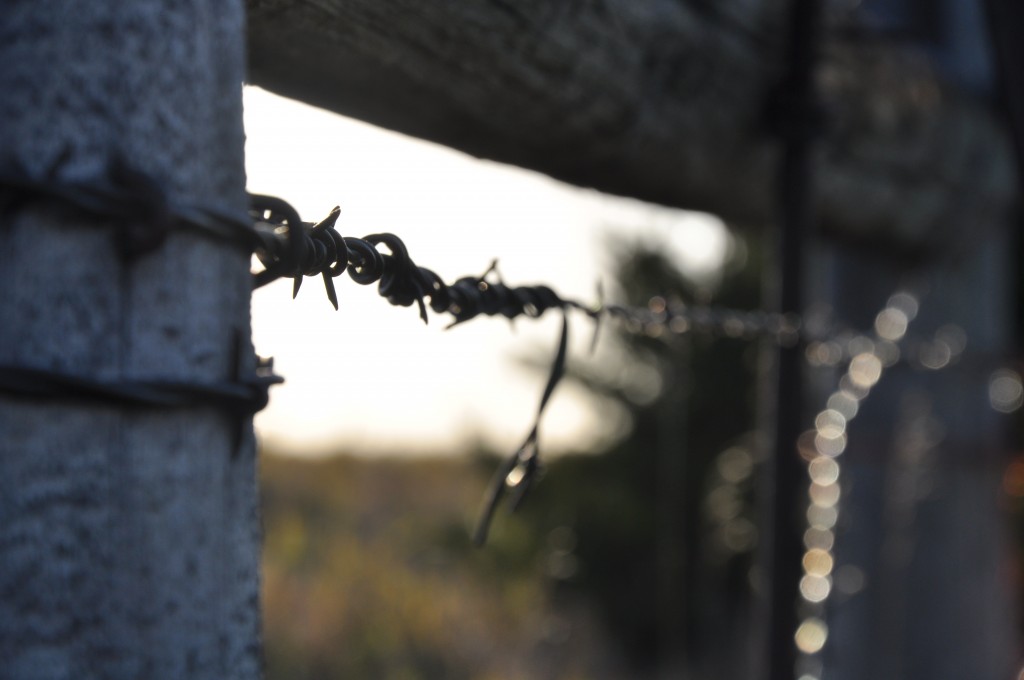 I don’t talk about it often here, but I used to be a political correspondent on the staff of The Des Moines Register. I covered the 2000 presidential election between George Bush and Al Gore, which means I scrutinized every debate and dozens of attack ads. I attended political rallies and arranged for private interviews with the candidates, their running mates, their campaign managers, their spouses. Because our state hosts the first-in-the-nation caucuses, I was paying attention very early on. It was an exciting season, concluding with the infamous hanging chad.

But it was also painful. It was painful to watch as people tore one another down. I’m in favor of healthy, spirited debate. I love the fact that, in a democracy, we can literally wear our political preferences on our sleeves with T-shirts and buttons. I strongly believe that every American should vote, even if he or she marks different ovals from the ones I pick.

But it feels like a foot-stomp to the heart of humanity when people use our democratic privilege to make an enemy out of anyone with a different view. Call me a fool if you want, but I ache for a world where every tongue, tribe and nation come to the table, not to a WWF-style brawl.

Believe me, I know of a place … Go there with me? To just imagine for a moment what is to come?

I believe in a place where the broken are invited to sit in the seats of honor; where the winners are those who took up crosses; where people partake bread instead of sound bites; where worship replaces rancor; affirmation replaces attack; praise replaces polarization; sacrifice trumps “success”; and the only crown sits atop the head of our one true King.

I don’t believe in fairy tales. I am not Pollyanna. I believe in Gospel truth. I believe the creeds I profess every morning, that Scripture is truth, that Jesus Christ died because He loved us while we were yet sinners, that He rose from the grave, and that He is coming again.

I believe that He set eternity in the hearts of men, and that’s why people can, at once, sing and feel a deep ache, in crazy places like football arenas.

I believe that one day, thousands upon thousands will gather to sing in unison, and there will be no aching for what is to come, no more wishing for something unseen. Because it will already be.
RECOMMENDED: The Ten Commandments of Talking Politics on Social Media, at The High Calling.