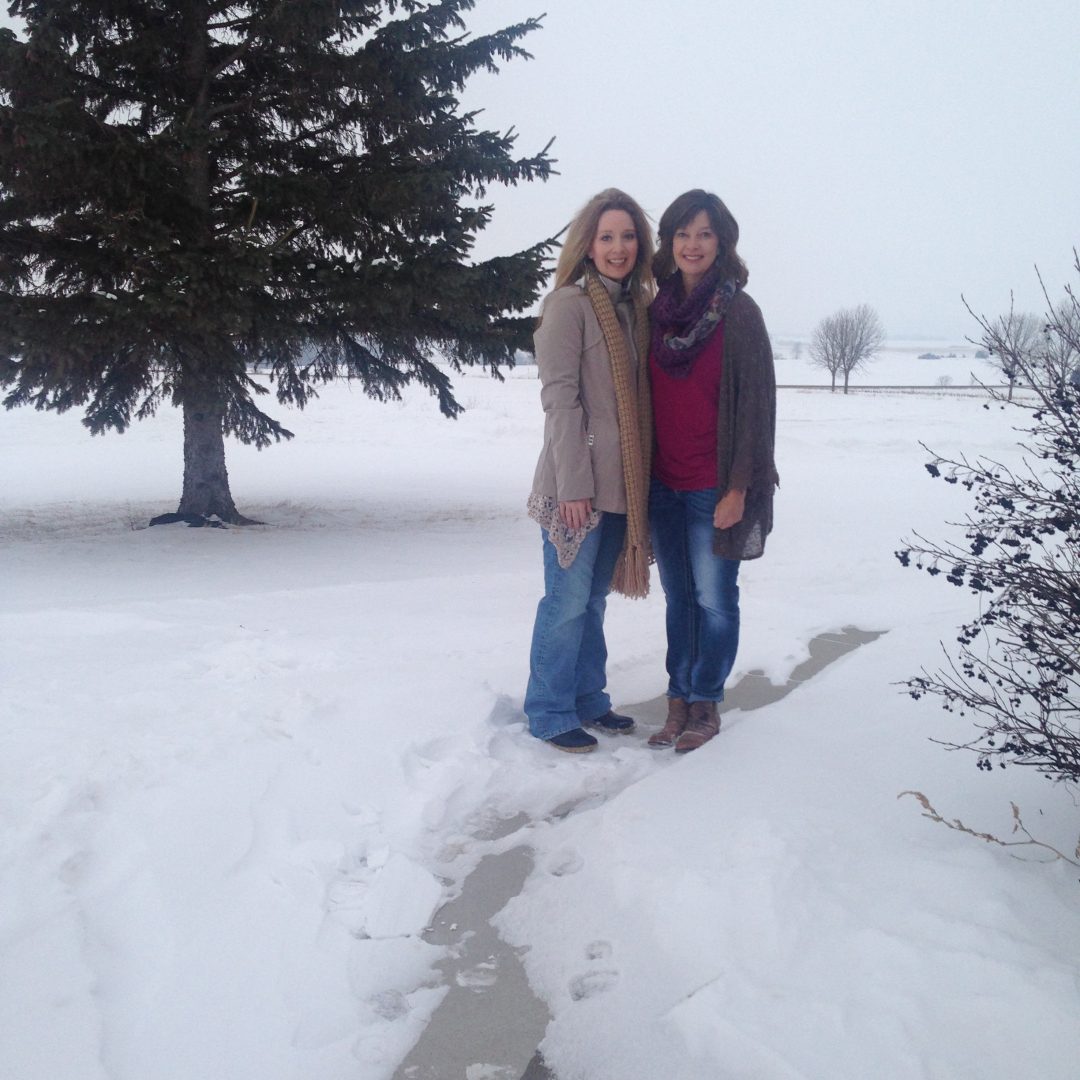 lessons from a common day, a grumpy old minister, a FitBit, and a man called Ove

This is what happened on a common day in January. Except that it wasn’t common at all.

I woke to my big yard, hibernating under a duvet of snow that looked like it had been studded with diamonds. I would not have noticed it that morning. At least I don’t think so. But my friend Christin was here. She doesn’t have snow where she lives, so she kept saying how beautiful it was. She stood at the windows longer than I typically do, watching how sunlight glinted off flakes to make it look like some clumsy cloud spilled the contents of a jewelry box.

Christin had been here for her second night. And while I made yogurt parfaits for our girls, she came around the corner with a hug. We traded sentences about how we slept, laughed about some inside jokes only we knew the punchlines to. (And if she reads this, she alone will see the humor in the fact that I’ve ended a sentence with a preposition.) These are the kind of jokes that happen between friends in the span of two days, the kind of jokes we all need because there are other times where tears flow more than one intends.

And then — just like that — it was time to go. We drank last sips of coffee. Lifted her bags into the back of the Explorer. Talked about how it all went “too fast.”

Anna snapped a photo of us, shivering side by side in the snow — this brutal but beautiful snow that I had come to curse on account of getting stuck in it with my car a few days earlier. But on this day, I had declared it beautiful, incandescent really.

And then she was gone. It was 8 a.m. I only had 582 steps on my FitBit, but hundreds of miles to travel. 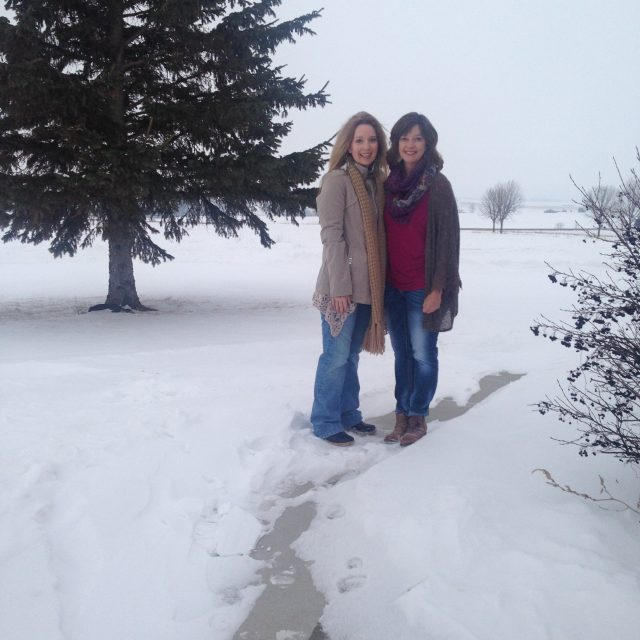 Anna had an appointment at 9 a.m. with a doctor who has been helping us figure out what made her so sick last year. So, I drove to Sioux Falls, toward a children’s hospital that looks like a castle. A hospital dressed up like a castle makes the needles and X-ray rooms seem less scary.

They took four vials of blood, and both Scott and I kept telling Anna how proud we were of her. We all left feeling buoyed a little and believed the doctor when she told us, “We’ll keep an eye on things.” 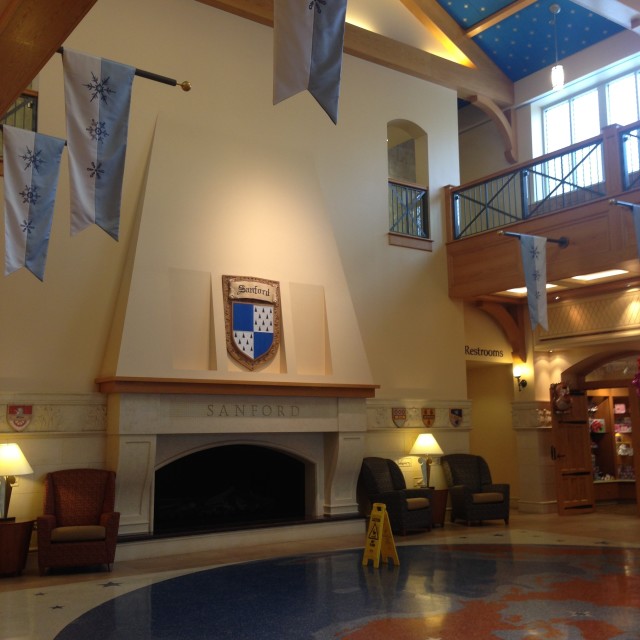 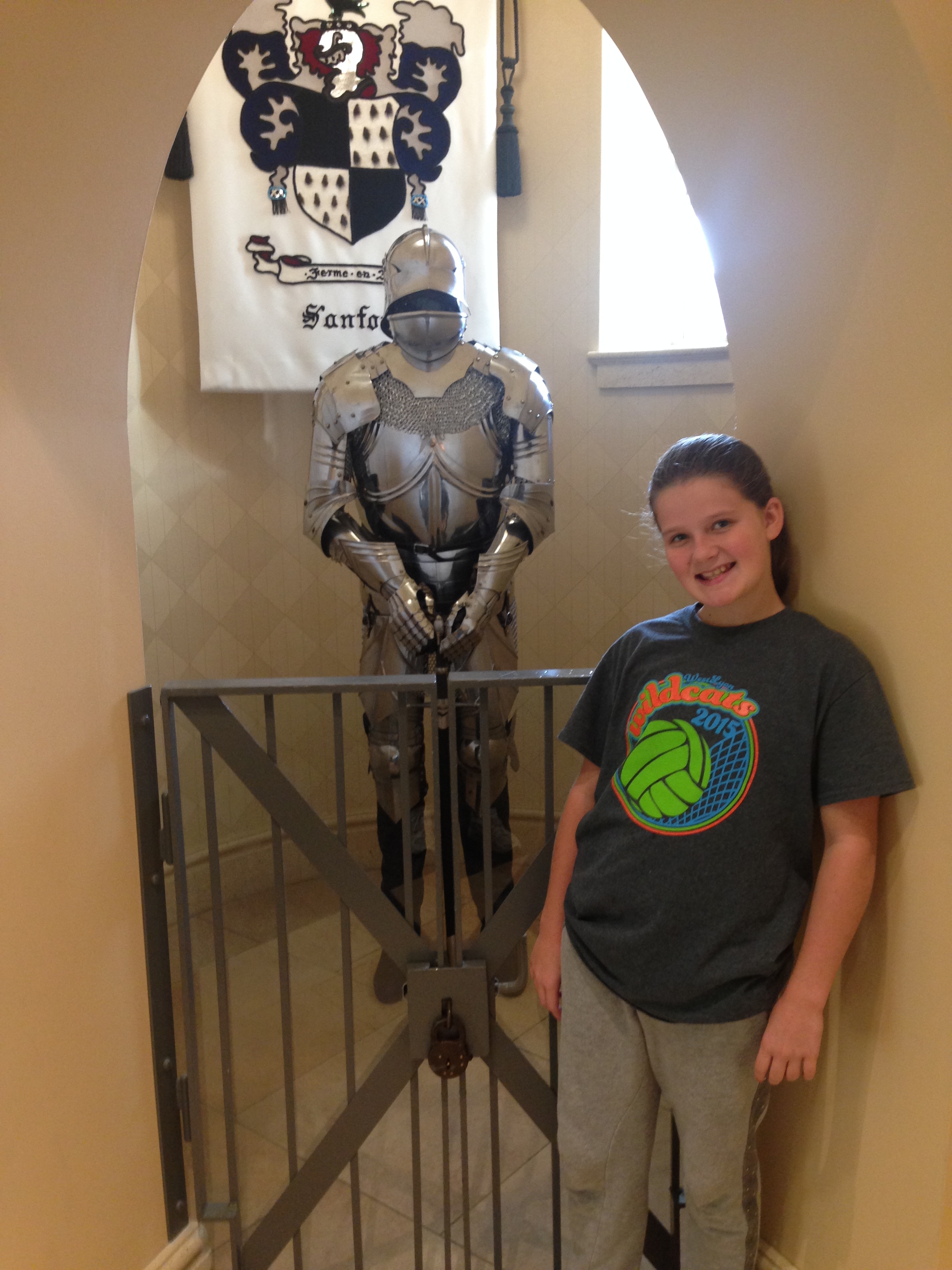 Scott took Anna back to school, but I headed for the interstate, then due east for Mayo Clinic in Rochester, Minnesota. My Dad was there for a consultation, on account of a bum leg and a bad infection.

As I drove, I’m thinking about what it meant to live in the sandwich generation – where people my age are raising children of their own while helping with the needs of their aging parents. This is not a complaint. Only a fact. And I couldn’t have been more privileged to drive between the two slices of bread on that sandwich – a castle in Sioux Falls and a world-class clinic in Rochester.

My FitBit counter did not move for hours.

When I got to Mayo, I found Mom, Dad, and my sister in a waiting area. We traded sentences about how the drive was. We laughed some inside jokes that only we know the punchlines to – the kind of jokes that happen between families in the span of decades. These are the kinds of jokes you need because, sometimes, it’s your sense of humor that will save you on your hardest days. My hilarious and whip-smart friend Amanda calls it “finding the funny.”

It was 2 p.m. There were appointments. We asked a lot of questions. I took down every word from one of the doctors. My forehead was creased for a whole hour.

I left later than I had intended. That’s because Gordon Vickery came to see us all at Mayo. He calls himself a grumpy old minister. But he’s actually quite kind, in his blue sweater and snappy suspenders. It’s been a very long time since I’d seen him. I always thought he looked a little like Abraham Lincoln, and it seems like he’s immortal, because when I was a little girl, I thought he was an impossibly old man.

But only now is he that very old man I imagined him to be.

Before I left to head for home, we were all in the waiting room – me, my sister, Mom, Dad in his wheelchair, and the the not-grumpy old minister with his wife. He told us of a day in 1972 when he held in his arms. I was exactly two months old. He sprinkled water on my forehead and baptized me in the name of the Father, Son and Holy Ghost.

I was standing in front of him, just then. And he tugged me by my wrist, the one with the FitBit.

And the good reverend planted a kiss on my forehead.

It was like getting baptized all over again — except without the altar or the fancy words.

And then I drove the four-hour drive home. The snow was proof that beauty can be treacherous. I couldn’t always see the lines on the road.

All the way, I listened to A Man Called Ove on audiobook.

The narrator said some words that swirled around me.

“… all people at root are time optimists. We always think there’s enough time to do things with other people. Time to say things to them. And then something happens and then we stand there holding on to words like ‘if’.”

I thought about a lot of people right then. About Christin in my kitchen. About my girls. About people who hold on to words like ‘if.’ About Scott, and the way he kept calling to check on me as I drove through falling snow. I thought about a curmudgeonly man called Ove who would have been thoroughly annoyed with that ridiculous device on my arm that counts steps. Can’t one just walk these days, without having some little computer on one’s arm monitor one’s steps? (Don’t even get Ove started.)

I thought about Mom and Dad. About a grumpy old minister. About my sister, and how we both took the stairs, on account of our anemic FitBits.

It was an ordinary day. It was a hard day. But it was a day where, at the end of it, I didn’t hold on to words like ‘if.’ Ove would have been proud, I think.

I went to bed, without any ifs.

The FitBit told me I didn’t have a lot to show for it. But a day without “ifs” is one of those immeasurable kinds of days with diamonds on snow, a castle, a kiss where once was made the sign of a cross.

And all of that?
It made a common day,
not so common at all.