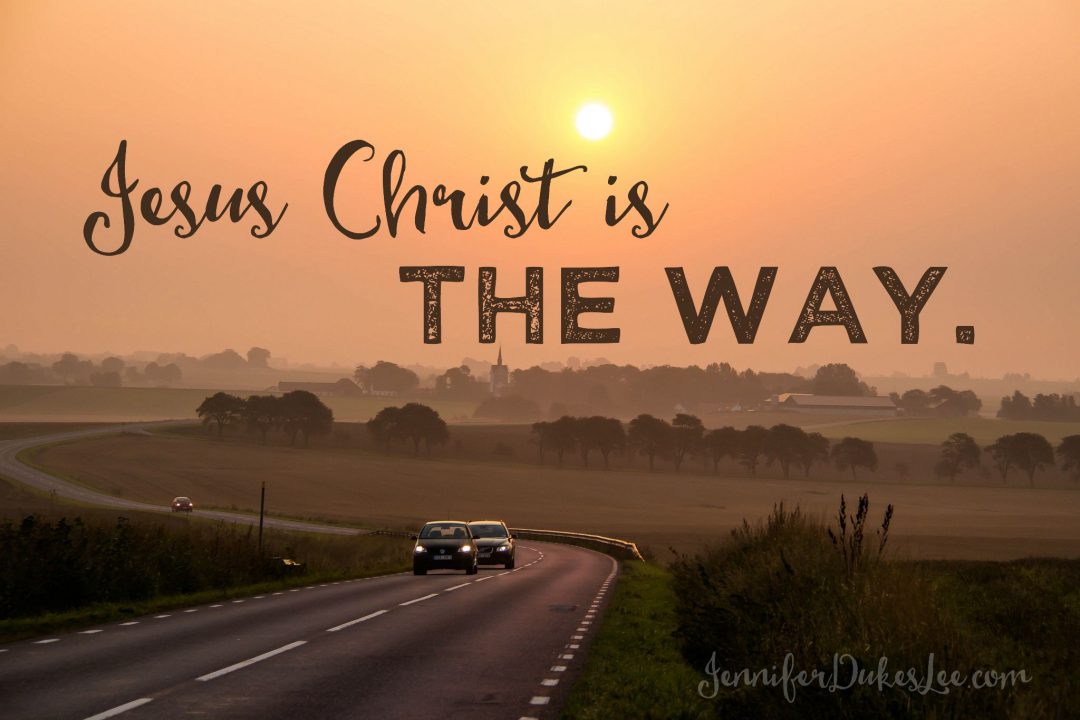 Keeping the Faith, When Life is Hard – #TellHisStory 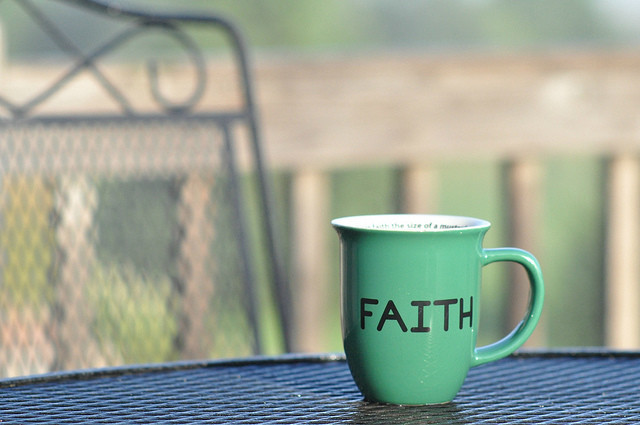 The news came like it often does: straight out of a clear-blue sky, like a thunderhead that wasn’t on the radar.

The radar on Pam and Ken’s life looked pretty clear:

They had been married 43 years, had huge hearts for ministry and had a bunch of grandchildren who adore them. (Proof: Ken drove 45 minutes to return Piggy and Bunny so that his two granddaughters didn’t have to miss a single night without their best sleeping buddies.)

But there’s this one word that shows no deferential regard. You know the word —

It’s the word that always lands like a thud in the gut.

Ken received news that melanoma had migrated from his skin to his brain and lungs.

But that’s only one piece of the bigger story. Yes: It’s a shift in the plot, an unexpected twist in the story-line, an unwanted chapter in the book.

But for Pam and Ken, that was the place where faith wasn’t just spoken, but lived. It was the moment where all of us who were watching knew this is true:

Faith is more than a mouthed abstraction on a Sunday morning — it’s the only fuel that will get us through the valley.

After the news of Ken’s cancer sunk in, Pam announced it publicly on Facebook. This was the opening of her announcement:

“I just had one of the most precious moments of my entire life.” 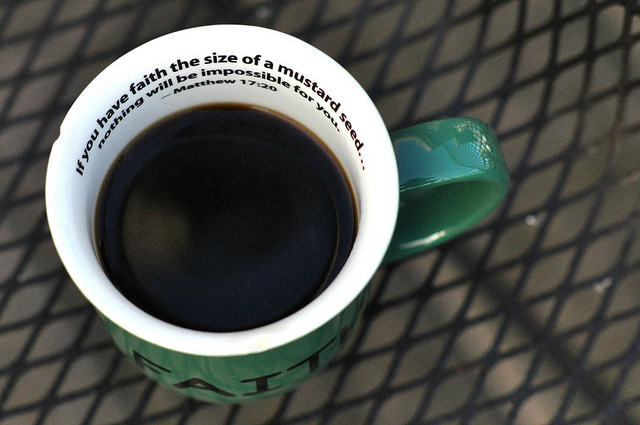 She continued. “I was sitting on the deck contemplating how my life and Ken’s life have changed since Tuesday.”

She wrote about a thunderhead overhead. Turns out, those thunderheads bring some of the most beautiful, gentle rains.

Because — she wrote — the telephone rang. It was her prayer group. Each woman took turns praying aloud into the phone for Pam and Ken.

“As they prayed, I watched the sun rise above the neighbor’s house,” Pam wrote. “Thank you, Jesus, for giving me this blessed assurance through this amazing experience.”

She returned to the deck the next morning, holding her cup in her hands, and later typed this to her Facebook friends:

“I was out on the deck again this morning with my coffee, reading all the pamphlets containing the word cancer. An Asian woman came down the bike trail right next to our house. I have often crossed paths with her on my walks and we would greet each other. She called out to me, “You walk today?” When I said “no,” she asked, “Why not?” I ran out to her and briefly explained my husband has cancer. I was not even sure she understood what I was saying. Her response? “I pray for you,” and she grabbed my hands. “You’re a Christian?” I asked in amazement. And then she prayed to Jesus in her broken English for Ken and me. Join me in praising God for holding me 2 mornings.”

And then, on the third day, Pam returned to the deck as the sun peeked over the horizon. Pam wrote:

“I am on my deck with a cup of coffee again this morning waiting with joy to see what blessing God has ready for me.”

This is the mark of the truest saints. This is expectant faith, believing that God is good, even when life looks bleak. This is what can happen when everything breaks. And for all of us, something will break. We could limp around on fractured faith, or we could lean on the Reason for the hope that we have.

Christ is more than a crutch. He is the way for the broken and the bloodied and the battle-weary souls. 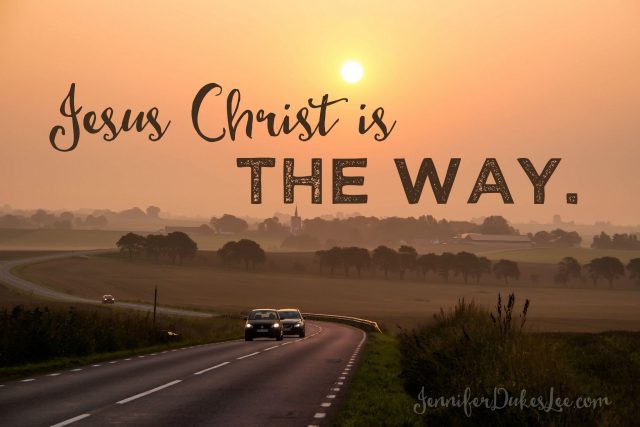 When the thunderhead appears overhead, I might be inclined to stay indoors and draw the shades. But maybe? Maybe I could go outside, and sit in the gentlest rains, expectant for the blessings, watching for “one of the most precious moments of my entire life.”

Don’t we all want a faith like that? We want a faith that is not the mouthed abstraction of a Sunday morning theology. Not some diluted joy based on circumstantial evidence. We want the joy that marked the life of a Savior. For the joy — the joy! — set before Him, Christ endured the cross.

I want the peace that surpasses understanding, the peace that pervades Heaven, and the peace that descends on places like backyard decks because I believe enough that a blessing will come. That God is the silver lining on every cloud.

I want to live eyes-wide-open, with expectant joy like Pam, who lifts her cup and her heart every morning “to see what blessing God has ready for me.”

I wrote this post here, back in 2013, right after Ken was diagnosed. In a few short months, Ken had gone home. I asked Pam if I could repost this story for you today. She agreed. I asked if she would share with you about his last days. This is what she told me: 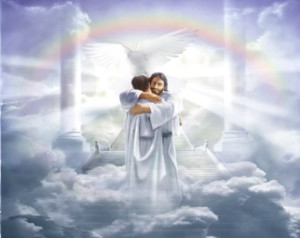 “When it became evident that Ken would be going to his heavenly home, he printed copies of a picture that hung in his study for years. It was a picture of Jesus hugging a man as he entered heaven. Ken placed those pictures in several rooms, so that he would be reminded of his eternal home as he moved around his earthly house.

On the evening of his death on December 12, 2013, the hospice nurse was present to adjust his meds.

She came to me and said, “His breathing has changed. Come quickly!” I immediately found the song “I Will Rise” by Chris Tomlin on his playlist, crawled into bed beside him, and listened with him. In the song, there are these lyrics: “I will rise, when He calls my name.”

In that moment, his breathing stopped.

I miss him greatly but have been supported by the Christian community over and over again. I have the assurance he is with his Lord and Savior, and I know God is with me while I continue my life in grace.”

Hey Tell His Story crew! It’s always a joy to gather here every week. The linkup goes live each Tuesday at 4 p.m. (CT). If you would use the badge on your blog, found here, that would be great. And if you would visit at least one other blogger in the link-up and encourage them with a comment, that would be beautiful! Be sure to check the sidebar later. I’ll be featuring one of you over there! Our featured writer this week is Bible study author Leah Adams. She’s writing about how we’re not defined by our mistakes. (And a quick plug in here for Leah’s Bible studies. My heart has been so encouraged by her Bible study workbooks! Find Leah here. To be considered as our featured writer, be sure to use our badge or a link to my blog from your post. 🙂