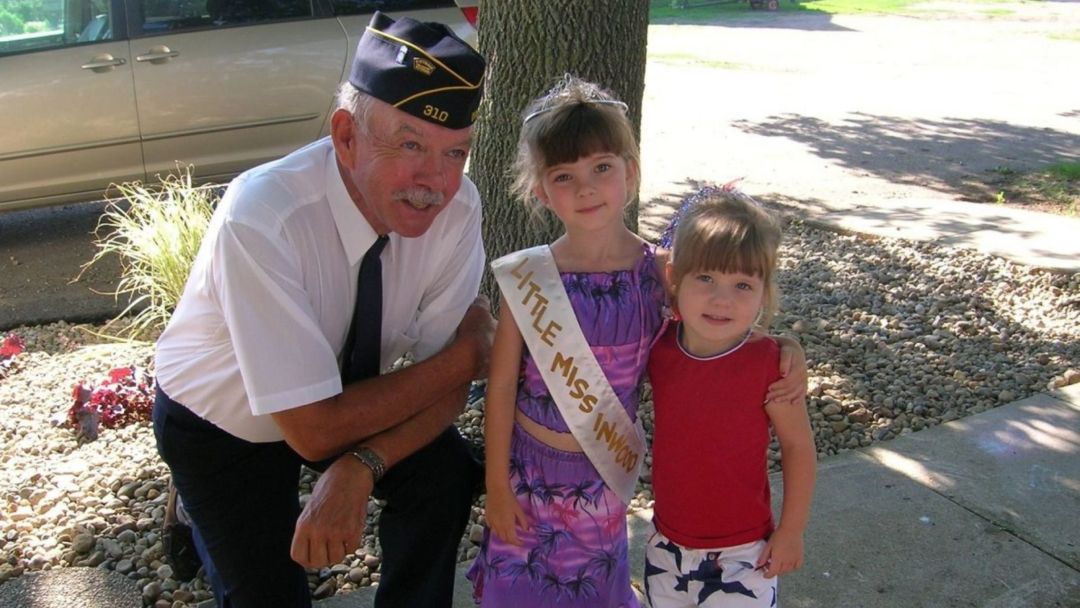 For Veterans Day: The True Mark of Bravery 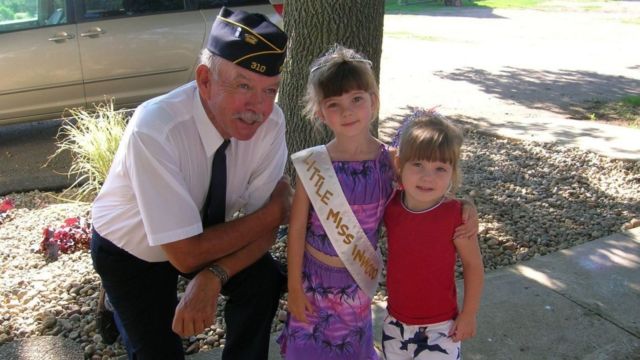 My father-in-law was a rugged man, a man of duty and honor. He wore Levi jeans and scuffed boots, dirtied from years of chores on the family farm in Iowa. He had no romantic notions about farm life, or about his years as a decorated Army Ranger captain.

He didn’t talk much about it, and though we wished he would have, we respected his silence.

He simply kept his hand on the barn door, the tractor wheel, and the hymnal on Sunday mornings.

But the image none of us will ever forget is this one: those same calloused hands held dainty teacups. The distinguished Army captain was the most gracious host of tea parties, which he held in honor of his granddaughters.

This is one of the fondest memories that my girls have of their Grandpa Paul. He’d sit cross-legged with them on the porch of his house, under the shade of a giant tree. He’d stir muddy water, and engage in polite conversation, and pretend to eat cookies, which were actually landscaping rocks set upon fragile saucers.

I was always struck by the tenderness and humility of my father-in-law. Looking back on it now, I know that the same core values motivated both his service in the military, and his impromptu tea parties: A deep love of people and of country.

I thought about all of that again these last few days, as we prepare to honor veterans on Veterans Day, as we do every year.

As I reflect on Paul’s love for his granddaughters, I remember a truth about the bravest people I know. They aren’t too afraid to make themselves small. They understand that humility and kindness aren’t signs of weakness, but virtues of the brave. The bravest people I know aren’t too big to sit in child-sized chairs and sip tea, with the sole aim of making someone else’s heart soar.

Our daughter Anna doesn’t remember much about her Grandpa Paul. She was only four when he died. Of the handful of memories that Anna does have, the tea parties are the most prominent. 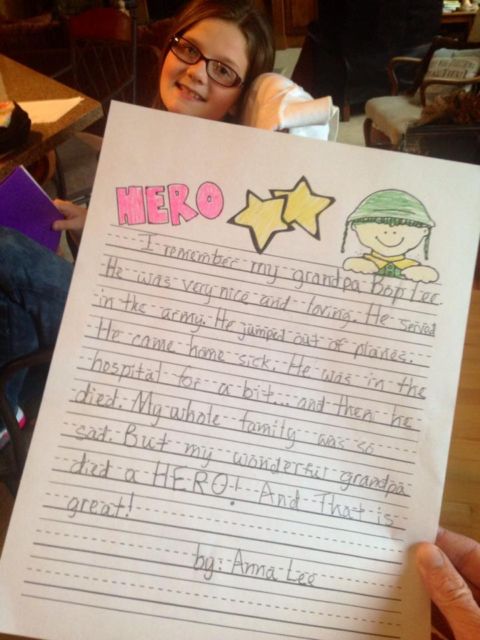 Anna wrote this short essay about her grandpa four years ago. “My wonderful grandpa died a HERO,” she wrote.

Grandpa Paul died in 2009 of leukemia. He was 67. His doctors said his illness was brought on by all of the Agent Orange that he was exposed to during the Vietnam War.

Like most soldiers, he didn’t go down without a fight.

On a January morning in Iowa – one mile south of his farm, in the church where his sturdy hands held the hymnal — an American flag was draped over his casket. We walked out the back of the church behind the pallbearers. His old military buddies were standing there waiting for us.

Paul Lee’s tour of duty had ended. His American Legion pals – with their navy-blue hats, trimmed in gold — folded that flag into a triangle and handed it to his wife.

Those men were grandpas and retired farmers and members of the church choir. They probably hosted a few tea parties themselves, over the years.

Here’s what I believe about men and women like that: I believe that you don’t lose your Bravery Card when you show up at a tea party. When you hand a grieving widow a flag, with tears in your own eyes. When you take the time to be tender.

When you simply love.

Yeah, I’m just a person who watched those tea parties from a distance, while standing beneath a shade tree. But I do know this: the tenderest moments of our lives are likely the moments our loved ones will carry the longest.

And that tenderness doesn’t weaken our warrior spirit. It strengthens it.