Story has the power to change the world, one paragraph at a time. I share this space, once a week, to spread the message of great storytellers in our midst.

This week’s featured storyteller is Sandra Heska King, a dear friend and blogger at SandraHeskaKing.com.

When I Was Worthy of Spit
By Sandra Heska King

The pups have had a party with their new toy, and already they’ve loved the stuffing out of it. White fluff leaves a trail across the carpet and leads straight to the enucleated and brainectomized pink, terry dog head with rope ears. I ignore that mess for the moment.

I’m tucking Christmas in red bins, collecting clutter in baskets, and squashing suitcases in the closet when I notice the album. I haven’t looked at it for a while.

I open the front cover, and my mom’s smiling up at me in faded back and white. She’s maybe six months old. I remove the sheaf of stapled pages.

“As you go thru this photo album,” Mom had typed in all caps, “I thought this might help to identify persons, places, etc., that you may or may not remember. The first picture is of me over 70 years ago . . . I have been informed that I spoiled a New Year’s Eve party . . . “

She goes on to say her parents divorced when she was about six or seven, and I wonder what kinds of messages and memories colored Mom’s early years. How many other parties did she believe she spoiled?

I could have spoiled a New Year’s Eve party. But I waited until three weeks into the year. And I’m guessing I was pretty much a handful for this barely 20-year-old mom.

Because the very first thing I remember is she spit at me.

When she leaned over the side rail and spit smack in my face.

She said she didn’t do it.

But that’s what I remember.

Maybe I’d spit first, and it was a teachable moment.

Like the head banging. My parents said I’d bang my head against the headboard and move the crib clear across the room. Mom worried that something was wrong with me.

The doctor shook his head. “There’s nothing wrong with her,” he said. “She’s just spoiled.  The next time she bangs her head, help her do it.”

Mom said she couldn’t, but the next time I threw a tantrum, she did it. She helped me crack my head. She said I never did it again.

Some say our first memories tell a lot about how we see ourselves. That in them we can find the seed of who we believe we are.  I’m sure my mother never knew I carried a spoiled seed for so many years.

Maybe she just spit to make me quit.

But the doctor had diagnosed me.

It’s crazy how our memories can embrace even inadvertent messages of failure and not good enough.

Too many of us deal with the same demon of doubt in our own delightfulness.

When others rip our stuffing out, we think it must be our fault. We might feel we deserve whatever life spits at us.

You are less than.

You don’t measure up.

You spoiled the party.

So we do too much, try too hard, say “no” too little, and compare ourselves with too many. We rush breathless to please other people and prove our importance. We cherish applause while we live with the fear we’ll be found out, stripped of our false wax of worth.

We struggle to be still because the world screams busy, and busy buys worth.

It’s time to stop striving and…

To trace the shimmered strands from God’s hands threaded through every facet of our lives and embrace the beauty that began even before our first breath.

So we can see that…

In spite of our failures, we’re not failures.

In spite of our spoiling, we’re not spoiled.

We need to let these truths still us:

God is giddy wild about us.

In fact, He loves the stuffing out of us, then stuffs us with Himself.

And we are enough because He is enough. 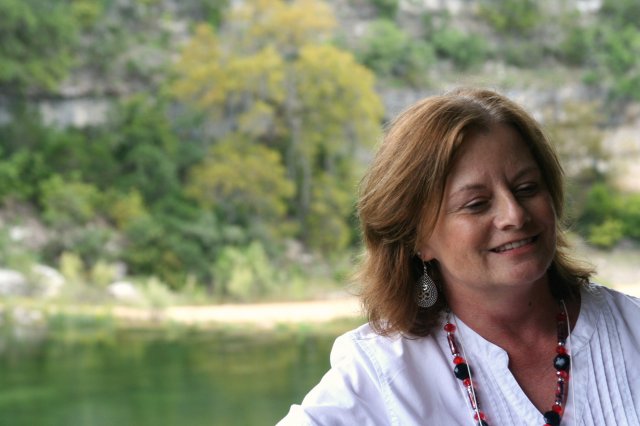 Sandra Heska King is a writing, camera-toting, recovering doer who’s learning to just. be. still. She’s mom to two, “nama” to two, wife to one, and lives in a 150-plus-year-old farmhouse. She tries to live Mary Oliver’s words, “Pay attention.  Be astonished. Tell about it.”

Sandra (AKA SHK) blogs at www.sandraheskaking.com, but sometimes she spills words in other sites like The High Calling, BibleDude, and Tweetspeak Poetry where she just accepted a dare that involves T.S. Eliot. She contributed to The One Year Devotional of Joy and Laughter: 365 Inspirational Meditations to Brighten Your Day and is currently working on a memoir tentatively titled Still. Enough. as well as a novel. Connect with her on Facebook, Twitter, Pinterest, Google+, Flickr, and Instagram.