I was out on the roads before dawn this morning, headed to my 5:15 a.m. exercise class. (Allow me to pause briefly to reflect on that sentence, small miracle that it is.)

One of the things that happens when you’re up that early is that you see pre-dawn beauty you ordinarily miss.

And because it’s so early, you can safely come to a full stop on a dirt road and step outside to take a picture with your phone. Which is what I did: 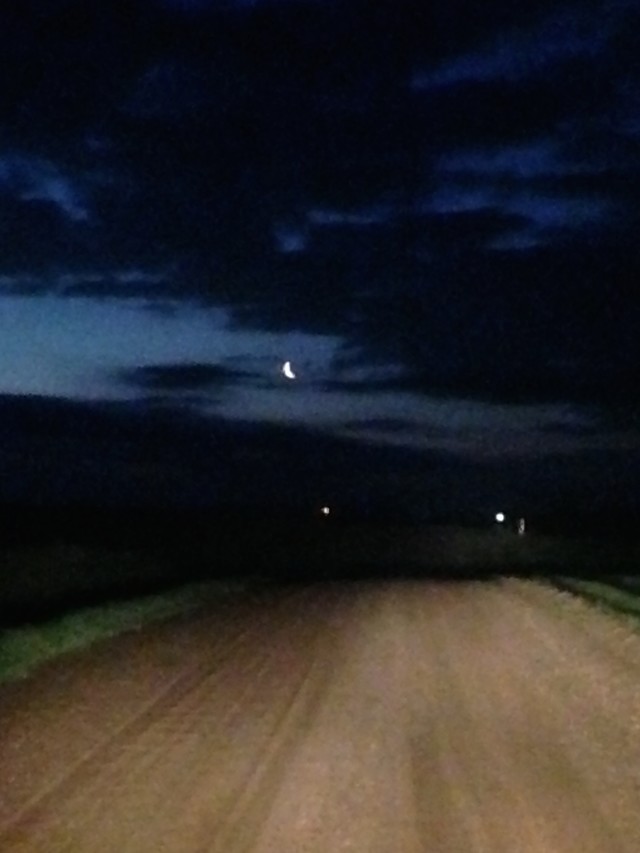 And then, because of the threat of unidentified night critters with beady eyes (and the fact that you watched The Walking Dead the night before), you promptly hop back in your car.

After I snapped the picture, I drove on, into the almost-dawn. I thought a lot about God, and how He makes cool things — like slivers of pearl-moon so we can see in the dark.

And then I thought about you.

It’s Friday. And some of you have had a really hard week. You feel the opposite of awesome. Best intentions have given way to dashed hopes. You missed the deadline. You burned the pizza. You forgot to set out the trash. You wish you had more pants with elastic waistbands. There was the self-loathing, the teenage drama, the endless stream of your inner critic’s combative commentary. Plus, it’s swimsuit shopping season, and your body is still holding onto its — how shall we say this delicately? — “winter layer.”

It wasn’t all bad, of course. There was Netflix and new baby kittens and a 92-point word on Words with Friends. There was the kid who texted you just to say, “Thanks, Mom.”

So that’s what I was thinking about when I was driving at 5:06 a.m. on a dirt road, under a pearly fingernail of a moon. I was thinking about the good and the ugly and the miraculous. I was think about God, and about you, and that old saying, “It’s always darkest before the dawn.” That saying probably isn’t scientifically factual, if you think about it too long, but it makes sense to my spirit. Because, in my life, God’s great light showed up brightest after I’d groped through the dark-i-est dark. If you’ve been reading here long enough, you know I experienced a couple decades of not believing the Jesus story. I wanted to believe, but I couldn’t wrap my mind around such an improbable tale. Those were pitch-dark days, let me tell you, when life is just a rat race and the end is just a grave. There was no such thing as hope.

I won’t ever forget how God rose like the sun on the horizon of my worst fears, and how He pushed back the darkness inch by inch.

I don’t know what your darkness is this week. But I know that some of you are standing in the middle of it. You are on a lonely road, looking for the light, and maybe it feels like a tiny sliver hung in the sky by a God that you’re not even sure is paying attention. Keep facing east, my friend. The light is coming. You can’t see Him yet, but keep facing east, because you will. The Light of the World is rising to push back your dark-i-est dark. 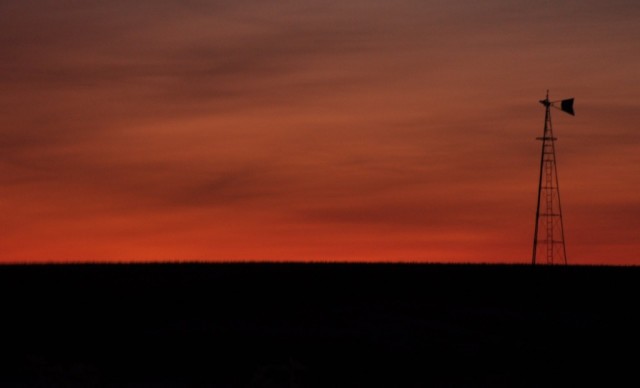