We played a game of “Captain May I?” on Saturday afternoon at the farm.

The game is simple. With the captain’s permission, you take giant leaps or baby steps toward the finish line. The first one to reach the “captain” is the winner.

The means of reaching the end vary. The captain may call on you to bunny-hop, frog-leap, crab-walk or princess-step your way to the finish line. (At least, that’s how we play it in the Lee Family.) But you may only move forward — and this is the most important rule — if you first ask: “Captain May I?”

But children, over-eager in anticipation of victory when they are close to the captain, invariably leap without asking the critical question. This happens especially when the finish line is cruelly within reach. Without permission, the player is not only forbidden to move forward, but she is sent back to the starting line.

That’s how the game went this weekend with my two daughters, ages 7 and 4, and my 4-year-old nephew. They lined up at the starting line: the round table in the corner of the living room. By the time any of them were within a step of the captain, they would make the final leap without asking permission.

This would usually result in a child returning to the living-room table in tears — to the point where we figured we ought to find something new to play.

It was just too hard to stick to the rules — even when the rules were so simple.

This went on for a good 10 minutes, with frequent teary returns to the table — until at last a winner was declared.

There’s a saying that goes, “All rules were meant to be broken.”

A day before the game of “Captain May I,” the Lee family sat around the starting line: the living room table.

Around that table, on a Friday morning, our family took tiny wafers and little communion cups. We were a rag-tag bunch of rule-breakers, taking the blood and body of Christ on a common Friday while wearing pajama pants and old T-shirts. Our hair was uncombed; at least half of us hadn’t showered.

We were tear-eyed children at the starting line.

Not one of us has come to the table of grace by “doing our very best,” or by following all the rules. None of us was capable to reach the finish line on our own — no not one. 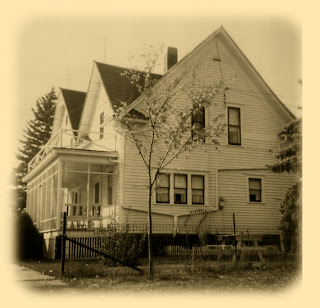 It has been a tender time on the farm. Any of you who’ve spent some time here at GDWJ lately know that.

And if you’ve spent some time here, you know this, too: At least one of us around that Table of Grace is probably a little closer to the finish line than the rest of us. He’s done fighting the physical battle of cancer, and he came back to the farm for a while before he makes his next Big Trip.

Have I told you that he’s a captain, too? Did you know that? Is it boasting to tell you he was an Army Captain? He’s a guy used to giving orders, being a stickler for the rules. He’s a guy who was used to hearing the question: “Captain, May I?”

But on a snowy morning, communion cups in hand, the captain and the rest of us knew that this moment wasn’t about rules. It was about grace.

Whether we princess-walk, army-crawl, or stumble our way to the finish line, we who believe can leap into the arms of the Captain without having gotten it “just so.”