Yes we can. We really can. 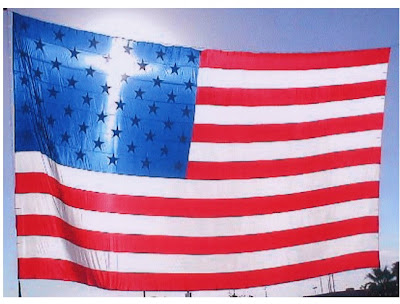 Her excitement caught me off guard, seeing how she’d been a rabid McCain fan only 12 hours earlier. She and her older sister had a spirited debate Tuesday over who the next president should be.

Lydia favored Obama’s calls for change and for reconciliation. “He doesn’t like when people fight, Mom,” she would say.

Anna preferred the more grandfatherly John McCain, noting his interest in fishing — just like her two “Bops,” as she calls her grandfathers.

But this morning, as the girls heard the post-election news coverage, they cheered in unison for the new president.

“Why did you change your mind, Anna?” I asked.

She responded matter-of-factly: “Because he won!”

In three words, Anna summed up the tone of McCain’s gracious concession speech the night before. McCain’s message was this: We must now stand behind Obama. Because he won.

“Whatever our differences, we are fellow Americans,” McCain told us last night. McCain spoke of Obama’s ability to inspire voters, to reach the disenfranchised. McCain called on his country to stand behind their new president.

A short time later, Obama repeated a creed that sums up the spirit of a people: “Yes, we can. Yes, we can.”

E pluribus unum. In America, out of many, we are one. And the One on the throne is still the boss over the many.

Yes, we can. Because He is.

“Jesus Christ is the same yesterday and today and forever.” Hebrews 13:8