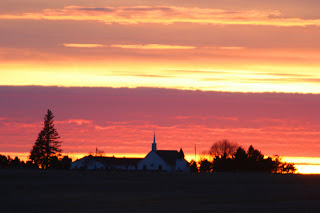 “So what exactly does it mean to worship God?” That’s the question that appeared in my inbox yesterday.
This was my answer:

I’m guessing it’s often at the altar,
but just as often not.

That sometimes, it’s set to music,
but more typically, not.

I’m thinking it’s in my backyard hosta patch,
in my husband’s cornfield,
in a hospital nursery full of newborns.

It’s in the high-church liturgy —
and in the sweaty mosh pit at a rock concert.

I’ve worshipped at the kitchen sink,
and while reclining in a chair,
and while at the bedside of the dying.

It’s knowing that when I don’t,
the stones will.

It’s like what Brother Lawrence said,
when he wrote about practicing the presence of God
while washing dishes
and cooking meals.
There, in the clatter of the kitchen,
Brother Lawrence possessed this:

“God in as great tranquility as if
I were upon my knees at the blessed sacrament.”

It’s a heart that is at once shouting God’s praises,
and rended in humility.

It’s standing on the Rock,
and at once, falling to my knees. 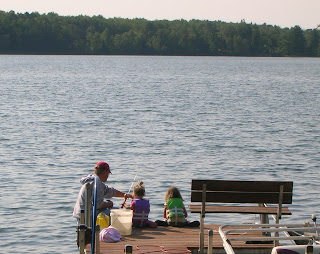 Thank you to Marcus Goodyear for asking the question.

Photos of two places of worship:
Under the steeple of my church every Sunday.
And … at the end of a fishing dock with three of my favorite worshippers.

If worship is not about the place — but about the Object of my affection — who’s to say that the one place is greater than the other?