What We All Need to Remember Every Spring 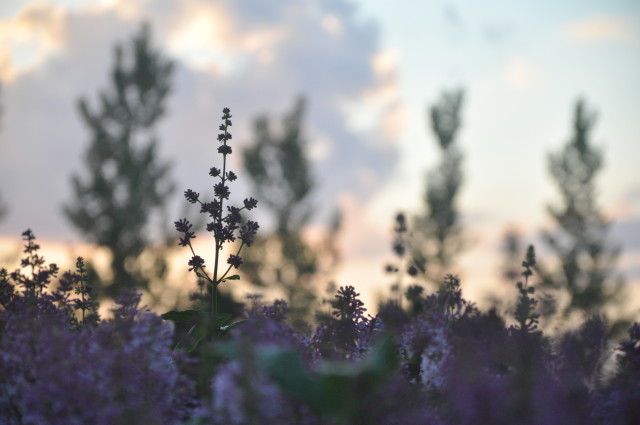 My father-in-law was diagnosed with leukemia in 2008, a few weeks before the first tulips popped their glossy mouths open, toward the spring sky.

Our daughters were six and three at the time, and they immediately asked us if “Bop”—as they called him—was going to die. The prognosis wasn’t good, but there were treatments to take, prayers to pray, moments to be brave, days to be lived—one precious hour at a time.

We told the girls how dying isn’t a dead end, but a doorway.

And until we got to the doorway, we had a lot of living to do in the hallway. I still remember all the tea parties that Bop hosted on the back deck of their farmhouse that year. The cups were so dainty in his big farmer hands.

Spring bloomed. And many weeks after the leukemia diagnosis, the girls and I were walking through a park, where gardeners had painstakingly tended to row upon row of tulips for an annual tulip festival. We didn’t get to the park during the tulips’ prime blooming days. By the time we showed up there, the tulips’ heads had begun to nod, draining out their color.

We knelt down by the dying flowers, and the girls cupped soft petals in their small hands.

I told the girls how the tulips were “perennials.” They bloom profusely, for a time, then slowly fade into a sort of death. But next spring, those same tulips would bloom again.

The younger daughter asked me, “Why are you crying, Mommy? Are you crying because we got here too late?” And I just hugged them and told them how beautiful the flowers were, even when they were dying.

Summer came. Bop grew weaker, and we all felt this shift in our prayers, toward accepting things we couldn’t change.

Fall arrived, in a streak of gold, and Bop willed his weak self to work alongside his son on the Lee family farm. That was his last harvest, and I remembered how, though frail, his hands still looked so big.

By December, he was bald in a hospital room. We tried to cheer him with presents and Santa hats on Christmas Day. Carols played on a radio down the hall. Life kept right on going on, despite all this dying.

By January, well before the tulips would bloom again, Bop took his last breath, and it felt like all the color got sucked out of everybody’s life.

During the days immediately following his death, I worried about whether we’d adequately prepared our daughters for their grandpa’s death. I worried that we cried too much, or cried too little; that we talked too much about dying, or not quite enough. That I didn’t answer their questions about my own tears as directly as I should have.

I worried that I relied too much on metaphors about doorways and tulips to do the hard work of telling the children, in frank terms, that Bop was dying.

But then spring came again, with its perennial hope floating on the breeze. And I remembered what the tulips knew.

Spring reveals to all of us what God can do with a dark, broken world.

It’s a hint of our forever, draped in color, and crawling out from under cold death. Spring is a promise, and even though you don’t ever forget that winter existed, there’s a warmth that bursts forth within you.

The tulips never doubted that spring would come. They bloomed, lifting their faces toward heaven. And the girls, they plucked petals right off the plants, and I didn’t scold them even a little. And I did what they asked me to do next. Those two girls said, “drive to the cemetery,” and I did just that.

I drove them up the hill, to the Lee family plot, and I knelt down beside them as they spread soft petals on his grave. 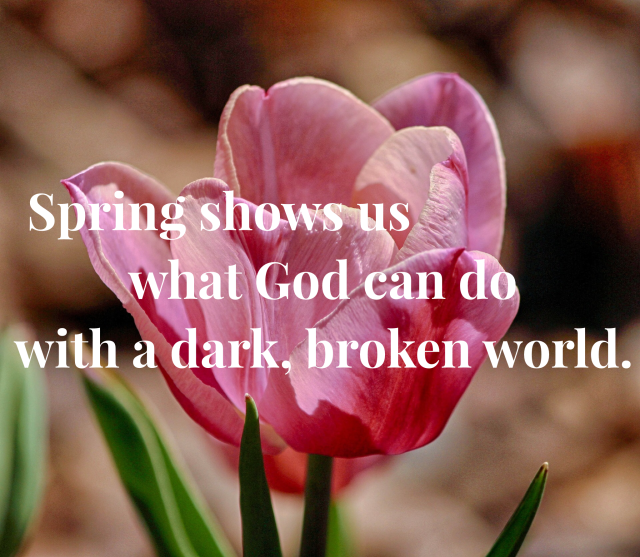 Where do you need “spring” most today? What are the tulips saying to you?