What Really CAN Fix Everything 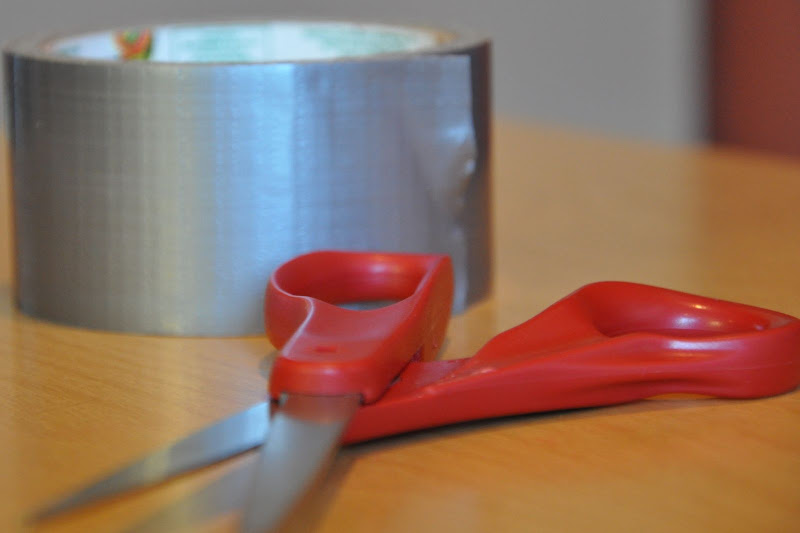 I’d gone and lost it. I mean, it was right there on the front seat!

But somewhere between the newspapers, and the postcards and the McDonald’s sacks, and those books I needed to return, I’d gone and lost it.

“Girls, have you seen my medal anywhere?” I asked them. They looked under the car mats and in the trunk and in the glove compartment and between the seats.

Did I mention it was my medal? It was the emblem that they had dropped over my head — bent down all weary, chin-to-chest — after running those 13.1 miles. It was the gilded proof on a ribbon that said: She did it! The girl who was always picked last had accomplished the completely illogical!

But I’d gone and lost it. It looked like this. Have you seen it? 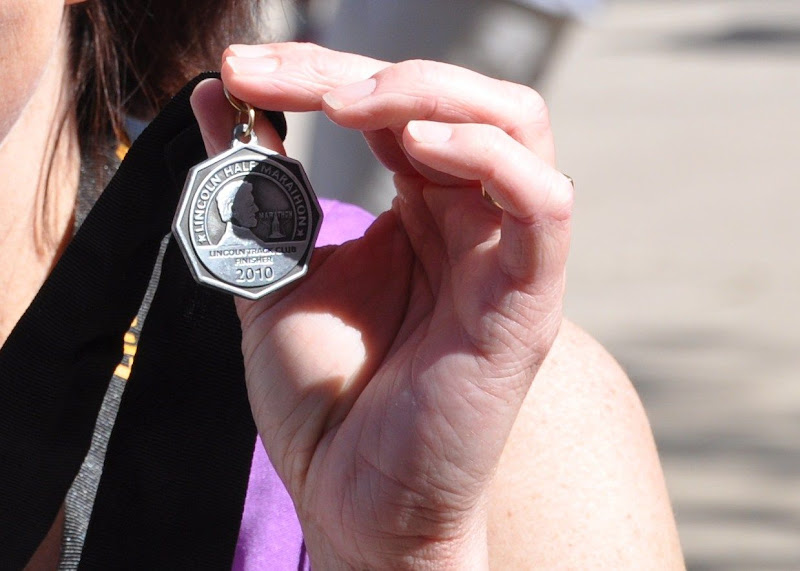 I emailed the farmer, who’s been at his desk these rainy days. Could the repairer of tractors and broken toys and skinned knees fix this problem?

“I’m so sad!” I wrote. “I can’t find that stupid medal from my run.” (Somehow if I called it stupid, it might ease the pain a bit?)

“I let Lydia take it to show-and-tell, and she brought it back. It was in the car this weekend. But I’ve looked everywhere and can’t find it. I’m worried that I’ve thrown it away with McDonalds sacks or something. By any chance, have you seen it???”

When he came home, the Daddy who finds all lost things couldn’t find it either.

“It’ll be OK, Mommy,” Lydia said, and those eyes had sorrow right on the edges, ready to spill over the rims.

She was right: it will be OK. But I kept searching anyhow.

Check the drawer where you keep your jewelry, the youngest said. But it wasn’t there.

How about behind the washing machine? she suggested. Not there either.

I even called my mother — because that’s what we do when we lose things. We ask: “Mom, have you seen the … (fill-in-the-blank).” Does it matter that she lives 100 miles away? (And no, she didn’t know where it was either.)

So I dug the garbage can clean out, coffee grounds matting my arms and those banana peels clinging all slimy on hands that clawed furiously.

And this is what we do: We dig through the stinking, rotting messes to keep hold of the idols. We cling tight to the gilded, with our fists clenched and knuckles bulging. Oh, that we could open our hand to real Treasure!

I search for what I cannot grasp.

They come to me, side by side. The oldest has the words: “Mommy? We don’t mean to be mean or anything?” (Which of course means the next words will sting a bit) … “But you’re getting kind of annoying.”

But, but … Did I mention it was my medal?

From behind her back, she pulls the one she’s made out of yarn and a penny. She’s gilded it in silvery duct-tape. 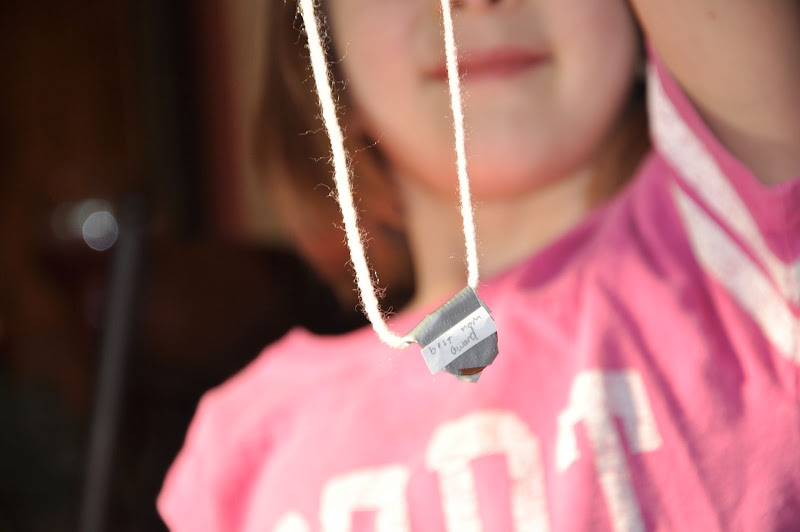 And this is what really can fix everything — not the duct-tape, but The Jesus in my girl.

I pull her in close and choke out thanks to the child who knows real treasure. Yes, she’s right, I was being annoying, and I know it’s OK to be a little bit sad, but mostly I smile. Because who can resist this treasure I’ve been given? Who can resist this life of real worth and value, which makes all else seem as rubbish?

His Word says it, too, but it sometimes makes me bristle, because letting go is so hard. He tells us: Count it all as rubbish, because compared to knowing Me, that’s what it is — a bunch of stinking garbage.

“But Christ has shown me that what I once thought was valuable is worthless. Nothing is as wonderful as knowing Christ Jesus my Lord. I have given up everything else and count it all as garbage. All I want is Christ and to know that I belong to him.”
— Philippians 3:7-9 (CEV) 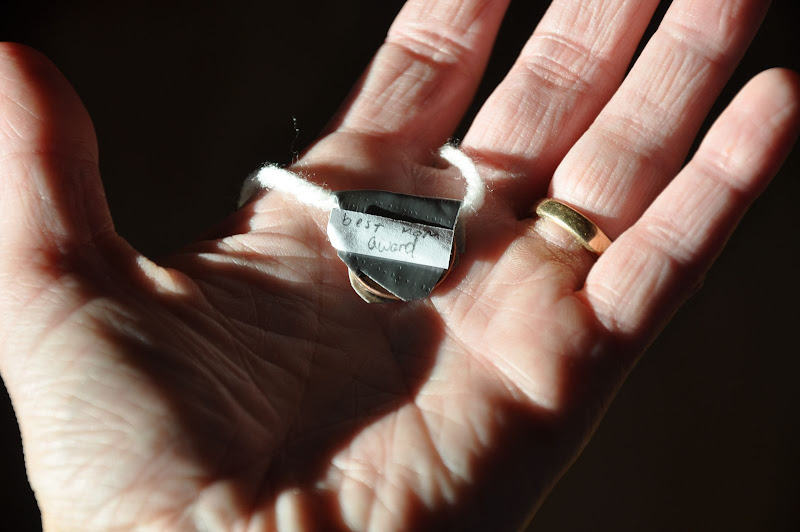 Today, Lord, may we let go of false idols and open hands so we can reach out and hold tight to You. Yes, you are real Treasure. Amen.