What An “American Girl” Can Do 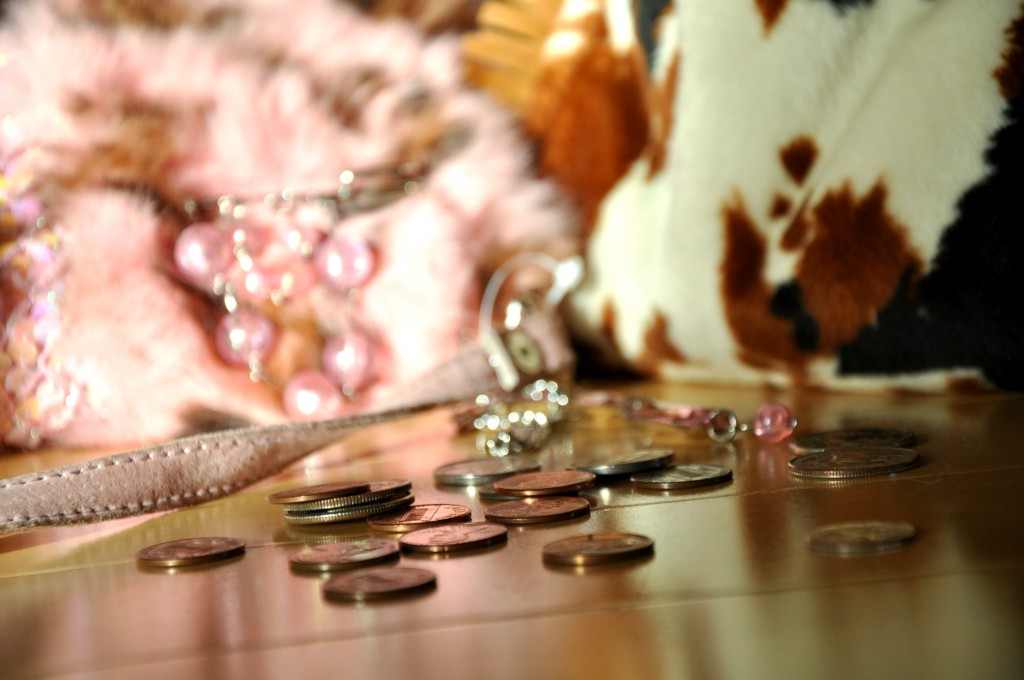 The girls, they’ve been thinking. That’s the sort of thing that happens when a Daddy leaves for a week, and when his absence starts to speak a language of its own. They start to talk back.

Their dad is in Haiti, his last day carrying lumber and tarps up a mountainside to build, and to rebuild, and to share Christ’s love. And in a way, we are right there with him on that hillside — even though we’re sitting right here around this kitchen table in Iowa.

Before we ate dinner, we prayed — like we always do — for our food, for our blessings, and for Daddy in Haiti. We were about halfway through our tacos  when it happened.

Lydia pushed back her chair and bounded from the room, footfalls pounding the staircase.

“Be right back, Mom!” she shouted.

She came back with her furry pink purse, stuffed with dollar bills.

“I know I have enough in here,” she said, breathing hard and pulling wads of bills from her purse. “I just know I do.”

She stacked tens and fives and ones in tipsy towers on the wooden planks of our kitchen floor. “… 48, 49, 50,” she said, and her numbers kept going higher.

I knew what she was doing. She was trying to reach $75 so she could sponsor an elementary child to attend school at Mission-Haiti, where her Daddy has been serving for the last week.

I also knew she had enough, but I let her keep counting.

“56, 57, 58,” she counted. It was a year’s worth of savings, from chores around the house, money slipped to her from Grandma, dollar bills tucked into birthday cards.

She and her sister have been saving up for American Girl dolls. I’d counted her money weeks earlier, and knew that she was well within reach of her goal to buy a doll.

With dinner half-eaten on our plates, we sat at the computer, and she found a girl to sponsor: Jacques Judith. “That girl,” she said, pressing her forefinger on the screen. 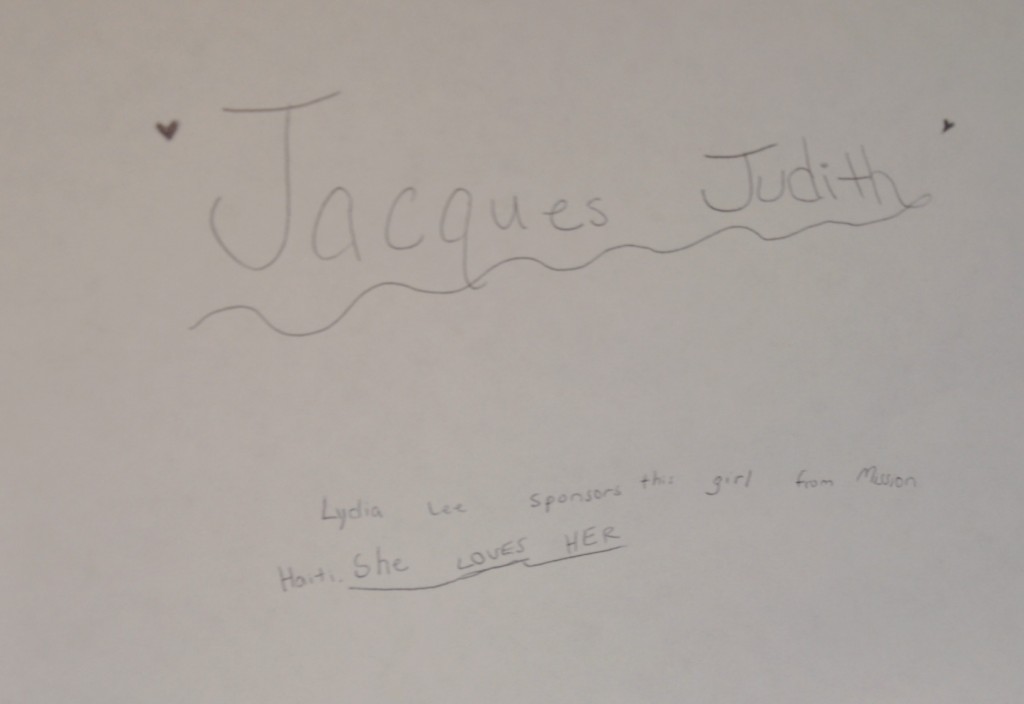 And then, we turned to see Anna, age 7, with tears quietly spilling down her cheeks. She sat with shoulders hunched at the dinner table.

She said she wanted to sponsor a child, too, but didn’t have enough money. She’d spent it on too many other things: cheap trinkets, lip gloss. I told her that she could support a child in other ways — prayer, or by writing notes to Jacques Judith.

But Anna, determined, stomped out of the room — like her sister had done minutes earlier.

She came back into the kitchen with her cowgirl purse. But I just knew there wasn’t enough money. It would take a Jesus-miracle to multiply her money — like He did with a boy’s lunch on a grassy hillside more than 2,000 years ago.

Anna started to count, and I watched it: This simple handing-over of her five small barley loaves and two small fish.

And on it went, stacking tipsy piles, until she pulled the very last dollar from her purse.

And that was it. No more dollars. She had exactly $74 in bills.

But the purse jingled with promise, and she pulled four quarters from inside. Just enough — exactly enough — to help a girl named Jirodier Jenese. 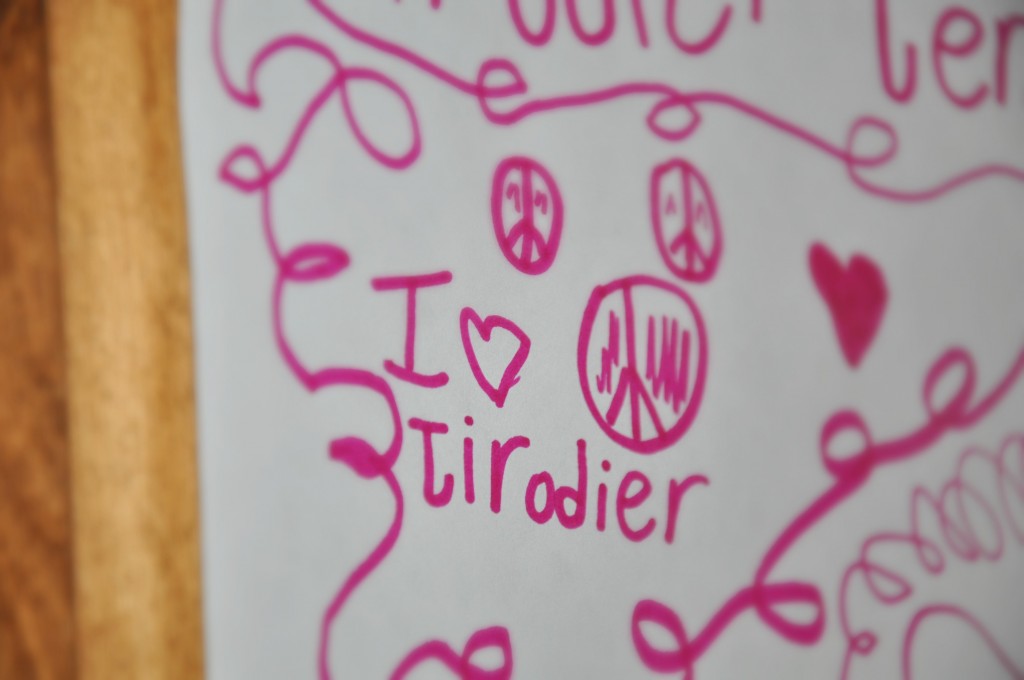 “Here is a boy with five small barley loaves and two small fish, but how far will they go among so many?”
— John 6:9 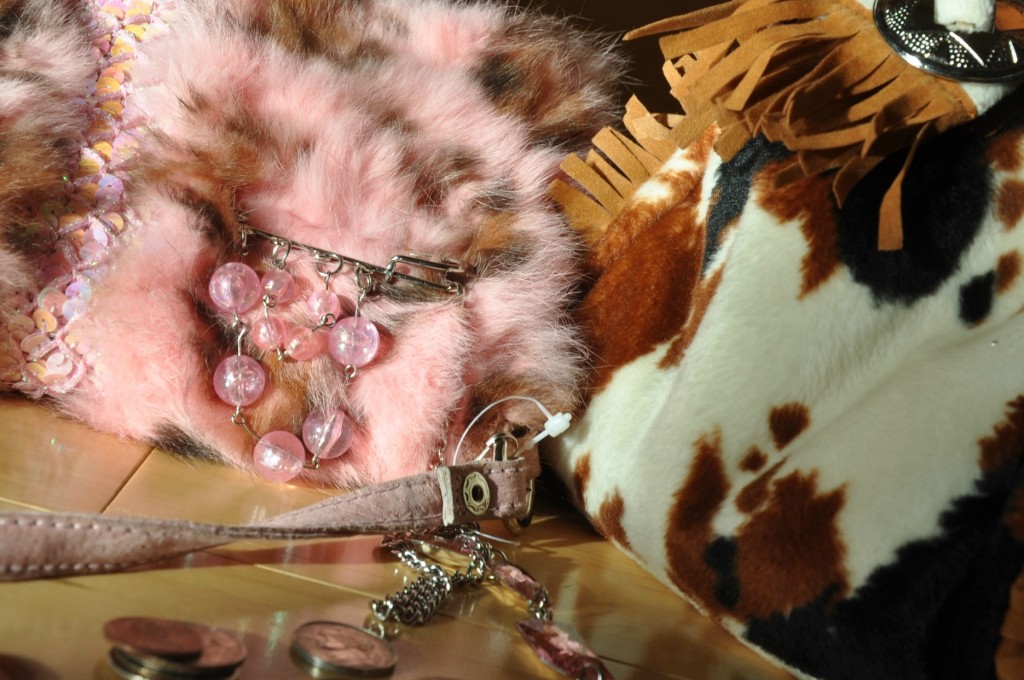 Writing in community with Michelle today …