What a Woman’s Heart Really Is

My favorite farmer and I took the girls to Chicago, for our first-ever “big-city vacation” … and a meeting with my book-publishing team at Tyndale, in advance of my book’s release in March. In my absence, Laura Lynn Brown — a generous-hearted and incredibly talented friend — is bringing words today for #TellHisStory. Welcome Laura to the blog. Her story unfolds like a flower, … to tell us what a woman’s heart is really like.

Something Ventured, Something Gained
by Laura Lynn Brown

He was such a gentleman that he wouldn’t come over to my apartment alone and let me cook for him. And it wasn’t even a date. It was two friends having dinner.

We’d known each other for years. At a chance meeting, he had told me a long story that revealed a heaviness he had been carrying, and I said I had a story I wanted to tell too.

So we met one evening over barbecue. After his prayer for the meal, and “How was your day?” pleasantries, he prompted me: So, you said you had a story. And I took a risk, opened up and talked. He listened well, compassionately, interestedly. He asked good questions that put me at ease. We covered a lot of ground, the way you do in the best conversations, when you’re with a friend you can trust.

Then we noticed the absence of ambient noise. We looked around … All the other patrons had gone. An employee was sweeping the floor. It was closing time, and we were just getting started.

Is there somewhere else we can go to talk? he asked. I suggested the Big Dam Bridge, a pedestrian and bicycle bridge nearby, built over a lock and dam and providing a popular place for all manner of folk who want to exercise or simply to walk and talk.

We went to the bridge, found an empty bench and talked for another hour or two. Time flowed like the water beneath us: upstream, words dammed, unspoken, waiting, building; downstream, a free-flowing mingling of stories and questions and jokes and give and take.  But the next day was a work day. So he walked me to my car.

“This was fun. We should do this again sometime,” I said.

He said thank you and shook my hand.

And that evening marks the beginning of what I have come to call our nine-day courtship.

Our conversation never really stopped for a few days there. We talked on the phone. We wrote letters via email. We gave each other nicknames. We had a growing to-do list of stories to continue another time. I lived near one end of the bridge and he lived near the other end, so I suggested that we go to our respective ends and meet in the middle.

The evening we did that, the first of my patio cherry tomatoes was ripe. I harvested it, washed it with the stem still on for looks, and packed it in a lunch-size cooler with a plate, knife, salt, pepper, olive oil and a red and white checkered tea towel.

I got there first and claimed a bench for us. Eventually he came in view, loping along, toting his own small cooler. When he got to where I was, he unpacked two tumblers filled with ice and a jar of fresh-made sweet tea. I set out my tea towel, sliced and prepared the tomato, and said, “Cheers!” We clinked our tomato halves and toasted our impromptu picnic.

“I liked knowing you were up here when I was walking up the ramp,” he said.

“I liked knowing you were coming,” I said.

We talked for four hours, continuing where we’d left off, picking up threads we had dropped. Things that I had said to him in imaginary conversations, I found myself bold enough to say when the subject came up.  About 45 minutes of our talking took place after he walked me to my car.

Have you ever been to a cavern? Passed through the nondescript opening in the rock, or grass, and entered a room of wonders, and then another room, and sensed it opening upon room after room of yet to be discovered amazements, each more stunning than the last?

And aside from a joshing tap on the shoulder, and the friendly one-armed side hug at the car, when we parted, there was no touch — just words and eyes and ears.  a tender listening.

We met for dinner one more time, when he’d had a bad day at work and wanted to talk. He invited me to pray the blessing over our meal. I brought another tomato as a brown-bag appetizer and started to eat my half before he reminded me, Wait. We have to do cheers. We talked, and talked, even more boldly. I said, and immediately regretted, that if he began dating, I’d like to be first in line.

Time passed. We looked around … there were no other diners … an employee was putting the chairs up on the tables, preparing to sweep …

In the parking lot that night, I got the full-frontal, two-armed hug, which he teasingly noted was still within the bounds of friendship; he hugged his men friends that way too.

A few days later came a letter that made me cry, for the loss of something that never would have been, and I knew it, but he was the one disciplined enough to say it. He couldn’t offer the kind of friendship I was seeking. And one paragraph could have served as a credo for us both:

“God wants us to learn that He is sufficient not only to save us but to hold and comfort us in the night. I think we both are at a point in our lives where God is burning out all the underbrush and trash, knocking down anything we may use as a prop, which He does because He loves us, and He wants us to love Him as much, and to depend fully on Him to take care of our lonely hearts. He wants us to love Him first and most.”

Before that letter, though, I had had, to use his phrase, a Damascus 2-by-4. Sometime after the Tuesday barbecue-and-bridge talkathon and the Thursday bridge picnic of cherry tomato and iced tea, but before the following Wednesday cafe talkathon, it hit me.

In just a few days, I was feeling peppy, happy, hopeful, confident , optimistic, even pretty. And one moment outside my home, walking to my car with a new spring in my step, I thought, how ridiculous that a few days of thoughtful attention from a good man should have such a profound effect on my image and awareness of myself as a woman.

A woman’s heart is like a sunflower, and it turns toward the light. I had flourished in the light of his truly seeing me. But I needed to aim the angle of my flowering heart a little higher — to the Father who made me the woman I am, and who knows and sees, more intimately than anyone on earth ever will, the woman he asks me to be. 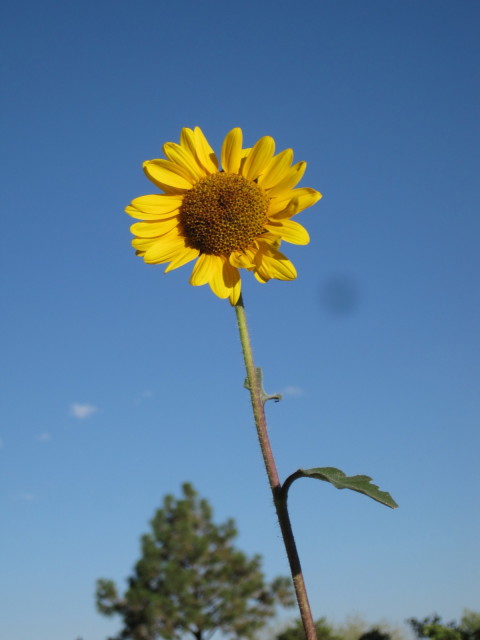 In answering his letter, I told him I was officially moving him to the category of male friends I call BFAMs — brothers from another mother. I thanked him for those days, for the attention that reflected and refracted God’s love for me.

In his relieved reply, he gave himself a nickname that still characterizes our friendship, two years later: BFAMBTSF.

Brother from another mother, but the same Father.

Laura Lynn Brown works as a copy editor and writer at a daily newspaper in Little Rock, Ark., where her headline writing has won regional and national awards. She grew up in eastern Ohio and was educated at Harding University and the University of Pittsburgh. She is a keeper of memories, a listmaker, and an observer and collector of small marvels. Her first book is “Everything That Makes You Mom.” She invites you to follow along on her blog. 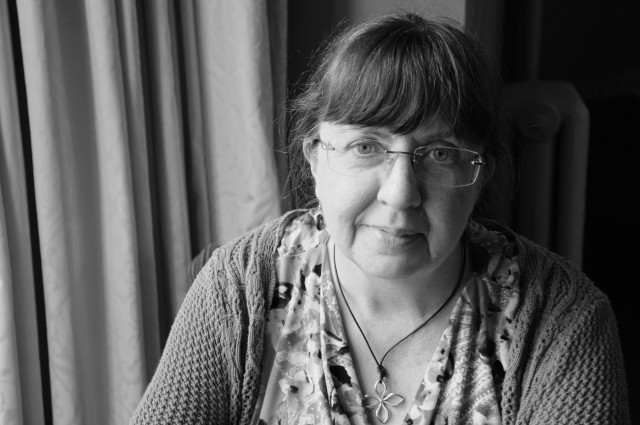 For details on the #TellHisStory linkup, click here: https://jenniferdukeslee.com/tell-his-story/. Be sure to find someone (or two) in the link-up to encourage with a comment. Come back on Friday to visit our Featured #TellHisStory, in the sidebar.