Trading Up Our Dreams

The phone rings, and it’s our favorite farmer calling his three favorite girls with an invitation: Come to the barn across the road from Grandma’s house. The truck had dropped off nearly 600 little pigs. He’d meet us there in 10 minutes to swing open wide the door of new life. 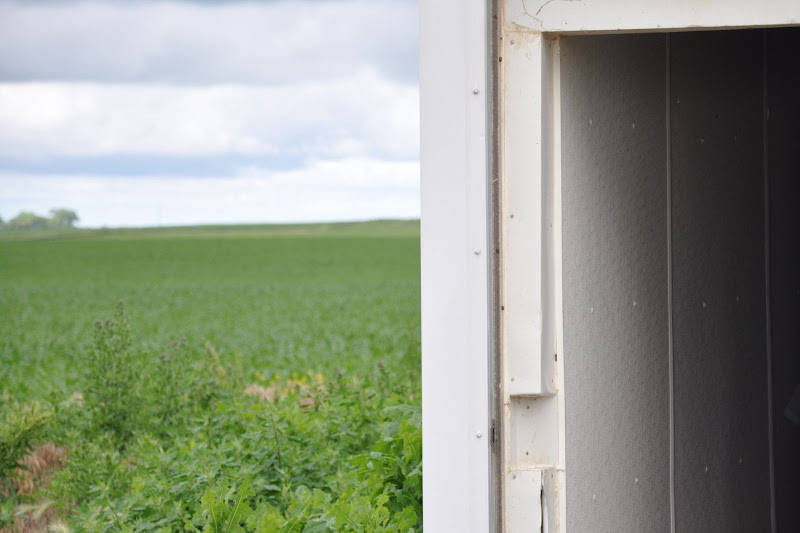 Wear your farm clothes, he reminds us, because it won’t smell all that great. (As if we need reminding). And, he says, wear shoes that wash easily with the garden hose.

And we won’t forget the camera because these pigs aren’t like the others he’s raised. Some have spots; a few are colored black or brown.

Anna slips on silver-sequined shoes, and I suck in my breath, knowing this wasn’t what the farmer meant when he spoke of sensible footwear.

But giddy, we rush for the van. Anyhow, won’t sequins wash as easily as anything else?

We trace country roads toward the hog barn, where the waiting farmer stands by the open door to lead us down paths of squealing life.

The farmer smiles wide with his welcome. He pushes the door open to his bride — who long chased dreams of the city life — and to these two little girls who’ve known nothing but the farm. Even the sequined one knows to roll up her pantlegs before she steps through the door. 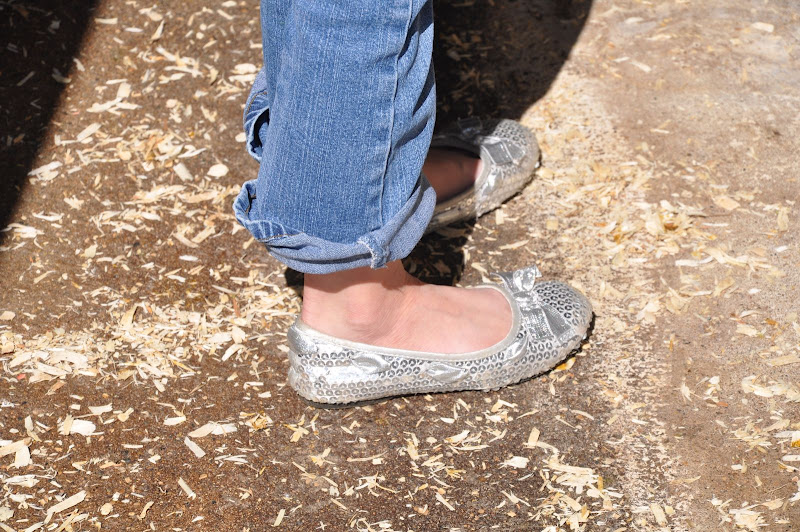 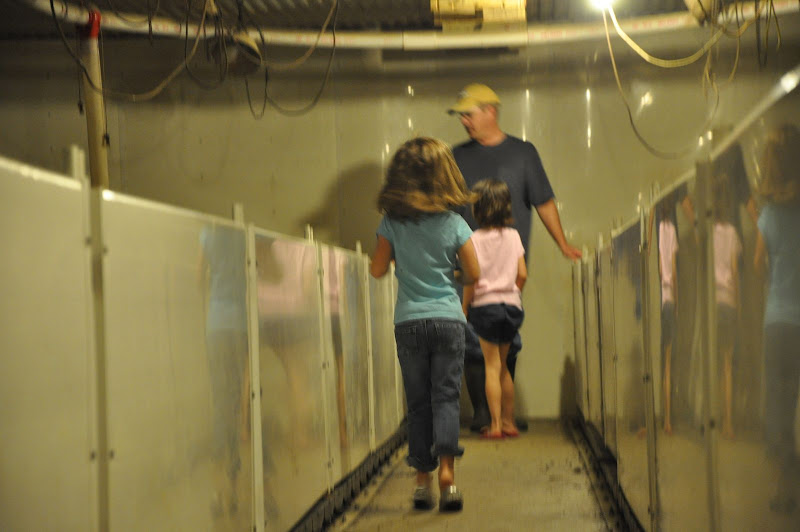 The farmer graduated law school in 1996. And I, the farmer’s wife, worked at metro newspapers, covering the presidential caucuses and governor’s press conferences and the Capitol beat.

That all seems so long ago. I forget what it feels like to wear pantyhose. My out-of-style suits hang in the closet, collecting thick lines of dust on the shoulders. Last week, I found Scott’s law-school books in the basement storeroom.

These days, we wear Carhartts and read the Iowa Pork Producer Magazine.

And on a June morning, we stand in the stink, this family of four, peering into pens of shifting, wary pigs.

The farmer plucks a black pig from the sea of pink, and the pig protests loudly. The farmer says their genetics made these different than the others have been. Usually, they’re all whitish-pink. The girls name the black one Midnight, and she calms to their gentle touch and soft voices.

I look through the lens, push the shutter, and marvel at the new life — theirs and ours.

I used to feel out of place — like Midnight. I felt different from the others and inadequate as a farm wife. I’d see other women driving wagonloads to town. They’d bring steaming meals to their favorite farmers in the fields. I still don’t know how to drive tractor. I bring my husband ham sandwichs in Ziploc baggies.

But I don’t feel out of place anymore. I, too, calm to the Gentle Voice. I might be a Midnight girl, but aren’t we all different anyhow? None of us fades like pink into the pack, do we? He has marked each of us uniquely.

For where we are
is where
we belong.

“He determined the times set for them
and the exact places where they should live.”
— Acts 17:26

We did not give up on our dreams. We simply traded them for dreams with roots in fertile Iowa soil.

Perhaps it’s because we desire the rooted things: family, crops, a legacy of generations, tradition, soul-friends, words rooted in the Word, … Root of David.

And yes, yes, of course God is also in the city, and on the 50th floor of the skyscraper. The Root of David sends His Spirit into the cubicles, and the press conferences and the courtrooms.

But for us, we found Him right here in this unlikely place where we find ourselves: on an Iowa farm. 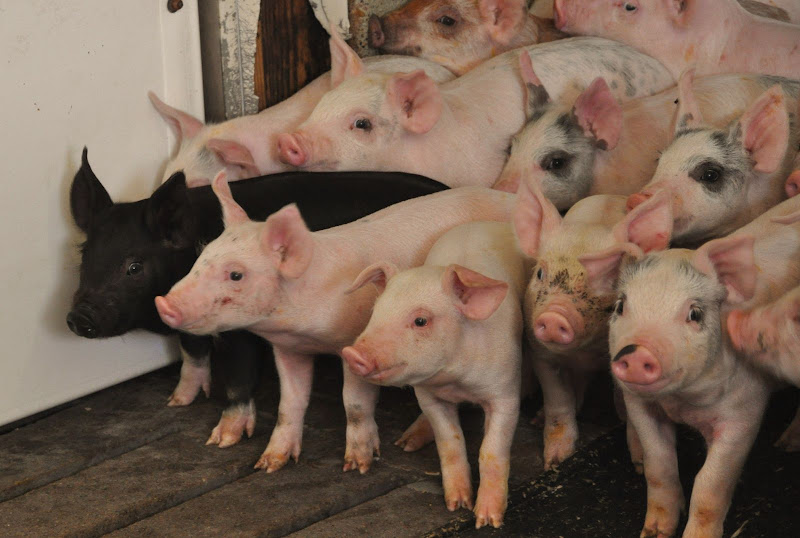 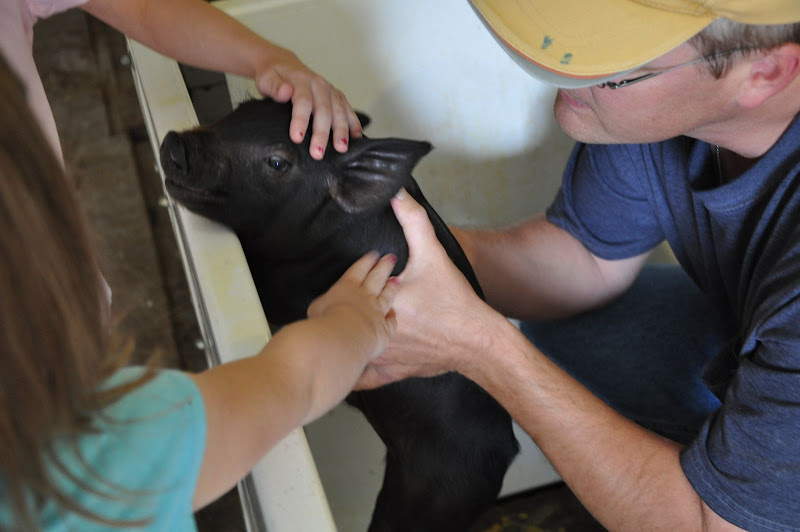 Each Wednesday, I join Ann Voskamp with her Walk with Him Wednesday series. This month, Ann asks her community of writers to consider the Spiritual Practice of Holy Matrimony. Specifically, she asks, What is the Secret to a Lasting Marriage? For us, it has been adaptability and a willingness to follow God’s leading — even when it didn’t make sense.

What is your secret to a lasting marriage?