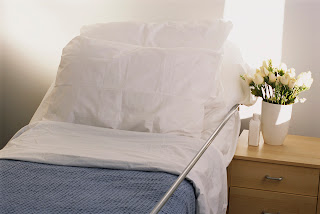 I wish you could meet my friend, Dave.

He’s the pastor at the Methodist church in the little Iowa town where I grew up — the church where I was baptized, confirmed, took my first communion. He’s the pastor who baptized our daughter, Lydia, when we didn’t belong to a church of our own.

He’s one of the most committed — and unconventional — Christians I know. And he doesn’t leave you guessing about where his hope lies. He doesn’t evangelize in a pushy, judgmental way — but in a gentle way that says, “I have a Friend that I’d like you to meet.”

Dave wears a huge cross around his neck — like a rap star– only Dave is short, bald and has a high-pitched voice. On the front of his shirt, he also wears a large plastic plaque, engraved with the words: “Jesus is the Christ, the Son of God.”

I don’t know how he could afford it, but for years, Dave gave out those One-Year Bibles to anyone who would take one.

He’s the kind of pastor who gives sermons that you wish 1,000 people could hear, but there are only about 30 people in the pews on any given Sunday. You get the feeling he’s not doing it to draw crowds. You get the feeling that he’s really just having a conversation with God, right then and there, in the red-carpeted sanctuary of that little Methodist church.

I’ve heard Dave refer to Jesus as “The Repairman.” Jesus worked as a carpenter, died on the cross to fix the mess in this world and then works in the repair business even today, fixing broken lives.

So on Sunday morning, Dave stood at the front of his congregation, which includes my parents, and asked them to go to the Repairman on his behalf.

“The doctor is going to be taking my foot off tomorrow,” he told them.

Dave was born with a foot deformity, and after years of foot troubles, the doctors thought it best to just remove the foot entirely.

As Mom described it, “It was like he was telling us, ‘The doctor is going to give me a manicure,’ … or, ‘We’ll have a meeting tomorrow morning at 10:30 in the foyer.”

I mean, here’s a guy who’s having his foot removed, and there isn’t a hint of panic in his voice.

At the hospital yesterday, Dave wanted to wear a special pin on his surgical gown. It was similar to those buttons that parents wear to show support for their favorite soccer player or their star quarterback.

Dave’s button has a picture of Jesus on it. He had the button made at Walgreens, and he wanted the surgical crew to see who he was cheering for.

Just before surgery, Dave pinned it to his gown, but the nurses said he’d have to keep it pinned to his room pillow instead, hospital rules and all.

Dave was fine with that, he said, seeing how he carries Jesus with him everywhere he goes. (He never misses an opportunity.)

Dave came through surgery like a champ. Just after surgery, Dave showed Mom the button of his Star Player, pinned to his hospital-bed pillow. Then Dave, the patient, led the room in a prayer of thanksgiving.

Before Mom left, Dave reminded her: “Keep your eyes on Jesus.”

That’s the thing about guys like Dave. Even when they lose their step, they keep their eyes fixed on the Repairman.