So, if anyone’s handing out Mother of the Year awards, they can leave this woman off the list of nominees.

That’s what I was thinking about myself over the weekend. 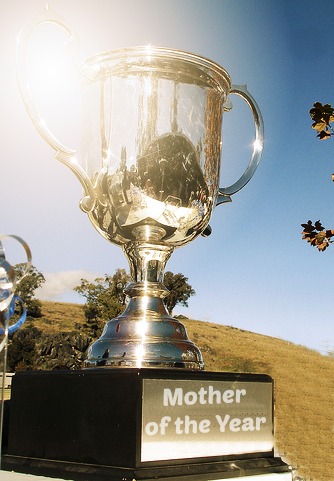 Truth be told, I’d pretty much lost rights to that award a while back. Probably on the day when I found those dust kangaroos under the girls’ beds, or when I packed their school lunch bags with very expired yogurt (“It was soooo gross, Mom,” Anna shuddered).

Or, maybe it was the day where I couldn’t find the children, due to the chin-high weeds surrounding our swingset.

Then again, it could have been that series of days in August when I justified fewer baths, on account of them swimming in chlorine.

There’s more evidence: the unsigned permission slip, the forgotten promise to play Scrabble, the ruined shirt that I meant to put with the whites, instead of the brand-new brights.

Sometimes, whole weeks can feel like series of Mondays.

Even Saturdays can feel like Mondays. It went down like that this weekend. It started when Anna got her eye poked in a rough game of something-or-other in the family room.

Anna’s cry echoed up the stairs. I found her curled in a ball and cupping her hand over her eye.  Her big sister was rubbing her back. “Sorry, Mom…” Lydia had accidentally poked Anna.

I scooped Anna in my arms, rocking her on the last stair, promising her that it would be “all right, honey, you’ll-be-all-right, it’s-gonna-be-all-right. Come on now, you’ll be fine.”

You can say words that sound like promises, and somewhere in that moment, lose your last-bid chance at Mom of the Year. Because she wasn’t all right.

She wasn’t all right as the hours passed — when we ran a few errands, or when we headed to the mall a few hours later, or when we fed the cats, or picked tomatoes, or folded laundry. She wasn’t getting better at all, even though I kept telling her she would.

She was getting much worse, and it stuns me how I didn’t really notice how much worse, until she burrowed under the blanket at suppertime because the lamplight hurt her eye.

So, eight hours after the incident, we were back in the car, headed down our dusty country lane as the sun slipped below the fields. This time, we were headed for the ER, and I was wearing guilt on my sleeve.

The ER doctor put dye in her eye, and in the glow of a blacklight, the doctor found one thick scratch — a “corneal abrasion.” 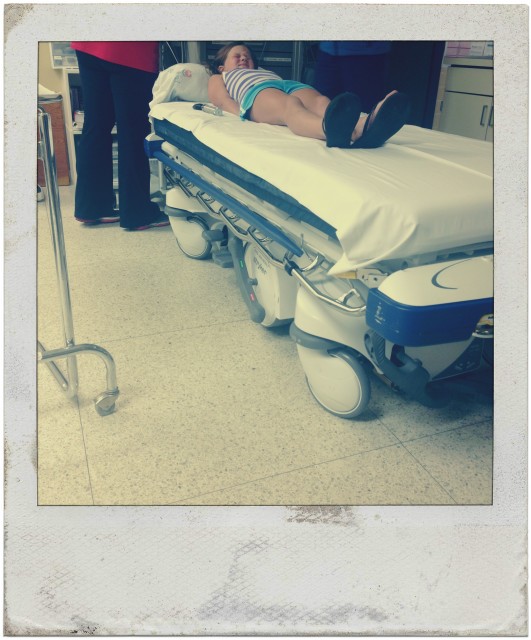 The doctor sent us home with eye drops and instructions.  I also walked out of the ER with a heaping dose of guilt that hadn’t been prescribed, but I swallowed it anyway.

I squeezed Anna’s hand as we walked through the glass doors.

I helped Anna into the car, closed her door, and looked up at the first twinkling stars of a Saturday night, like the answers for my failures might spell themselves out in a constellation. But I knew it then: I don’t need a constellation as an answer for my self-condemnation.

I do need this: grace to cover my guilt.

We all need this — grace for our Mondays and our every days.

God’s not asking us to beat ourselves up, or cut ourselves down, or replay old mistakes. He’s not asking us to look back with guilt, but to look forward with hope. Unlike yogurt, his love doesn’t expire. His grace is bigger than my dust-kangaroos. And His mercies are unending, coming every morning, just like He promised.

On the way back home, Lydia cheered her sister with a photo-illustration of our Godson. 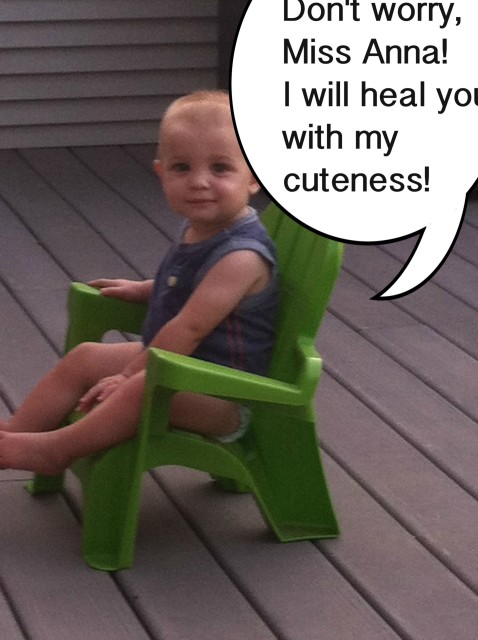 And Anna asked if she could wear her pink polka-dotted sunglasses to school, to shield her sore eye from the bright light. (And so, she’s wearing these shades to school today… ) 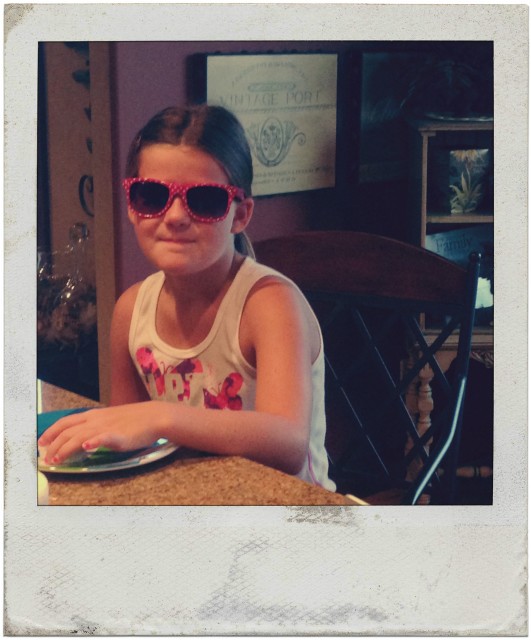 After we get home Saturday night, I curled up next to Anna, rubbing my fingers through her hair, waiting for her steady breathing to tell me that she was sleeping restfully.

But before she drifted off, she murmured into the darkness.

“Mommy, you’re the best Mom in the whole wide world.”

Tears stung my eyes, and I felt my guilt disappearing on account of the tender words of a child.

Right then, I didn’t care what the Mother of the Year Committee decided. Because Christ is bigger than committees, and forgiveness is larger than faults, and the grace of my girl — in the crook of my arm — evicted the guilt in my heart.

I closed my eyes, and breathed my prayers:

Out, guilt.
In, grace. (And grace smells like strawberry shampoo.)

And together, we drifted off to sleep.