A year has passed since I  sat in the back of a pickup truck in Haiti, while we were parked outside a ramshackle hut without windows. I might have been a little scared of that myself.

We leaned against the dusty truck, waiting and praying. One of the women held the baby in the covered cab of the pickup. I sat in the back, in the open bed of a dusty pickup truck, with Lydia. We sat across from the father. All of us bounced along the rocky path, headed for the orphanage. The father clenched his jaw, staring into nowhere, like he might pluck some courage out of thin air. Like maybe he was a bit like Abraham, headed up the mountain with his son.

The pickup pulled up to the orphanage’s clinic, and we all piled out, toward an altar — the kind of place where you surrender something at the feet of your God. Orphanages can be like that. They can be like altars, uncomfortable but necessary.

We found out the boy’s name was Steve. And we thought it such an odd name for a baby boy from Haiti. We all knew guys named Steve back in the United States. Steve was the public relations guy at the university, the car-insurance salesman, the usher at church. We giggled, maybe a bit too much, the way nervous people do when they’re scared for the worst, but hoping for the best, and not really sure what to say.

That baby named Steve? He was no Isaac. There was no ram in the thicket. Steve stayed on the altar like a sacrifice. And the father left, alone.

Laying Down Our Isaacs

It’s been a year since that day we picked up Steve. His dad never came back for him, and I don’t know the reasons why.

I think about Steve as Lent approaches, and as we consider what we’ll “give up” in the days leading up to Easter.

(This is an edited post from the archive, as I’m dealing with some illness in the home this week) 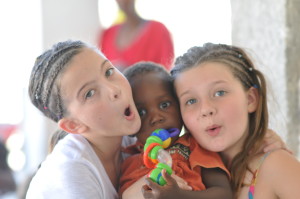 We saw Steve during our recent trip to Haiti, and he took a real shine to the girls. Steve is being cared for at Tytoo Gardens Orphanage, where our family spent about a week over Thanksgiving. 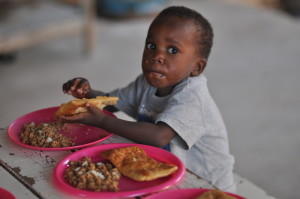 He’s healthy and happy and will get to attend the Touch of Hope school in a few years. 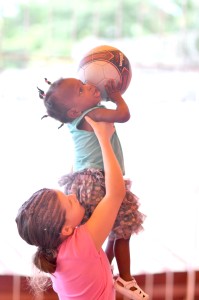 You know by now how I love the ministry of ViBella Jewelry in Haiti. This month, I am helping host a ViBella party as a fundraiser for dear friends who are adopting a little girl named Gracie from Haiti. The money raised with this fundraiser will not only support Gracie’s Adoption but will also support the women who make the jewelry and their families.

You can shop by clicking here, and be sure to include the  code FST09 in the coupon code section. This ensures that credit will go toward the Gracie Adoption fundraiser.

Remember code FST09 at the checkout. 🙂

(Photo: Anna holding Gracie. We were able to meet her during our recent trip to Haiti.)

A final note: This is a safe place to tell your stories. You don’t have to be a professional writer or a grammarian to join us. Story is built into every single one of us. Your story matters, because it’s part of God’s story down through history, not because you punctuated everything correctly. Deal?

For more details on the #TellHisStory linkup, click here.