Orlando, Florida — We packed the princess dresses, the tiaras and the sparkly, sequined shoes. For the next four days, we will reside here, in this world of “make-believe” fashioned by man.

But everywhere we look, we see past this facade to catch a small glimpse of what awaits us in another Kingdom. 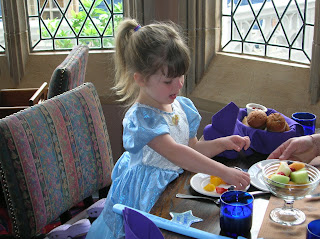 We dine at the royal table. We are clothed as royalty. Even in T-shirts, we are called princesses, not because we’ve done anything to earn it, but because the King chose us.

We are daughters and sons of the King.

We have come here before, to this world of Disney-made royalty. But this time, we brought a very special “Daughter of the King” along with us: Grandma Joyce.

It has now been six weeks since her husband, Paul, passed away.

We had hoped Grandpa Paul would be with us on this trip. My heart ached to step on the airplane without him, and then to see the empty plane seat beside his wife. The airline 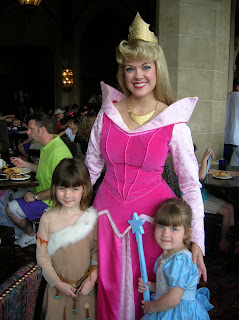 representative said that the flight was only three seats short of being sold-out. One of three empty seats was in our row, and to me, it whispered Grandpa Paul’s name all the way from Iowa to Florida.

But Anna, 4, saw it all differently. She says she’s sure that the seat wasn’t for her Grandpa. He had better things to do than fly to Orlando.

Anna told me, most assuredly, that her Grandpa isn’t missing a thing. She says he has his own version of DisneyWorld that surpasses what we’re experiencing here.

And who can argue with that?