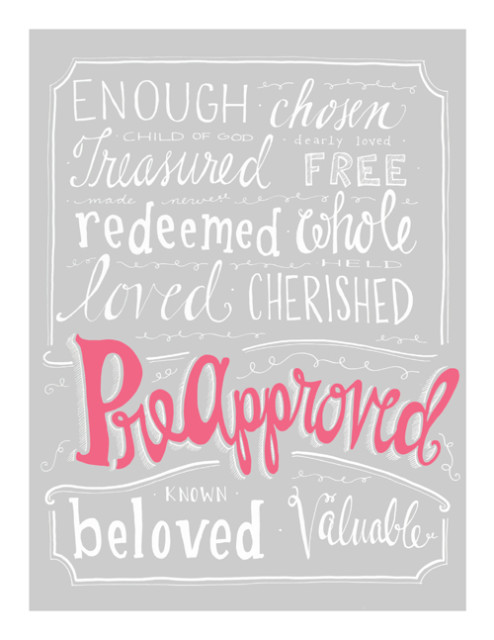 Welcome to a new series, hosted here on the blog. Every Tuesday night, one of our preapproved sisters will share her story on letting go of a love idol.

Together, we’re giving up our love idols, and we’re not taking them back.

We are already approved; we have nothing to prove. In Christ, we are #preapproved.

The Day I Saw Jesus
by Laura Brown

On my first official day of work as a religion reporter, I saw Jesus.

He was heading west on Seventh Street in downtown Little Rock, wearing his long brown cloak and sandals, dragging his cross, blessing those who would accept it. He was across the street from the Catholic cathedral. In another block he would pass First Methodist Church and the Cokesbury bookstore.

I had covered religion for a daily paper temporarily for three months, and was on my way to lunch with a friend to celebrate the job becoming permanent. And here was news.

What to do? Go on to lunch? Call the office, alert the media? Pull over and ask Jesus for an interview?

I drove on while speed-dialing my editor, got her voicemail and left a message: “I’m on my way to lunch, but I saw Jesus rolling his cross down Seventh Street. Do you want me to interview him?”

By the time I’d covered the five blocks to Vino’s Pizza, Nancy had called back laughing:

No, no, enjoy your lunch. There will be other opportunities to meet Jesus.

I’m thinking of that day ten years ago because of Chapter 2 in Love Idol, where newspaper reporter Jennifer surprises herself by asking Al Gore what his favorite Bible verse is, and Chapter 3, where she’s headed to cover the execution of Timothy McVeigh.

It’s a pivotal moment in the book because it was a pivotal morning in her life. She had a decision to make, and I read those pages as if I were watching a suspenseful movie, identifying with the character, understanding why she might go one way, but fervently hoping she’d go the other. (What happened? You’ll have to read pages 42-43 to find out.)

I know how it feels to be a journalist at a crossroads. That crossroads came for me three years into writing about religion full time. Religion is different from other beats. The reporters who cover politics or education or agriculture rarely have sources offering to pray for them at the end of an interview. They’re not likely to be asked where they go to church or whether they’re saved. They will not hear, “Thank you for your ministry.”

While their opinions on a given topic may be informed and shaped by their reporting, they’re not likely to have their beliefs rattled and tested by what they cover. But this is an occupational hazard for a religion writer.

There were several pivotal points for me, signs that it was time to leave that work. One came in a story on whether the prophetic gifts are still manifested today, and I was unsettled by having done something that’s perfectly common in reporting. I was looking for voices from two denominations prominent in Arkansas, and my usual sources were unavailable. So I picked some churches at random and started calling. It was a Friday afternoon, a nearly impossible time to find church employees at the office. But I found one of each who, bless their hearts, were willing to talk to a stranger on the phone, on the record. And they would be in the paper, speaking on a controversial subject, simply because they happened to be at their desks on a Friday afternoon.

I had spent three years being amazed by what strangers were willing to tell me — someone armed with a notebook and tape recorder, someone who would take their words and present them publicly. I don’t mean the ones who are used to talking to the media, or had something to sell or prove, or who tend to overshare. It was the private folks who amazed me. The mothers saying goodbye to sons who were leaving for a ten-year missionary venture. The man who played Jesus in a Halloween haunted house. The Nigerian priest who’d been paralyzed in a car accident. The Pentecostal preacher who said is was his work as an EMT that taught him compassion. The man who was baptized along with one of his children in a wave pool at a water park. It was holy ground to be entrusted with those people’s words.

There were other reasons I ultimately left that work, and if you and I had the opportunity to sit down together, I might eventually tell you, and ask to hear some of your stories.

And I’ve spent more words than editor-Jennifer has allotted me, and I haven’t even gotten to the I word: idol.

I do have love idols. I know what some of them are. I hate that I keep returning to some of them, knowing they are hollow tin. I think some of our idols are identities, and I have made progress in giving up some of them, and I’m still working on others. That work is mostly private, between me and God, and good friends who have become part of the body of Christ to me, some of them at the congregation where I worship now — a building the downtown Jesus would have come to if he’d kept heading west on Seventh.

And I know now what choice I hope I’d make if I saw him again, that man who risks ridicule to dress like our Sunday school notion of Jesus. I’d stop, and ask him if he’d like to go to lunch. No notebook. No recorder. Just two strangers listening to each other, offering our stories. 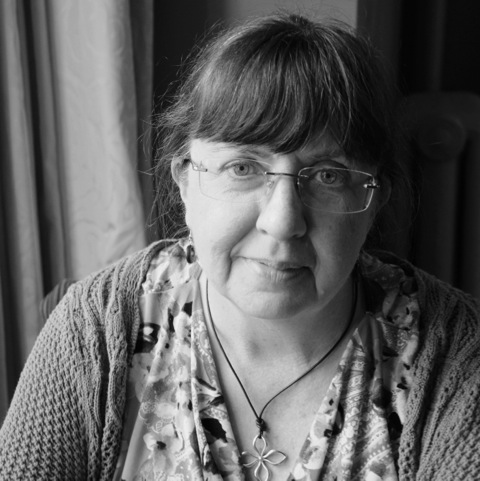 By day, Laura Lynn Brown vanquishes dangling modifiers and makes the rough places smooth as a copy editor for a daily newspaper. When not working or writing, she enjoys playing Irish traditional music, baking bread, paddling her kayak in calm waters, and committing random acts of singing. She is the author of Everything That Makes You Mom: A Bouquet of Memories and blogs at lauralynnbrown.com. 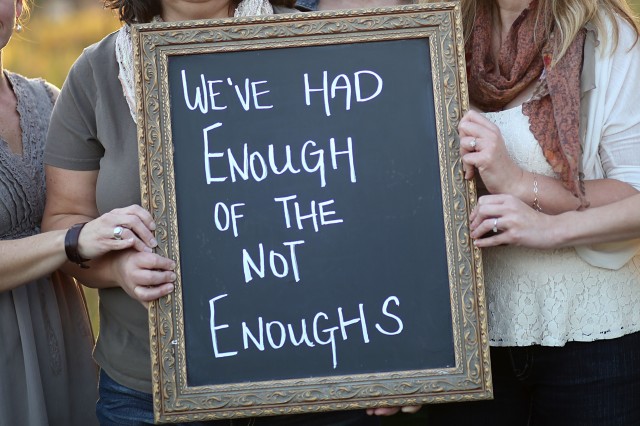 Click here to find out more about the Love Idol movement.

Click here to purchase the book that inspired the movement.

Click here to join us on Facebook as we lay down our Love Idols and declare our #preapproved status in Christ. 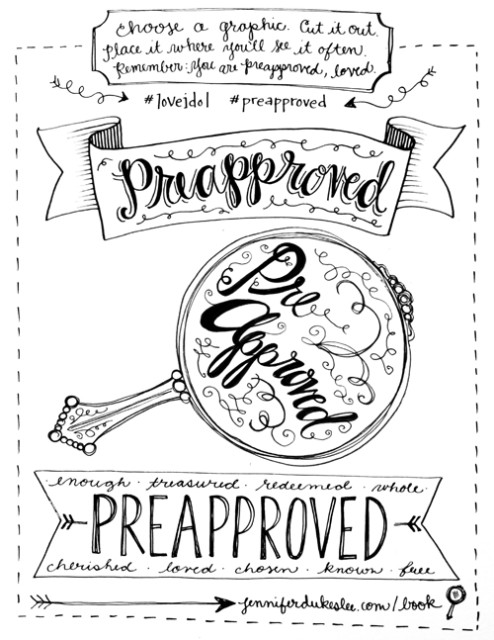 Click here to print the preapproved cutouts. Place these where ever your Love Idols have lurked!

A Preapproved printable: to frame, to put on your refrigerator, to give to a friend. Click here to print. My gift to you!