Out of the Darkness

I slipped through a passage, tucked between rock and pine, into an underworld of beauty.

This cave had been here all along.

Before I was born,
Before explorers blazed this frontier,
Millions of years, even, before Christ walked this Earth as a man.

Water and rock have been working on this underground masterpiece for 300 million years. That’s how long this cave has existed. But whose pleasure did it serve but God alone?

This cave was God’s secret. He let mankind in on the secret in 1929, and since then, thousands of people have walked through this dimly-lit underground nature gallery.

Last weekend, our family went to see it, too. On a vacation to the Black Hills of South Dakota, we stepped into a God-Gallery of stalactites and stalagmites, crystals and helictites.

We share this planet with beauty before our eyes, and beneath our feet, tucked in underground places and darkest caverns. 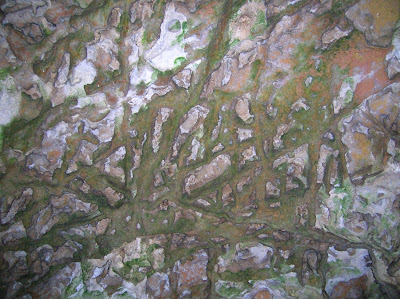 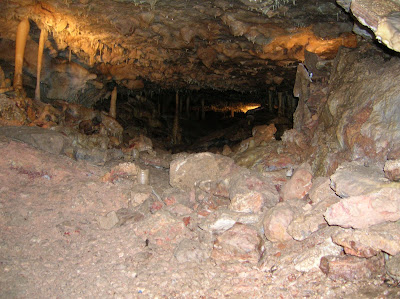 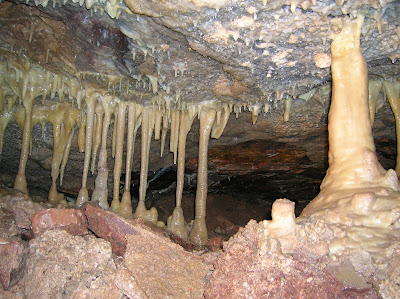 Our tour guide — a geologist — led us down 127 steps into a slippery maze of rocky rooms and caverns. She told us how each part took thousands — sometimes millions — of years to grow.

She spoke in the sort of “code” that quickens the heart of a believer, without sending the others running for the door. If you had heard her that day, you’d have known it, too.

Because this geologist didn’t just know rocks. She knew THE Rock. And here’s what she said:

“This was all born in darkness. Every bit of it,” she said. “It’s always been beautiful, but we could only see its beauty until it reflected the light.”

(As it turns out, she knew exactly what she was saying. Our geologist knows the Creator; I asked her after the tour.)

My heart raced in that cave. For I saw the darkest recesses of my own soul — born in darkness then exposed to light.

I, too, was formed in the depths of the Earth, before even time began. When no one else saw me, He did.

I’m part of the God Gallery, imperfect as I am.

And I invite Him in, once again, to light up the recesses of my soul. To shine light on the dark places of my heart.

Oh, God … You are the Light of the World. You have called me out of the darkness and into the Light. Let me reflect more of you. I want to shine for you. Amen.

“For you were once darkness,
but now you are light in the Lord.
Live as children of light …”
— Ephesians 5:8

Photos: Series of photos from our family vacation, including (first photo) unusual “boxwork” on cave ceiling. Look at the beauty He reveals in the hidden places! Oh, glory …