Not For Just a Year, But Always 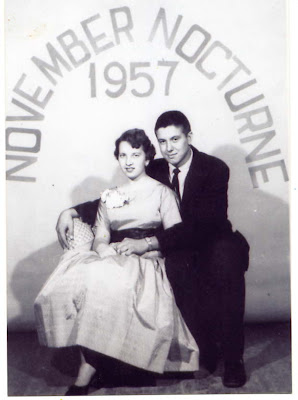 They’ve loved each other for half a century. They were high school sweethearts, farmkids from southern Iowa. They were barely adults when they said “I do.” They had their first child a year later, and by 1974, had their fourth and final baby.

So here we were — four Dukes children, all grown up with kids of our own — figuring out how to honor the two who gave us life and a model for loving.

We found a way on a July evening in Colorado, as the sun descended over the mountainside. We waited until the second-to-the-last night of our family vacation to give them a surprise: a wedding to celebrate 50-year-old Love and a communion of souls.

We packed old bridesmaid gowns and flower-girl dresses in suitcases. We ordered a wedding cake in basket-weave frosting, just like they had at their first wedding. We set out old photos and candles and chilled champagne.

We were old bridesmaids, snickering and squeezing into old dresses. Our little girls — with mussed hair and red-Gatorade mustaches — zipped up fancy dresses and whispered in the bedroom until the bride arrived.

We lined up, facing the door, and then held our breath as the door cracked open.

Hand cupped to her mouth, the bride gasped, surprised by a line of daughters and granddaughters who had played dress-up for her.

We had something for her to wear, too, and could she please come in? 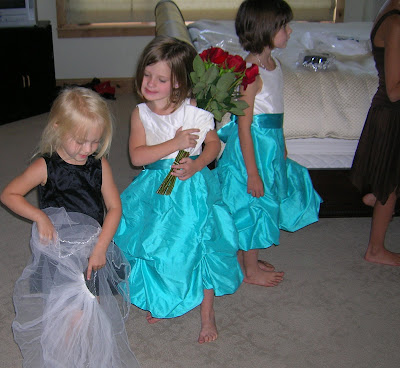 Granddaughters presented their Mema with a dozen scarlet roses. Daughters set a crown and veil upon her head. 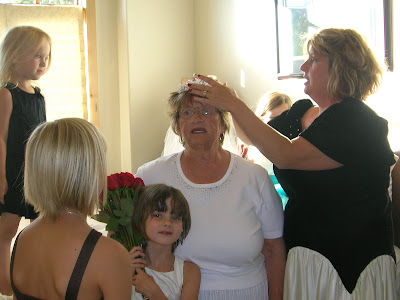 We’d found the songs from their 1959 ceremony — Always, Wedding Prayer, and At Dawning — and as we finished dressing the bride, her music began to play outside the door.

We shuffled out in a procession to lead the bride, but the bride did not come.

“Mom!” I called. “It’s time.” I went back up the aisle, and into the room, to find Joy-Tears filling the eyes of a woman who first taught me love.

“It’s time,” I whispered again, letting my own tears fall, too.

She stepped out the door,
and walked down the aisle,
and she remembered her father walking her down the aisle the first time,
and she felt like he was there this time, too.

And outside, around the corner, a groom waited — a groom who was once again a 21-year-old man at the altar wondering what his bride would look like and what it would feel like to slip a ring on that finger and say “I do,” for better and for worse.

We waited, too, wearing joy and smiles, socked feet and bare toes, here on holy ground. 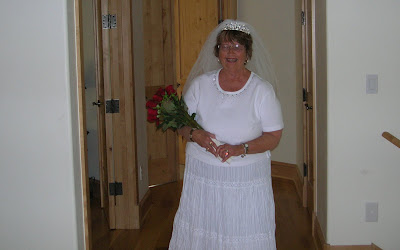 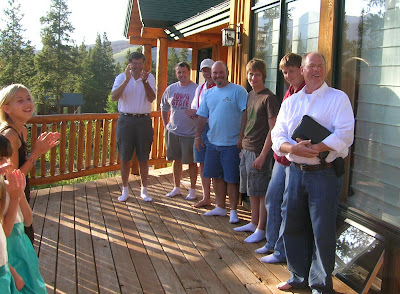 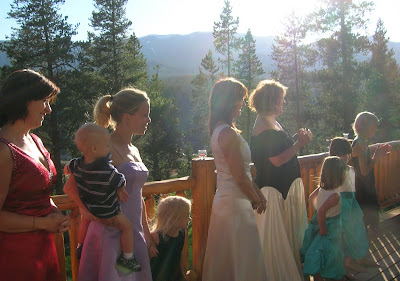 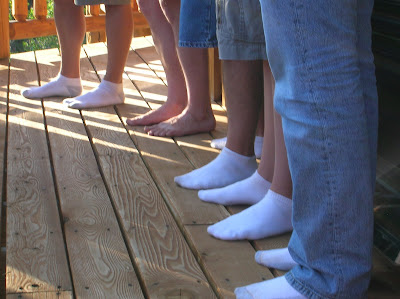 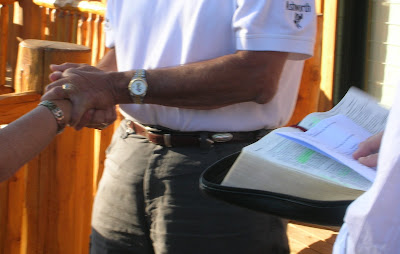 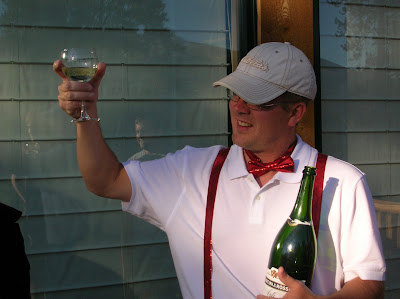 And they said “I do” all over again, this handsome groom and his radiant bride. 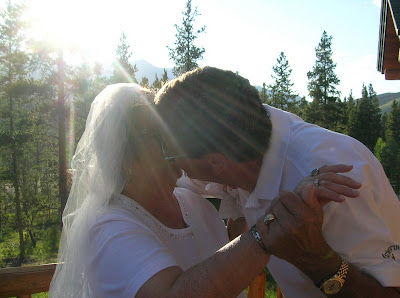