Jay: “Be Not Afraid”

Jay got the first diagnosis two and a half years ago: Melanoma.

He had ignored a mole on his chest for far too long, but the doctors got it all — or so they thought.

Last June, Jay — a husband and father of two — had a seizure while driving his car. He woke up in a ravine off of a busy Des Moines, Iowa, street about an hour later.

Next came a visit to a neurologist, a CT scan, medical tests. The frightening diagnosis came two days later. Jay was standing in the meat department at the grocery store, by the steaks and pork chops and hamburger patties, when the call came: “Jay, you’ve got six tumors.”

There, on Facebook, he shares one of his favorite quotes: “Life isn’t about waiting for the storms of life to pass. It’s about learning to dance in the rain.”

There, on Facebook, he shares his humor in the midst of crisis. He writes: “Jay learned the hard way that chemo and Thai food don’t mix. Ugh!”

There, on Facebook, he shares his disappointment. “Jay is back from the oncologist. A surprise round of chemo later this week,” he writes.

Jay paints with brushstrokes of honesty …

Jay’s a blogger, too, and last week, he posted a great piece on “What I’ve Learned About Cancer; What I Still Don’t Know.“

This post is for anyone who has ever been touched by cancer. Which is pretty much all of us.

Anyhow, I encourage you to go on over and give it a read. It’s an honest look at the realizations he’s had as a cancer survivor. And through it all, he offers a reminder of God’s assurance: Be Not Afraid.

If you’d like to leave a comment, leave it over there for Jay. He’s a great guy, a friend, a “brother” in the eternal sense. And on his behalf, I’m asking if you would pray for him. 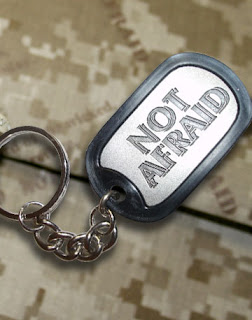