I’ve Got Friends in Old Places 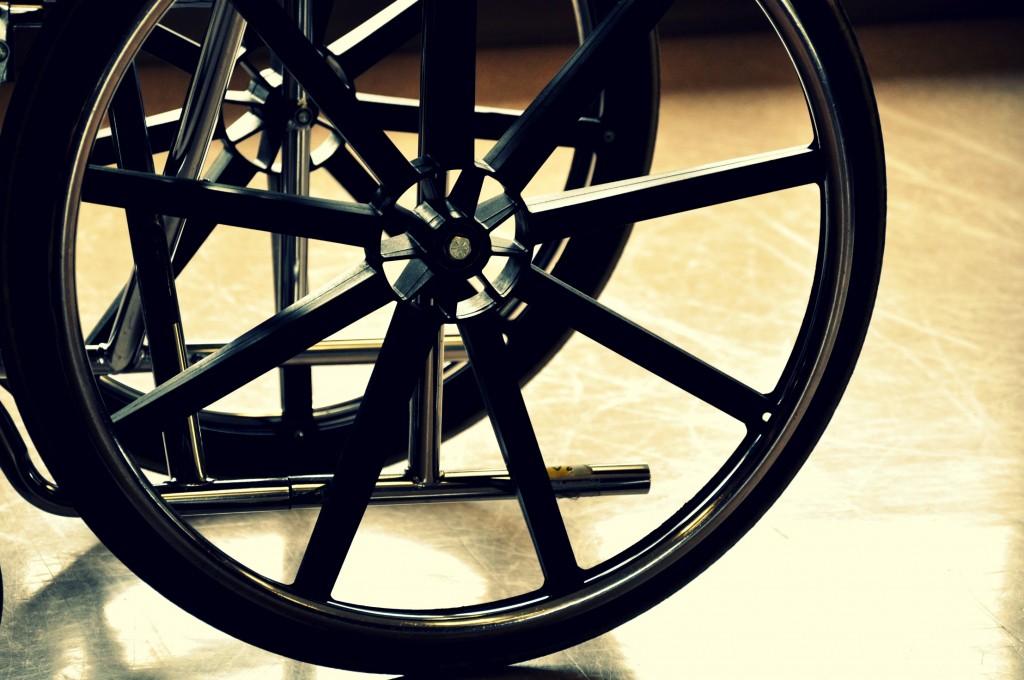 My youngest daughter raced across the polished linoleum of the nursing home’s dining room to get me. We had come to serve dessert to the residents, but this sounded urgent.

“Mommy!” Anna tugged my shirt sleeve. She cupped hands around her mouth to whisper in my ear: “Katherine told me that she wants cake, but her teeth fell out. Can you help me put them back in?”

She pointed to a woman in a wheelchair whose age-spotted arms were crossed over her chest.

Sure enough, Katherine was all gums. She turned our way and smiled a gaping pink smile. A set of false teeth lay on the table.

“Ah, yes… Well, those aren’t her real teeth, Anna. Those are dentures. Sometimes when people get older, they get a new set of teeth that they can take out whenever they want.”

Relieved, Anna took two pieces of angel food cake. She pulled a chair next to Katherine. Side by side, they chewed (and gummed) their mid-afternoon snack.

This is the sort of thing Anna has come to expect when we step through the glass doors of a nursing home. In this place, we breathe in the smell of age and medicine and antiseptic. But it doesn’t scare her anymore.

As a child, my own mother would take me to nursing homes, too. She’d load up the front seat of our maroon Mercury with songbooks, and we’d visit the aging. These people had served as our town’s schoolteachers and 4-H leaders and church choir directors. Before they ended up in nursing homes, they bought our Girl Scout cookies and dropped coins into our UNICEF boxes.

When they eventually died, Mom would walk us down the block to the old Sliefert funeral chapel, where they were laid out in velvet-lined boxes. I peered over the edge of their caskets, and when I thought no one was looking, I would reach a hand in to feel the waxy coldness of death.

That might sound morbid, but it was an important step in my discovery of life and death and faith in God. I saw up close what it meant to be a part of a life cycle spanning the ages.

Today, if we wanted to, we could avoid the pain of aging and death until it was heaved forcefully upon us. We could segregate ourselves by finding neighborhoods and churches that cater only to people our own age. We could even send our children out of the sanctuary so they could attend “kids’ church” with children their own age. And when we turn 65, we could live in communities with people just like us.

But perhaps we would also be shielding ourselves from the mutual benefit of knowing how we fit into a cycle that rings time and space.

As for our family, we want our children to grow up alongside people with wrinkles and gray hair and walkers and false teeth. We attend a church with squirmy babies seated next to wobbly-voiced great-grandmothers.

And when we can, we stop by for short visits at the local nursing home.

After we finished our angel food cake that day, Anna and I walked down the hallway to look for familiar faces.

In the entryway of the TV room sat Ray. His eyes were open, but his chin rested on his chest. Folks said he didn’t seem to respond much in conversation anymore. We tried anyhow.

“Hi, Junger,” I said, calling Ray by his nickname. “We came by to say hello.”
No response.

“We were serving angel food cake today. We have an extra piece if you’d like one.”

“And Junger?” I tried once more. “I’d like to introduce you to Anna. She’s the great-granddaughter of your old friend Milo Lee. You and Milo sure had a lot of good times fishing and talking about farming, didn’t you?”

And that’s what it took. Junger raised his chin, and those soft eyes focused on a child. He found familiarity in a little girl. It was fuzzy on the edges, but I’m certain he could fit the pieces together.

Anna could sense it, too.

She reached out and touched his veined, gnarled hands. And for three minutes, old Junger didn’t take his eyes off little Anna Lee.

And then, it was time to go.

We waved our goodbyes, and left.

A few days later, a friend called to give me the news: At age 96, good ol’ Junger – a farmer, cribbage player and fisherman from Iowa – had passed away.

A repost from the archives.