The hospice nurse’s shift was nearly over, and she wanted to say goodbye. She leaned over my father-in-law’s bed, in his last hours, while his eyes were closed and his heart was slowing.

They say the hearing is the last thing to go, so I believe he heard her what she spoke into his ear: “If I don’t see you tomorrow, Paul, I just want you to know how much I appreciate your service to our country. Thank you, Paul, for all you’ve done.”

The nurse gave my father-in-law the gift of spoken words — the sort of thank-you that I never spoke aloud in his ear. She gave him heartfelt, audible thanks for his service.

Today is Memorial Day, when we honor the sacrifice of the soldier. Forty years after Paul served in Vietnam, my father-in-law was a casualty of war. He was exposed to Agent Orange, which led to lymphoma, and later leukemia. He died Jan. 21, 2009.

Even though I didn’t tell him in person, I know my father-in-law knew how much I appreciated what he’d done. (But I still wish I’d told him so out loud …)

I am reprinting a post today that I wrote on Veteran’s Day 2008, and Memorial Day 2009. It was my way of saying thank you in a way that I have always felt more comfortable: with the written word. I know that Paul read this one, just a couple months before he died. And I am grateful for that. 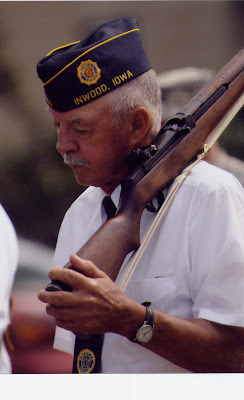 November, 11, 2008 — He’s a man of honor and quiet strength. He doesn’t talk much about his years in Vietnam. God got him through, he tells us, and that alone is really all we need to know.

He’s a fighter, this man, my favorite veteran.

Like most veterans I know, he has never lost the desire to serve his country. He’s not fighting wars anymore, but he’s still looking for ways to serve, to make a contribution. To provide leadership, set a good example, and show what it means to work hard, serve country, and honor God.

Yet, beneath the tough exterior of an old soldier, he’s a soft-hearted Grandpa who my girls call “Bop.” You should see how this old soldier plays with those little girls. The rough hands of a farmer and a fighter reach out wide to hug his grandchildren, to grasp a crayon, to play dolls or hold teacups.

Oh, how he loves them. And oh, how we love him back.

On the farm CB radio, just now, as I write this tribute to my favorite veteran, his wife’s voice crackles over the speaker. She wants us to know they’re about ready to take the roads to the hospital. Her husband is fighting another battle these days — leukemia — and he has a scheduled chemo treatment today.

On this day, Paul, as you fight this battle, we honor you and all of the nation’s military veterans — men and women of exceptional courage and strength. God bless you for how you’ve fought old wars … and for the way you teach us new lessons in the battles you face now.

We are the home of the free … because of brave souls like you.

May this Memorial Day be more than “another day off” for all of us. May it be a time to remember, and to offer audible thanks. (And Bop! We wore poppies for you today!) 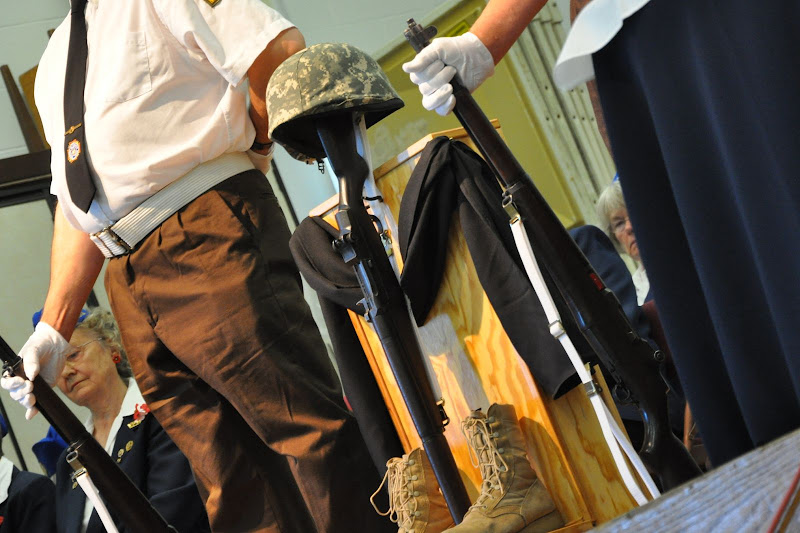