If God is real … then what?

I was twelve, and I would ride my Schwinn bike along the dividing line. It was that paved road east of town, the road that separated the Catholic cemetery from the one where the rest of the bodies were buried.

And then, I could pedal on down to the Bailey farm, gravel crackling under our tires. July sun beat through the thin fabric of my halter top. I’d put my skinned knees under Holly Bailey’s table. We drank chocolate milk, across the table from her dad Charlie, who had come in from chores with manure-caked boots.  He chewed roast beef slowly, and told us that none of his girls would marry a Catholic if he had anything to say about it. And Mr. Bailey felt like it was safe to tell me, because I was a Methodist.

Mr. Bailey always prayed before meals. And when he ate, he kept one elbow on the table, with a slice of bread in his soiled hand.

The dividing lines were everywhere in my town. They looked like fences and altars and baptismal fonts. The lines smelled like grape juice, or Mogen David, depending on your theological bent. And it wasn’t just Us vs. Catholics. Some dunked; others sprinkled. Lines ran straight through the sacristry of the Lutheran church, where the pastor wore a robe. The line snaked through the door of the Pentecostal church, where the people talked funny. (Some folks said they made up that crazy language.)

I didn’t know what that all meant when I was twelve, but the murmuring at dinner tables never felt right to me. It made me itchy under my halter top. I could never figure out who was right or wrong, and it seemed like they couldn’t agree on much of anything — not even the contents of that fat, gilded Book opened heavenward on their altars.

STARS IN MY EYES

I walked out on Jesus about the time I walked onto a college campus, and when I came back, I couldn’t see divisions at first. I had so many stars in my eyes about Jesus.

But the differences didn’t really go away. They just lived behind new-fangled fences, and it wasn’t long before I could see them again. I could hear about the differences under steeples on Sunday morning — sometimes subtle, sometimes not. And I can read about them at 2:30 p.m. in my Twitter feed. Who knew that you could turn 140 characters into a dagger?

I don’t see people fighting much over things like over KJV versus NIV anymore. I’m sure they do, but there are nosier fights these days.

But did you know that people are getting unfriended on Facebook — by other Christians — because of their views on women’s roles in the church and in the home? And because of how they voted? And because _______ (you fill in your own blank here).

Yeah. You knew it. Stings, doesn’t it?

And maybe you’ve traced your finger along the history of the Church and seen how our differences have morphed with generations. How we’re holding tightly to the Word like it’s a weapon, instead of a signpost toward our greatest Hope.

Maybe we’re all holding up bread in soiled hands. Forgive us, Lord.

And maybe we’re itchy under our shirts. Maybe we’ve been restless for something more … like Jesus. 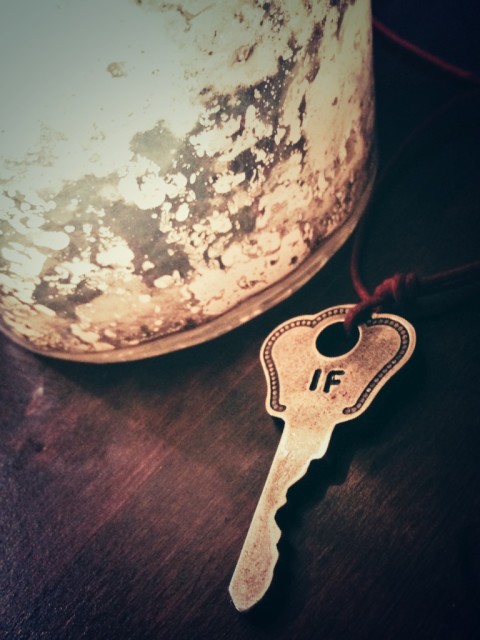 THEY’LL KNOW WE ARE CHRISTIANS BY OUR …

I went to the IF: Gathering in Austin, Texas, over the weekend. I went hungry for more Jesus. A whole room full of us went hungry for bread — and we didn’t care which hand held it. We didn’t care if they served grape juice or wine, or who read the Message or the KJV. We wanted to be a part of bowing at the feet of Jesus together, instead of divided and apart.

In the lobby, between sessions, a woman thanked me for being an encourager in the Kingdom. She remarked about my kindness toward people “on both sides of the aisle,” even if I didn’t agree with someone theologically. And at first, her affirmation made me feel warm on the inside. How nice, I thought to myself, to be called out for kindness. But then it made me really sad, because it meant that my bent toward encouragement was unusual enough to merit a mention in a conference lobby.

I thought later of that song, the one about how people would know we are Christians.

Will they know us by our foot stomping? Our demands to be heard? Our right to be right? Our vitriol? Our word-grenades in the Internet ghetto? 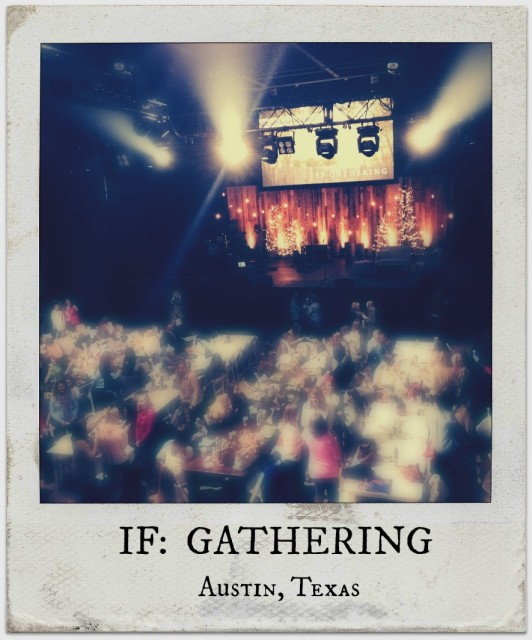 BUILD THE KINGDOM? OR TEAR DOWN THE WORKERS?

One of my favorite moments happened Saturday morning when Christian authors Jennie Allen and Sarah Bessey stood on stage, shoulder-to-shoulder. These two women come from different theological zip-codes, but they agree on the most important things — the non-negotiable things like a cross and a tomb.

And as they stood up there, with their faces lifted toward thousands of women watching in the room and on screens around the world, I thought about how much more effective we could be in building the Kingdom, if we didn’t spend so much time tearing down the workers.

Look, we aren’t called to bow at the altar of Paul or Apollos, Luther or Wesley, John Piper or Richard Rohr, Beth Moore or Rachel Held Evans. We bow at the feet of Jesus.

That morning, Sarah told us, “I still have stars in my eyes about Jesus.”

After Sarah spoke, I had lunch with a Baptist, an atheist-turned-Catholic, and a mama who is preaching gospel every day from between the laundry baskets and cereal boxes.

The four of us held hands, and I felt stars in my eyes again, when our Catholic friend at the table prayed a blessing over our meal: “Bless us Oh Lord, and these thy gifts, which we are about to receive, from thy bounty, through Christ, Our Lord. Amen.”

And we lifted the bread in our hands.

Dear Jesus, put the stars back in our eyes — not so we are blind to our differences, but so that we have the light to see past them. Help us keep the main thing, the main thing. Amen.

If God is real,
then I want to see by starlight.

“The more humbly we serve, the more we love, the greater we are.” ~ Jen Hatmaker

“Let’s not copy, compete or compare. Let’s cheer each other on.” ~ Rebekah Lyons

“Our God has not changed. He is as able as He ever was.” ~ Jennie Allen 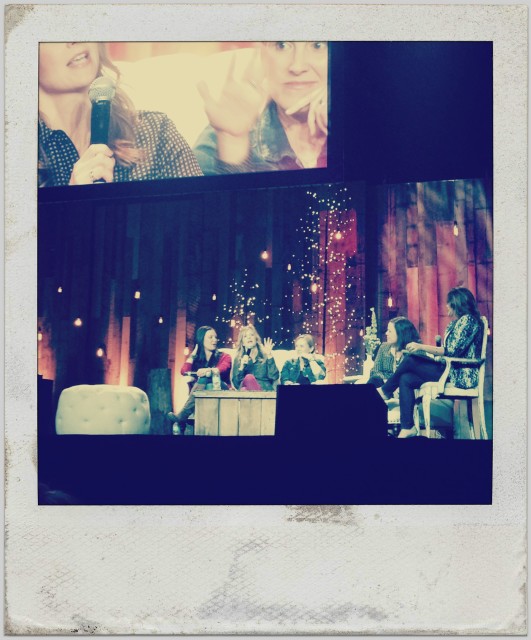 “You can come out of Egypt, but still have Egypt in you. … Why settle for deliverance when you can have freedom?” Christine Caine

“God saved you because
He loves you. God doesn’t want to just ‘use’ you. He wants to be with WITH
you. … We are invited to the ‘God-with-us’ life.” ~ Sarah Bessey

“Love is our identity, our calling card, our home.” ~ Sarah Bessey

“Eleven o’clock on Sunday morning is still the most segregated hour in America.” ~ Deidra Riggs, referring to Martin Luther King Jr.’s words in 1963