I *Heart* My Favorite Pig Farmer 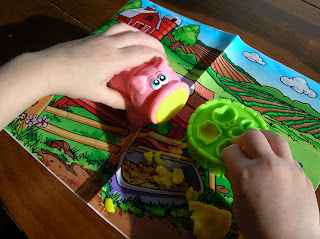 You’ve heard of Hog Heaven? I live there.

My home is Iowa — a state where pigs outnumber people by a huge margin. Iowa is the number-one pork-producing state in the U.S., and the top state for pork exports.

Last night, I ate ham for dinner. Afterward, I climbed in bed next to a pig farmer. (Just to clarify, that farmer is my husband.)

But for the last week, the message that spread worldwide was this: pigs and people don’t mix.

All because of these two words: Swine Flu.

The virus has made some people terribly sick. Many have died.

Like most people, we have stepped up our hand-washing regimen. We pay attention to news reports and take necessary precautions. (I winced this week when Lydia came home with a cough.)

All because of two words: Swine Flu.

A name is a powerful thing. Words can move us to action — and sometimes, to overreaction.

But here’s the truth: the virus is not caused by eating bacon, or pork ribs, or ham. And the virus has yet to be linked to a pig, according to the U.S. Department of Agriculture.

Officials now acknowledge that “swine flu” is a misnomer. Many government health agencies this week began referring to the virus by its official name: H1N1. But when you look at the pork market, it’s clear that some damage has already been done.

U.S. Ag Secretary Tom Vilsack told reporters this week: “It’s H1N1 virus. That’s very, very important. And it is significant, because there are a lot of hardworking families whose livelihood depends on us conveying this message of safety.”

This week, we watched the pork market plummet in response to the spreading virus. We’re not fretting. That, too, would be an overreaction. We’ve got crops to plant, animals to care for, kids to bathe and feed and love.

Early this morning, my favorite pig farmer walked out the door to tend to the livestock. As a new day began on an Iowa farm, my husband got dirty with pigs, brushed up next to pigs and loaded pigs onto trucks headed for market. 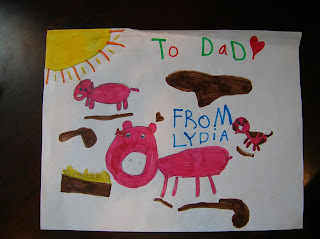 This is what we do: we make food on the farm. We plant corn. We raise pigs. We turn soybeans into edible soynuts, which is our own brand of value-added agriculture right here on the Lee Farm.

And tonight, we will gather around the table, thanking God for His provision, and also asking them to care for those who are sick.

Then later, I will slip under the covers next to my husband — thankful for what he does, but even more so, for who he is.