I Got a Golden Ticket!

So the first thing you need to know is this: I’m used to asking for things that I’m pretty sure I’ll never get.

Things like asking to interview — oh, say — one of the biggest names in the Christian music industry.

“Dear Ms. Giglio,” the email began. “I am writing to request an interview with Chris Tomlin in advance of his ‘If Our God Is For Us’ stop in Sioux Falls, S.D.”

Yes, that Chris Tomlin. The one who has been named Male Vocalist of the year three times at the Dove Awards. The guy who wrote songs like “How Great is Our God” and “Jesus Messiah.”

I hit send, and vowed to never to admit to anyone that I actually did something this ridiculous.

And then I waited.

I knew a response was unlikely. I was correct.

Mr. Tomlin was, after all, kicking off a nationwide tour. On Wednesday, he was nominated for six Dove Awards. He had interviews with reporters in places like Minneapolis-St. Paul on the same day an Iowa farm wife with a little blog sent in her absurd request.

But this is the crazy way I’ve landed all sorts of interviews with people like Shimon Peres, George Bush and Al Gore and a guy named Denny who once attempted to eat a 205-ounce steak at a central Iowa restaurant.

Of course, back in those days, I actually had press credentials and a paying job at a metro newspaper. So people generally returned my phone calls.

This story does not end with me landing an interview with Chris Tomlin.

But this story isn’t over:

Four of us — Joni, Renae, Michelle and I — attended Mr. Tomlin’s concert in Sioux Falls, S.D. last night. We showed up early, because a local Christian radio station offered a candy bar to the first 1,000 people at the door. Golden tickets lay hidden inside five of those candy-bar wrappers. Bearers of the five tickets would get a chance to meet speaker Louie Giglio and Chris Tomlin.

The four of us convened a meeting outside the doors. We plotted our most efficient strategy. Each of us went in through a different door, as if this would increase our odds. We would met on the other side to unwrap the candy together. On the count of three … 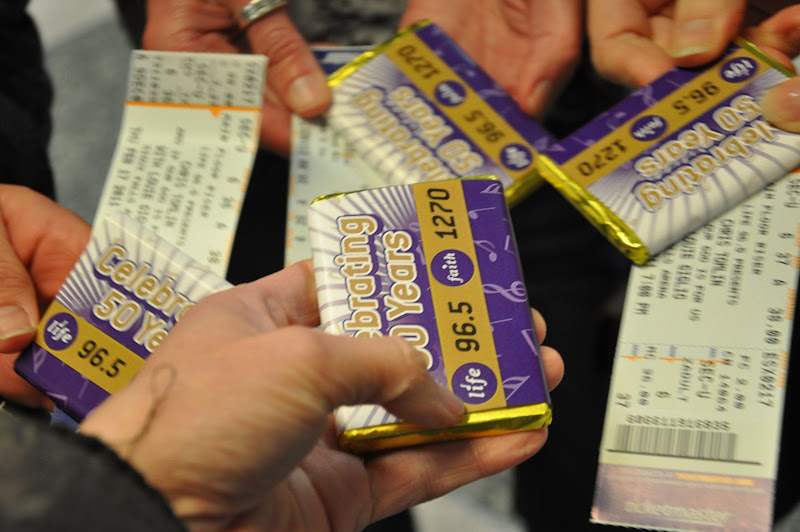 Our hopes were dashed. No golden ticket. We felt like Charlie Bucket after news broke that a Paraguayan millionaire had won the last golden ticket to see Willy Wonka.

But Charlie’s story didn’t end there. And neither did ours:

We took our seats in section U, behind a guy with a bad cold and a “Got Jesus?” sweatshirt. We were giggling and snapping pictures and acting like a herd of hyenas let loose from the zoo. 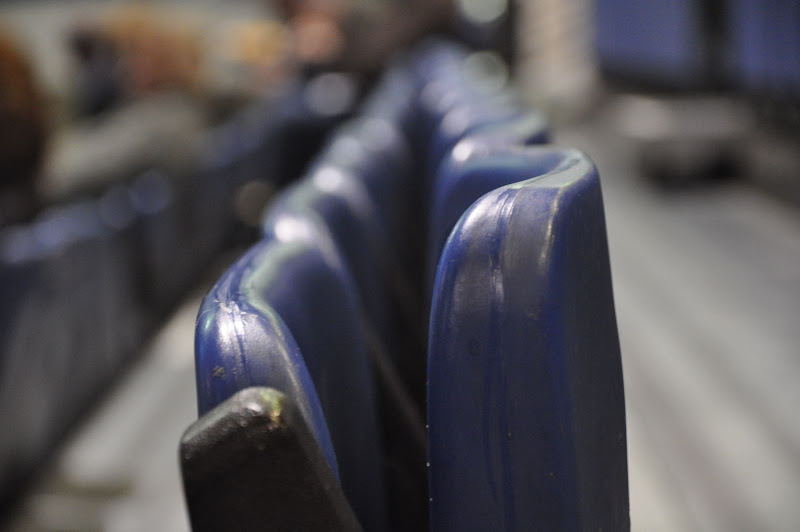 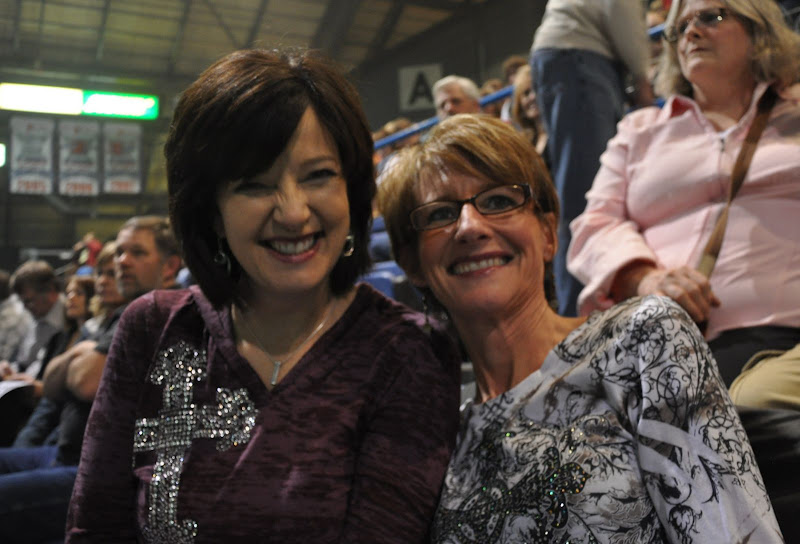 The guy in front of us turned around, smiled politely and said this: “You guys look like you’d enjoy this more than I would.” And then, he handed us a coveted Golden Ticket. 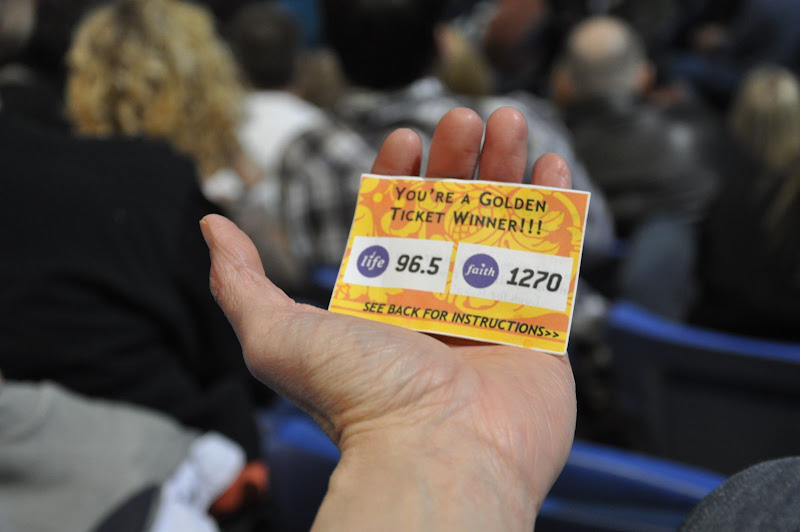 I looked over my shoulder for Slugworth.

And then, the concert began, and we worshipped, and it was heavenly, and we joined all of creation in praise. And, really, it felt like the whole room had sampled Fizzy Lifting Drinks. 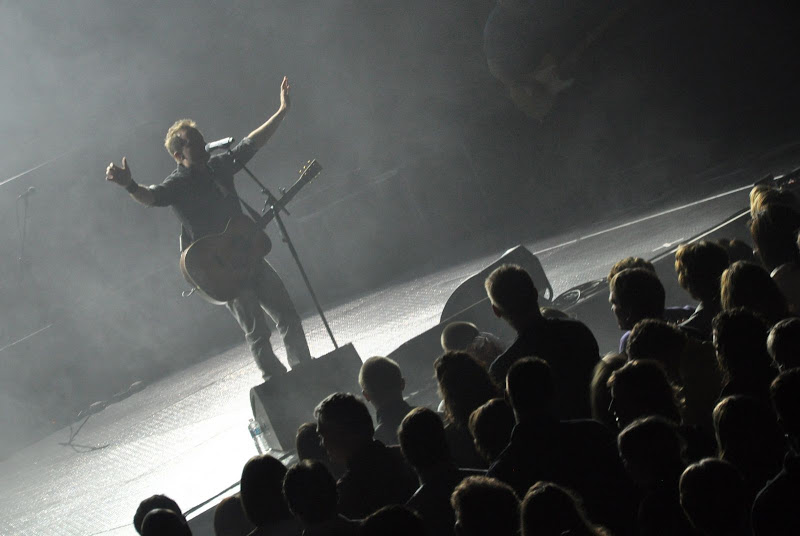 After the concert, we were ushered into the Wonkavator — er, back stage — where we met Chris Tomlin and Louie Giglio. And they were gracious and sincere. Louie asked how we four knew each other. And Renae answered on our behalf: “Through Jesus. And that’s the honest truth.”

We took photos. Chris — we’re on a first-name basis now — signed our CDs and T-shirts with a Sharpie. 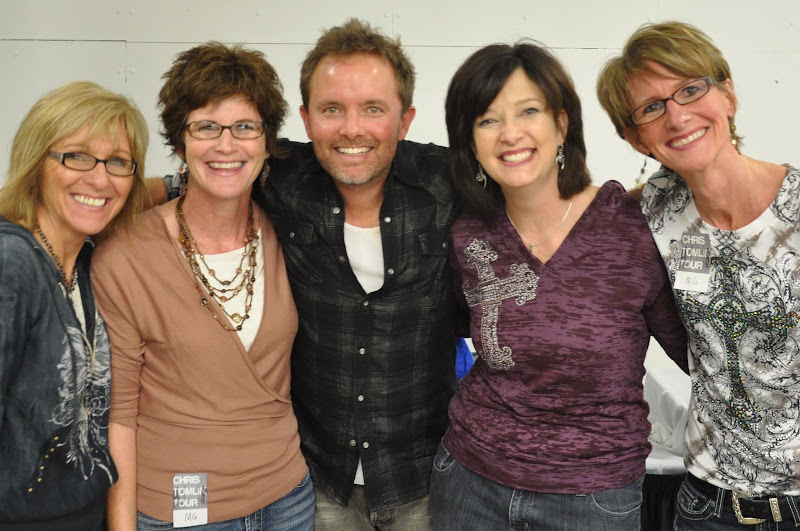 I didn’t get to interview him.

I had a hundred questions for him about how he sees God and how he enters into worship and how he views every celestial sound as a piece of symphonic praise. I didn’t get to tell him about what the song Exalted (Yahweh) means to me. I didn’t say anything profound or wise (no surprise there). But we did get to thank him for his Christ-focused ministry of music. 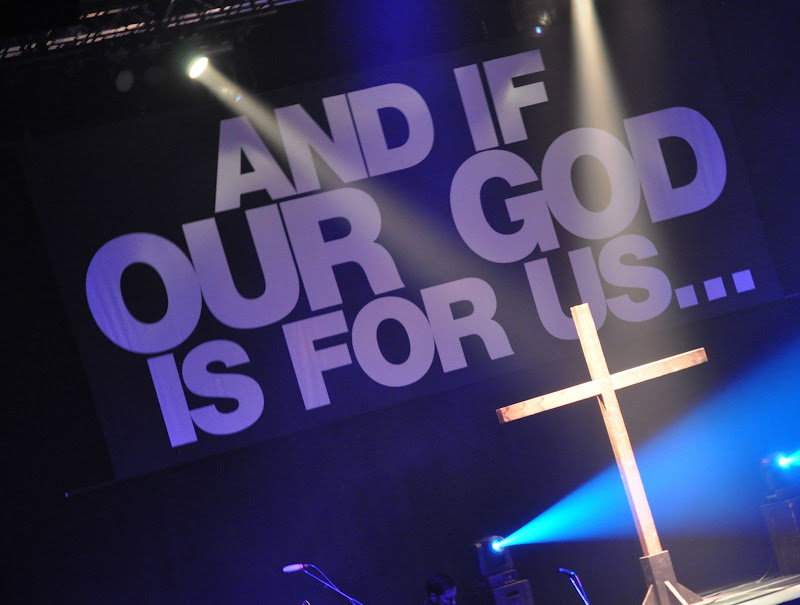