How to Stand Out in a Crowd

I don’t watch much college football, and I know next to nothing about the Florida Gators.

But I do know something about honor and joy and grasping hold of beautiful moments. I witnessed all of that last week in the actions of Darrin Kitchens, one of the Gators players. I’d never heard of  Kitchens before last week, but I read about him in the papers. I read about his bold move when the Sugar Bowl ended, after the clock had run out.

Tradition has it that the Florida Gators players  join the band and fans in singing the alma mater after every victory. But this time, there would be no Gators victory. The Gators lost the biggest game of the season, to the surprise of almost everyone who keeps tabs on such things.

There were no balloons or fireworks or confetti or uncorked champagne for the Florida Gators — only the embarrassment of an upset, in front of a nationally televised audience.  Every one of the Gators dropped their chins to their chests and shuffled their shoulder-padded selves off the field.

Everyone except Darrin Kitchens.

When the marching band’s familiar notes began to float across the stadium, and the fans rose up to sing, Darrin left the crowd of sullen-faced players headed toward the locker room.

He went his own way, heading straight for the band.

He clutched his helmet between his fingers, then lifted his helmet to the sky. All those notes wrapped around him, and he was part of the song. It didn’t matter whether his team had won or lost. In fact, it didn’t even matter that he was sidelined the whole game. 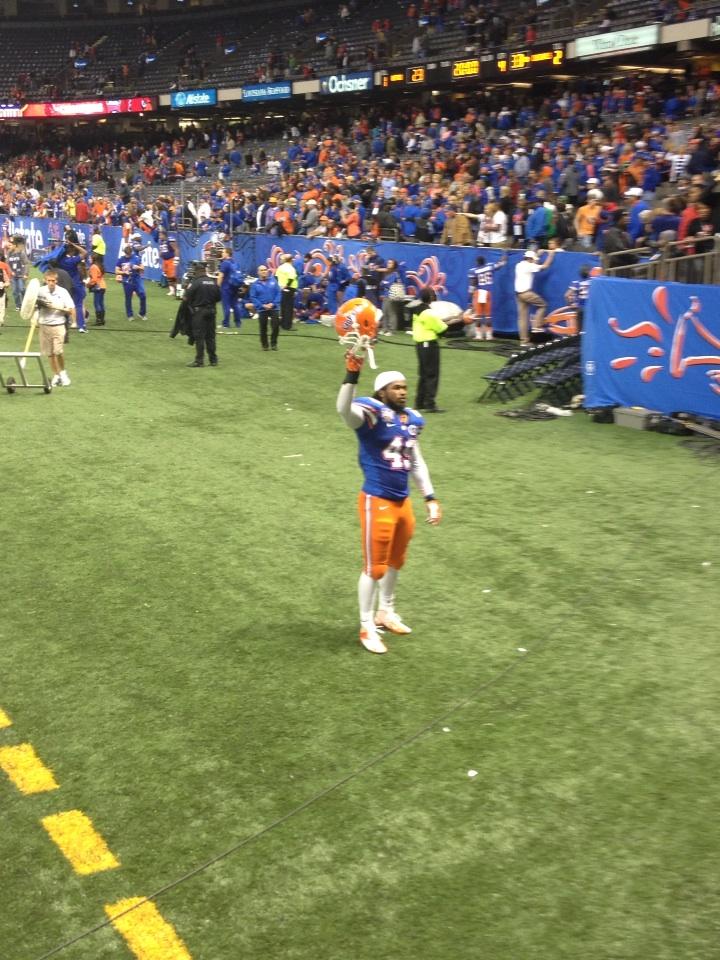 Kitchens didn’t play a single second of the Sugar Bowl. He was not a star. He didn’t stand in the glaring spotlight of fame, or have his face splashed across the JumboTron. He didn’t earn a single line on the stat sheet.

But this? This one moment to sing a song? This one opportunity to lift up a hand, and to revel in the magic, and to wring one last bit of beauty of a slice of his time on Planet Earth?

He didn’t want to miss it.

And now, days later, he’s known for standing out in a crowd — not for his accomplishments but for a simple act of honor, pausing for something bigger than himself.

This wasn’t about fame.

He showed us what it means to live victoriously, even when the scoreboard tells you you’re a loser.