How To Keep the Best Resolution

I’ve never been a good keeper of resolutions, though I fall for making a list of them almost every year. Since I was a child, I’ve resolved toward thinner, prettier, fitter. I’ve wanted to be more balanced, more organized, more fun, more well-read.

But statistics show that by Valentine’s Day, we break our January 1 promises. And we’re left feeling guilty and dismayed by our lack of commitment.

But what if we made the Great Trade this year? What if we traded all those good intentions for one singular purpose?

Maybe this is what Paul meant 2,000 years ago, when he adopted a singular fixed and deliberate purpose.

“I resolve to know nothing … but Jesus Christ and him crucified.”
— 1 Corinthians 2:2

I want to lay down every one of my overburdened, overwrought, overblown self-promises at the feet of the Overcomer.

I want to to know Jesus. I want to make known Christ and His cross.

This I know: I don’t need to “try harder” to make it happen. I don’t need to beg Jesus to come of out hiding so I can know Him more. He is already here. And I don’t need to hand out tracts on a street-corner to make Him known. This is not a matter of being louder, but of walking quieter.  It is, I think, a simpler way. It is to live and love the Lord in all things.

It is to make the Messiah the grand focus of all of our work and knowledge — even the things that appear secular and mundane. It is to see Him at work in the painter’s canvas, at the kitchen sink, inside the cubicle, among the pines. It is to enjoy Him and to honor Him. It is to know His cross, and it is to resolve to fix one’s eyes upon a Savior who already completed the hardest work. 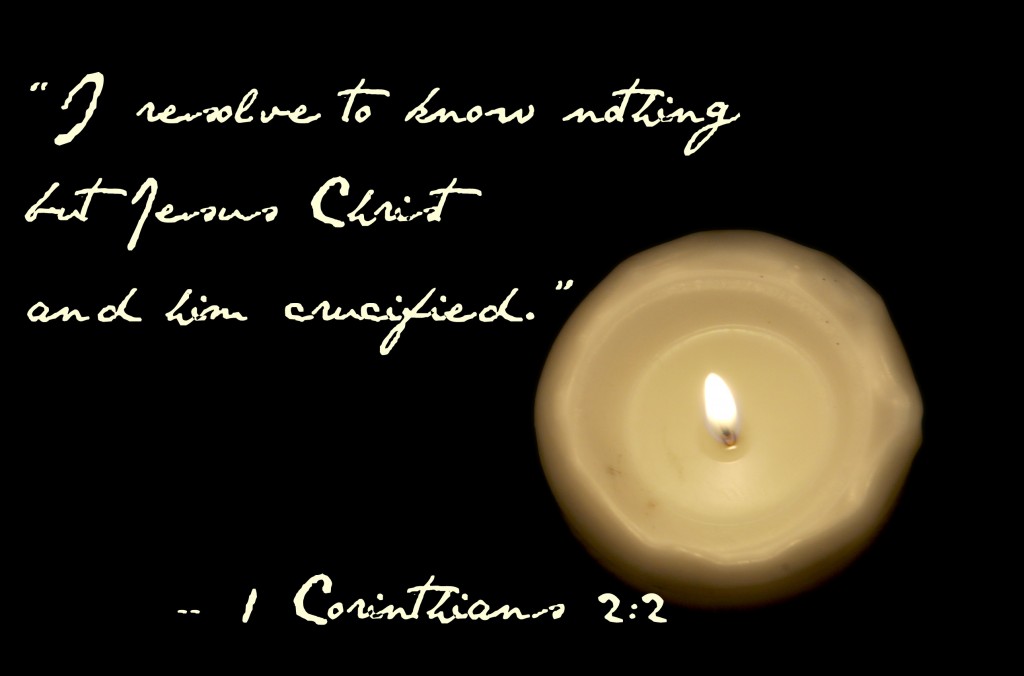