He Loves Us That Much 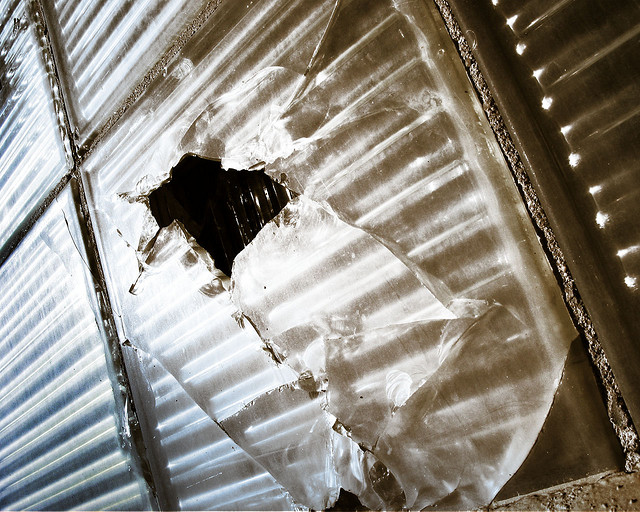 The glass shattered, and somewhere on the other side of a broken garage window, my cousin’s carelessly tossed rock landed with a discernible thud. My cousin and I sprinted like mad for cover down an alleyway. A voice cried out after us: “You kids get back here!”

We ducked behind a shed, and my cousin begged me to take the blame when we got back to Grandma’s house. He said Grandma would be far less harsh with me than with him, which was probably true. So would I please confess to breaking the old man’s garage-door window?

But I flatly refused. What kind of reasonable person would risk punishment for the criminal act of another? Pay the crime; do the time. That’s what I figured. I mean, I would never be someone else’s fall guy. But my Savior would. And did.

He took the punishment for every rock thrown, every evil plan conceived, every rancid word spoken, every temptation ever acted upon. He died for once and for all. And for me.

This sacrificial act was foreshadowed centuries earlier, when God instructed Aaron to gather two goats on the Day of Atonement.

He is to lay both hands on the head of the live goat and confess over it all the wickedness and rebellion of the Israelites—all their sins—and put them on the goat’s head. He shall send the goat away into the desert in the care of a man appointed for the task. The goat will carry on itself all their sins to a solitary place; and the man shall release it in the desert.

The first goat was sacrificed. Then, Aaron brought forward the live goat. Scripture tells us that Aaron placed both of his hands on the live goat, heaping all of the peoples’ sins onto that animal, the scapegoat, or azazel. The azazel was sent away into the desert, carrying all of their sins with him. In Hebrew, azazel means “entire removal.” Franz Delitzsch, a German theologian, aptly called the Day of Atonement “the Good Friday of the Old Testament.”

On Calvary’s Good Friday, Christ became my Scapegoat. He carried our sins away, an “entire removal.” He willingly did the unthinkable thing that no one else would have dared do–

He lay down his unstained life for the guilty.

QUESTIONS FOR REFLECTION: When you think of Jesus as your Scapegoat, how does this impact you in your spirit today? In what ways has Christ’s sacrifice become personal for you this Lenten season?

PRAYER: Dear Lord, it astounds me how far you went to save me from my sin—all the way to the cross. You were our “fall guy,” willingly taking the punishment we deserved. What kind of reasonable person would do such a thing? The answer, thank God, is you. Thank you for your amazing grace, which saved a wretch like me. Amen. 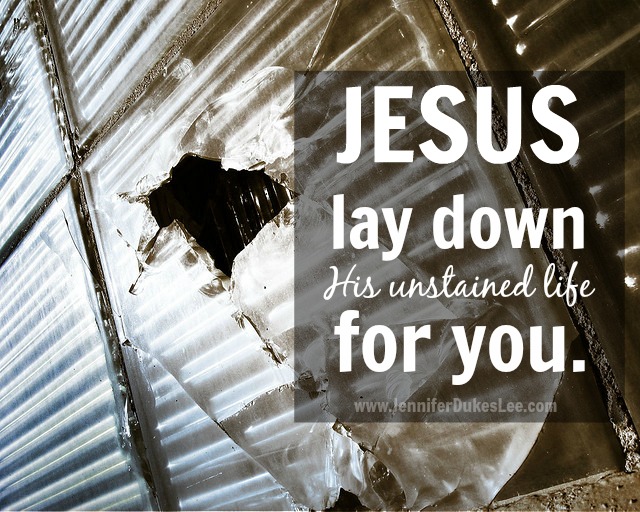 (NOTE: This post first appeared as a Lenten devotional published by The High Calling.)