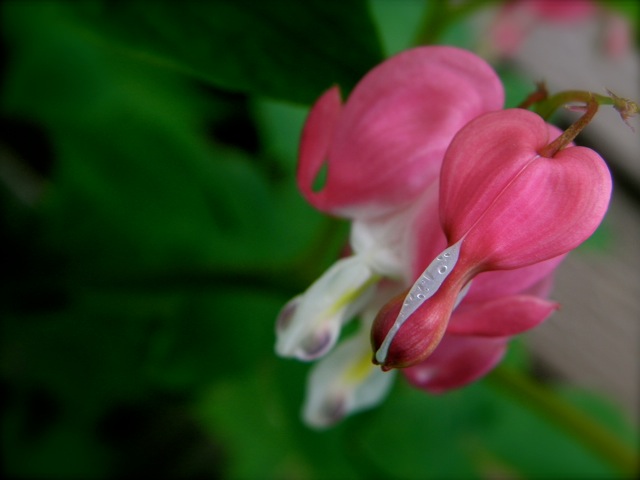 I am honored to publish these words here today.

This is Susan’s story. But actually, she wants you to know, this is God’s story.

(Thank you, beautiful Susan, for sharing your heart like this.)

You can find Susan at her blog, Just … a moment. She is a gifted photographer. (Photos here today are Susan’s.)

Be sure to click on the audio recording at the end of the post, where Susan tells her story. (Email subscribers, you may need to click over to Getting Down With Jesus to hear the recording.)

This particular leg of the story began on an August Saturday in Montana’s “Big Sky” country. My husband had recently flown to Texas for Officer’s Training in the Air Force. My brother, my parents, and myself were half-way home from a vacation in Minnesota, headed toward Washington State. They were in the front seat, I rested on the back seat. The year was 1967, and seat belts were still a novelty in all but the newer cars.

Suddenly, in a cacophonous whirlwind of noise and dirt and broken glass, life forever changed. We had been struck almost head-on by a driver passing illegally on a hill. The impact of the collision threw me to the floor, and in that split second, a spinal cord injury left me paralyzed from the chest down.

During the next hour, while we waited for the arrival of the ambulance, a middle-aged couple and their daughter attended to my father who sat in the ditch, dazed from hitting the windshield. They spoke reassuringly to my mother who remained in the front seat with a severely broken arm. They periodically checked with my brother who appeared to be okay, though shaken.

My brother, who is four years older than I am, remained by me. As he brushed broken glass from my face, I told him repeatedly that my legs felt as though they were bent backward. He assured me that was not the case. From his experience as an ambulance driver while in college, he knew what I didn’t.

Eventually, I was removed from the back seat into the waiting ambulance. During that transfer, I caught a glimpse of the couple who had stayed with us the entire time and was able to thank them. We never knew their names. I suspect it was “Saint” something.

An hour can be a very long time in the back of an ambulance. The Game Warden, who had heard the crash and presumably was the one who telephoned for help, rode in the back with me. My mother rode in the front. He asked if he could cut away my clothes; he thought it might help me be more comfortable, to breathe easier. I declined. Later, in the Emergency Room, my favorite blue jeans and blouse would be cut away.

It’s true what they say about Emergency Rooms. They asked if I had insurance, what my religious denomination was, how they could contact my husband. I told them that they couldn’t. That he had just enlisted in the AF and he was only to be contacted in case of an emergency. It took them several hours to convince me that it was okay to contact him. That this was a legitimate emergency.

Two days later, on August 28th, we observed our second anniversary in the ICU. I was on a Stryker frame which they turned every two hours. I was either face up, or face down. There had been surgery to fuse the vertebrae in my back with bone taken from my hip. I hurt.

I was also three months pregnant.

When the Doctor came in to deliver the post-surgery news that I would never walk again, I told him that it would be okay, that God would take care of me. My heart knew that God answered prayer; that I would be healed. The tears in his eyes said otherwise.

The Doctor thought I hadn’t understood what he said when he’d given me the news. I thought he didn’t understand about God, and it was time for me to be “better.”

There was six months worth of days and nights spent waiting. There were blood transfusions. There were tears. The nurses became friends and brought homemade Thanksgiving dinner and later, a Christmas tree which they decorated. The Doctor brought 6 of his 7 children to the room to sing Christmas Carols. The shy orderly brought flowers to keep my spirits up; flowers that had graced the rooms of patients who had died.

Early on a February Sunday morning our son was born. He was beautiful. Perfect in every way. And he was a redhead to boot.

My husband had been given a humanitarian assignment at the Great Falls Air Force Base which meant that he could come for the week-ends, so he was present.

My mother was also with us. She had stayed in Missoula while we waited for the birth. We were several hundred miles from our home in Washington State, and we knew no one.

Four weeks later, my son went home with his father and my mother. I didn’t. I had yet to learn to sit/balance in a wheelchair, how to transfer off and on a bed and into a car, and a myriad other things. Physical therapy would keep me in the hospital for another four weeks.

To say my heart was broken that day would be an understatement. I felt betrayed. By God. He had let me be a mother to a wonderful baby boy, and yet someone else would take him home to care for him. Yes, it was my husband and my mother, and for that I was thankful, but one doesn’t always think coherently when one’s heart is broken.

I was his mother. I longed to be with him. God loved me that day though I wasn’t aware of it.

One month later I did go home. To a home I had not yet seen. To a city we had never lived in until my husband’s assignment there. To a healthy baby boy. To a mother, who with my father’s blessing, had graciously agreed to help care for him, although it meant a lengthy separation for them. And to a life that had to be learned.

We were a bewildered bunch. In the midst of the wilderness. With daily provision. With grace for each day.

The Doctor had told me I’d be a bitter old woman before my time if I didn’t live that way; that one-day-at-a-time way. He was right. Forty-four years later he is still right.

My faith has faltered and fallen, bewildered, time after time. My faith knees have been scrapped and bruised. Theologies about this, that, and the other thing have come and gone. My husband is no longer my husband. My son is grown, and he and his family are a blessing always.

This one thing I know. God IS. God WAS. God WILL BE. Always faithful. Always good. Always love. One day at a time. 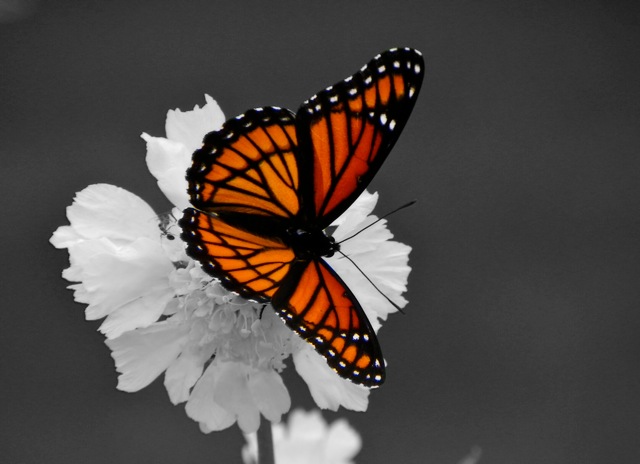