Doubting God: The Beginning of Faith 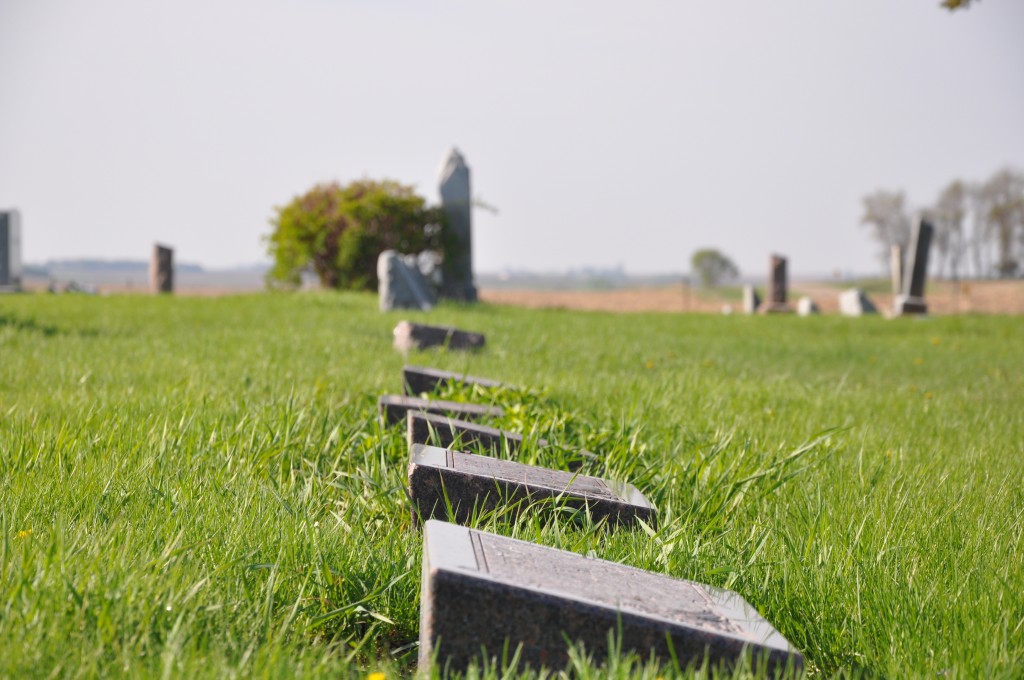 I was a freshman in high school, standing with my head bowed behind the cemetery shed, where they stored the lawnmower. It was noon on a late-winter day, and I waited for my cue, a military gun salute.

I leaned against the weather-beaten wooden planks — hard and cold like my faith — while holding a silver trumpet. The family huddled against the cold on folding chairs, under a blue tent, while the preacher read from a pocketsized book of last rites.

And I — the lone bugler — stepped from the behind the shed. I lifted the trumpet to my lips to play “Taps” in honor of the middle-aged man in the wooden box.

The notes rang out, mingling with pained cries. And I felt hollow on the inside.

Fourteen years old, and already I didn’t believe there was life beyond the grave. Not for me, or the man in the coffin, or for the hundreds of other sons and daughters already buried here — with names like Anderson and Benson and Larson.

“Taps,” a song that means “lights out,” was the melodic and literal end of all things. That’s how I saw it anyhow.

Death always exposed my doubt. And from a young age, it came around frequently, like a specter haunting our little Iowa town.

When townfolk died, Mom would walk us down the block to the old Sliefert funeral chapel, where our old friends were laid out in velvet-lined boxes. I peered over the edges of their caskets, and when I thought no one was looking, I would reach a hand in to feel the waxy coldness of death.

Death both repelled and attracted me.

In the summer, my little brother and I would visit the cemetery after the diggers finished making a gaping hole in the earth — before the mourners showed up. Curiosity drew us, and we’d lay on our stomachs giggling nervously as we looked into six-feet-deep holes  — dirty holes that swallowed up bodies and my faith.

As I grew older, the funeral home director started asking if I’d play “Taps” at the ceremonies of war heroes. The school principal always let me go. He thought it was a “good community service.” But sometimes, I wished he wouldn’t.

There was no escaping death. Or doubt.

I played the song — time after time — and it felt like these were the last bitter notes on the end of life.

But right there in the pain of doubt — at the edge of opened graves — I took important first steps in my discovery of life and death and faith in God. I began to ask questions that, ultimately, led to answers.

A modern-day Thomas, I doubted the very existence of a Risen Christ for much of my life — despite the fact that I grew up among believers. I remember at age 30, rediscovering Thomas’ story in my Bible.

I wept when I marked in green highlighter these words in my study notes: “Silent doubts rarely find answers.”

My doubting was not a curse, but a step toward a Savior who invites us to get close enough to touch his scars. He doesn’t turns His back on modern-day Thomases, but invites them closer.

And doubt? It isn’t meant to be a place of permanent residence. For me, it was the place from which I could grow, stepping out from behind the weather-worn shack to play a song.

And today, I pray that faith will be my anthem.

“Doubt is one foot lifted, poised to step forward or backward. There is no motion until the foot comes down.”
— The NIV Life Application Bible study notes in John 20

Linking up with Michelle DeRusha today. Michelle’s blog is worth checking out. And may I also suggest linking to her Facebook page by clicking here.  … Michelle is a terrific writer whose book will be out as soon as some publisher is wise enough to pick it up.