So I was in church Sunday and got to thinking about the GM bailout.

I mean, here I was, amidst hundreds of worshippers who were still taking in a terrific sermon. We were about to receive communion — the body and blood of Jesus Christ — and I was sitting there thinking of a GM bailout.

In my seat, I’m thinking about who “deserves” a bailout — if anyone does, really.

I’m thinking about promises that the rescue plan is failproof.

I’m thinking about how so much hope rests on a single plan.

I’m wondering whether those who are bailed out will try to repay. Or will this really amount to a donor-recipient relationship?

And then, all of this got me thinking about my previous night at a fundraiser for “The Greatest Gift” foundation. My friend Becky started the foundation as a support for “living donors” — people who, while still living, donate an organ so another person can live. Becky is a living donor. She gave part of her liver to her ailing brother.

So there I was in church — thinking about donors, and bailout plans, and living sacrifices, and how Jesus said love is when a guy will lay down his life for a friend.

The brassy communion tray was headed down my row by then, and I took a tiny plastic cup, filled halfway with wine. I passed the tray to the guy sitting to my left. When he reached for it, I saw that he wore one of those rubbery green bracelets on his right wrist. It read “Iowa Donor Network.” I found out later that this guy’s friend died in a motorcycle accident, and most of his organs were used to save the lives of many others.

So this guy was wearing a bracelet to remember the hope that rose from death.

I passed him the tray, and then got so worked up over this massive bailout plan that I began to cry.

All because of the General Motors bailout? Not even close.

This GM Bailout: The God-Man Bailout. My failproof rescue plan. The plan by which I’ve been saved.

I don’t deserve it, but I got it. All my hope rests on a single plan — God coming down to Earth as a baby. And I couldn’t stop thinking about it on Sunday, sitting next to a stranger wearing a donor bracelet.

You see, this stranger and I are both the recipients of the biggest donor-initiated bailout in world history. And neither of us owes a thing. The price has already been paid. 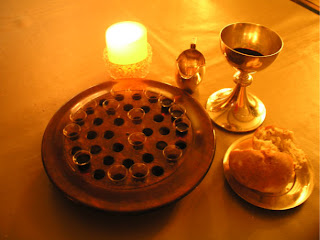